Armor Stands Turn Black When They're In A Solid Block [1.12]

As you can see the left one turned black.

Here you can see how the armorstands are positioned. I tried everything from PersistenceRequired tags until small armorstands but I really don't find any way to avoid that dark effect. Also when I use small armor stands the skull gets smaller to so thats not a solution.

Here you can see clearly how it works and when they turn darker.

and the reason is: 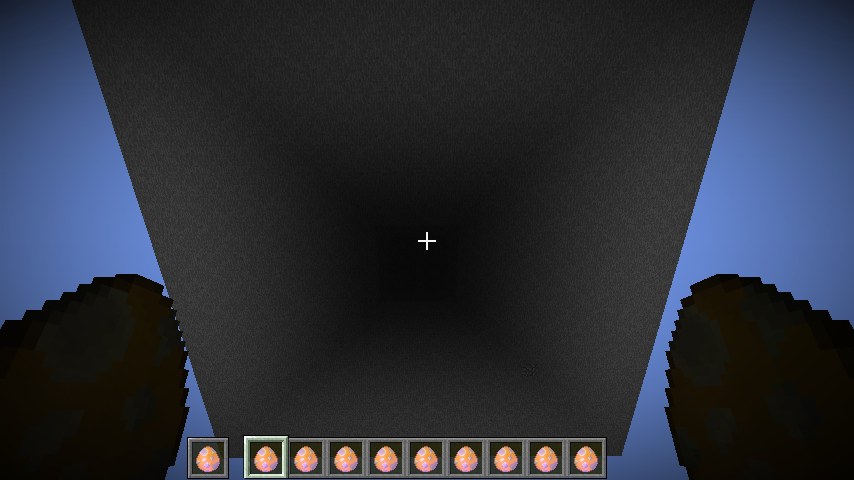 You might have noticed that entities are darker in darker areas. You can see that very clear on the arm of your player in first person mode, if you compare it in bright daylight and inside a cave. This darkness is to simulate the absence of light. The darkness of entities is determined by the light level of the block in which the feet are situated.

Now for your armourstand: The feet are obviously in a very dark spot, because the armourstand turns black. This is because opaque blocks don't transfer any light. The light inside the block is therefore 0. The armourstand reads this value in the block and will adapt its darkness accordingly.

If you want to avoid having the blasted dark spot, just make a repeating command block that is always active with this command inside (you can also use this in 1.13):/execute @e[type=armor_stand] ~ ~ ~ setblock ~ ~-1 ~ minecraft:air 0 replace

I tilted the head down so the armor stand can fit into the block and instead of using a yellow head you could use something like yellow concrete. (The command was made for 1.13)

5
I'm stuck and I can't move!
0
Thermal expansion machines have black fronts
0
Adding a particle effect to armor stands
1
How can I walk around regularly while in the ground?
4
My command-block augmented sword isn't freezing players when they're hit!
1
Kill all armor stands within a block except one Minecraft
1
How to lock slot interaction to armor stands?