When negotiating a trade agreement the game says

The more resources you own, the higher the chance this faction will sign the treaty 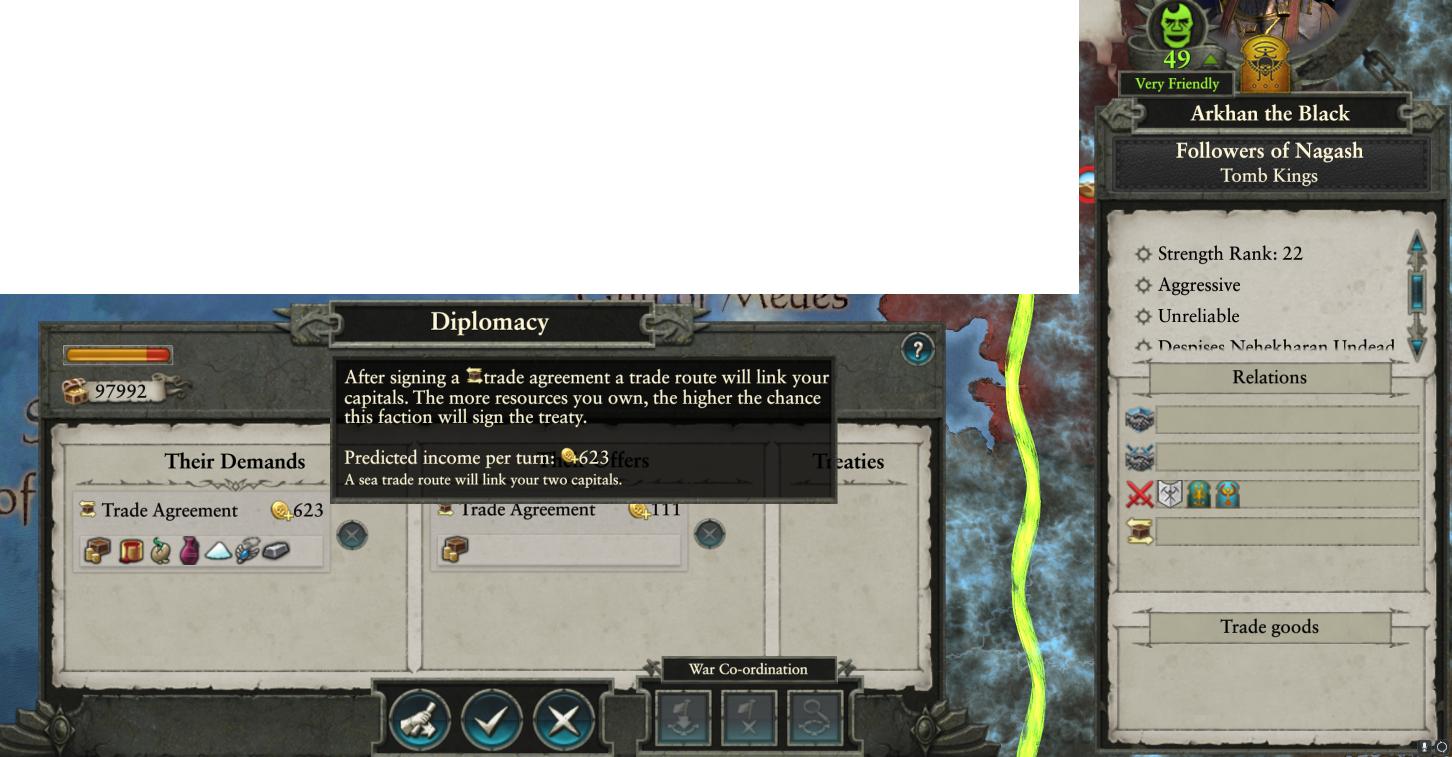 First of all this is not true because Tomb Kings won't be using many of my resources, so they don't matter.
More importantly, this suggests that the other side benefits from my having more resources.

That seems strange to me, I should be the beneficiary from having more resources.

The UI can be a bit confusing here.

Think of it as "I gain this much money for exporting this and that".

So, in your example, you'll earn 620 gold per turn and no resources, while Arkhan gains 110 gold and all those resources on your side.

Note: The Tomb Kings are the only faction, which actually uses resources for their mortuary cult mechanic (edit: a similar mechanic called forging has been added for dwarves in Warhammer 2 only since posting this answer originally). For all other factions, resources only increase the value of trade agreements. So, you are generally correct in the assumption, that those resources aren't actually used by the trade partner, however not in this specific example.

I also have never seen any evidence, that having more resources to trade increases the likelihood of someone accepting a trade agreement. The diplomacy system is very obfuscated here. I've seen factions with +200 relations refuse a profitable trade for them and factions with +5 relations accept the same trade.

Not the answer you're looking for? Browse other questions tagged warhammer-total-war or ask your own question.