Is Pearl the first Nintendo character to swear?

Splatoon 2's Octo Expansion has a song called "#$@%* Dudes Be #$@%* Sleepin", which was Pearl's demo before she joined Off The Hook. In it, Pearl earns a lengthy bleep to cover up some kind of expletives.

Have there been any other first party Nintendo characters that canonically said an expletive, in text or vocally?

EarthBound has some crappy dialogue. For Nintendo in the early 90's, this might have been a surprise. (s) 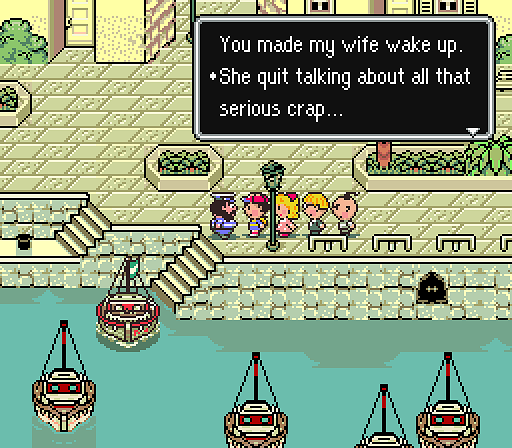 We don't technically know what character's narrating the DK Rap, but we do know they got washed the heck out with soap for the Melee remix. (s) 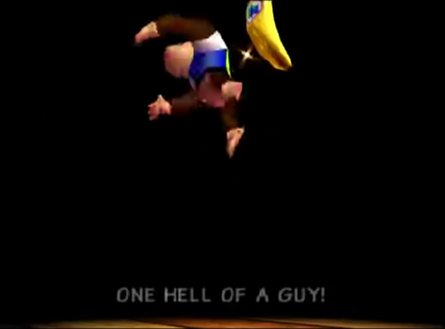 The fact that this line in Metroid Prime 3 was changed to "No!" in the Trilogy re-release is the real damming issue. (s) 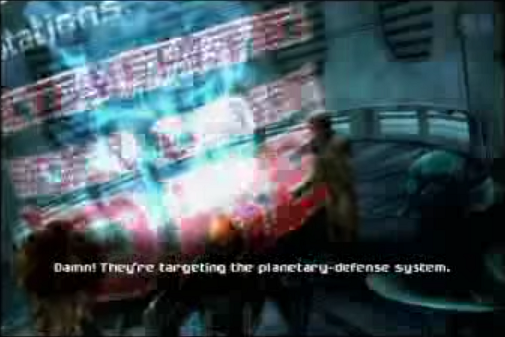 Xenoblade Chronicles was done by Nintendo of Europe, and it has a fair amount of people being dammed and hells being raised. (s) 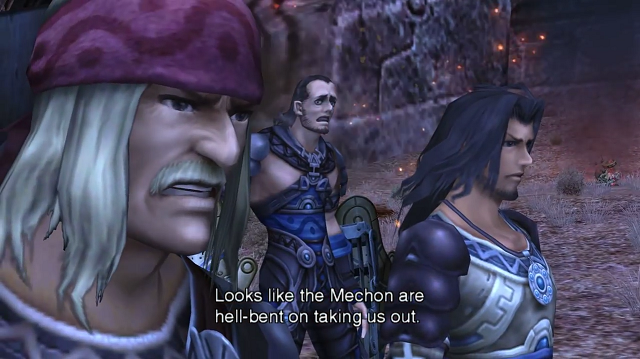 I came by this picture from Reddit. It is a screenshot from the game "Mario + Rabbids Kingdom Battle". There is also swearing there (although expletive). 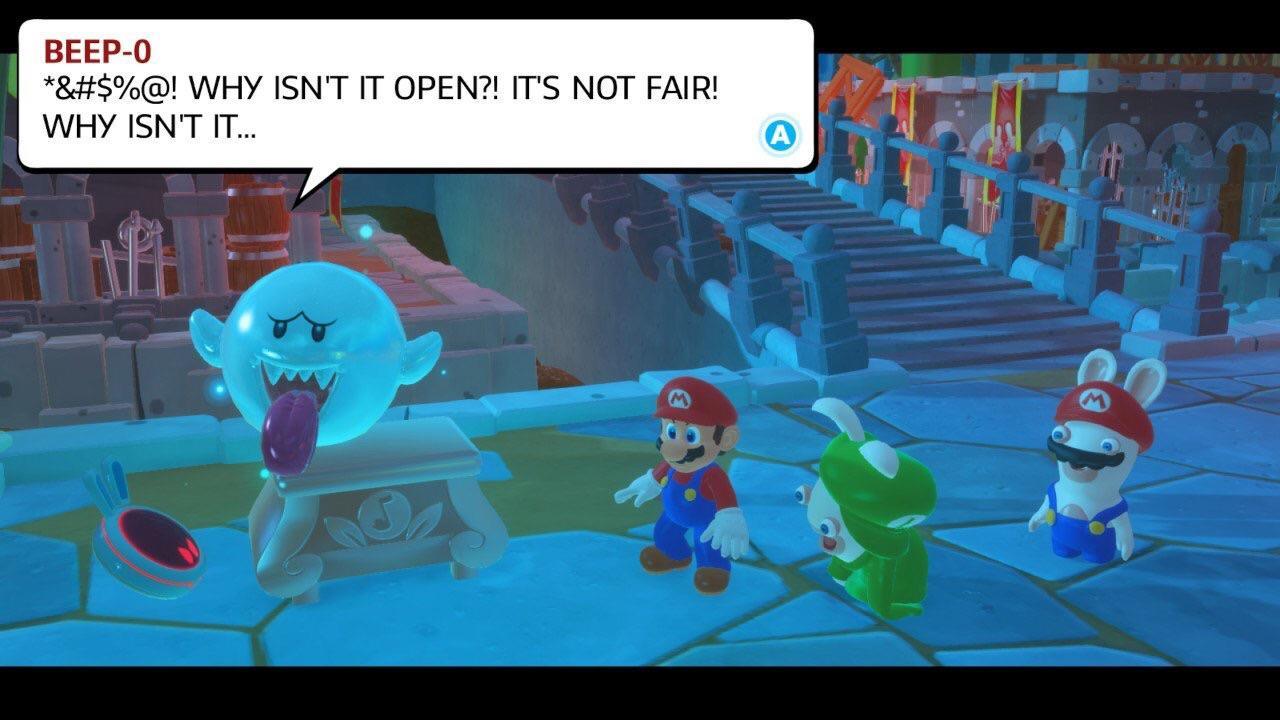 In the comments from above Reddit's post, I see there is also referred to Peach 'swearing' in the game "Mario & Luigi Superstar Saga". In that game, the bad words are coming out of her mouths as bombs:

ehluigi:
That wasn't swearing though, that was her words coming out as bombs instead of words.

9
Was the Atari 2600 the first home console to have a screen saver?
4
What was the first Mario game that featured taking Bowser down with 3 hits
10
What was the first console or handheld to have a user interface outside of games?
42
Which game first introduced the concept of weapon recoil?