Can I use games already installed on Xbox 360 hard drive?

I just bought an Xbox 360 hard disk, with previously installed games. Inspecting it with FatXplorer, I can see a list; some games are shown as "Console Signed" and others as "PIRS Signed" 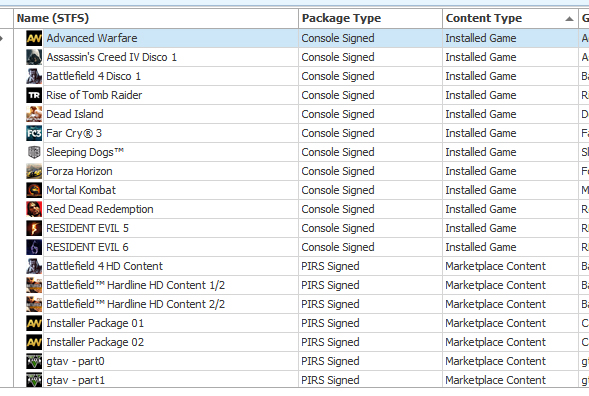 I don't have my X360 working at the moment, so I can't test, but my question is: will I be able to play these games in future, installing this HD (obviously on a different console than the one it was before), and logging into my own XBox account? Or do I need something else? Can the previous owner "reclaim" the property over these games using his own gamertag?

Games installed via disk still require the disk to be inserted to run them. Downloaded content from the marketplace requires the buyer to still be signed into the system or have the system be set as the buyer's home system.

You shouldn't be able to play any of the games previously installed.

44
Should I install Xbox 360 games to my hard drive?
10
Backing up my 360 Save Games to USB stick
8
Can I have 2 XBOX Live accounts from different countries on the same 360?
0
How can I play an XBox 360 game if the disk is unreadable?
3
Destiny XBOX 360 Hard Drive Question
0
Xbox Hard drive
2
Why do I get a 10 minute countdown when going offline?
1
Changing Xbox 360 profile settings from Xbox One