What video game is shown at 11:31 mark of Raycevick's "Guns, Gorillas, Gaming"?

At 11:31 mark of Raycevick's video Guns, Gorillas, Gaming there's a footage of Japanese/Chinese/Korean-themed airship approaching a giant pair of stone hands, followed by a cut to a weird-looking humanoid skeleton being reconstructed. 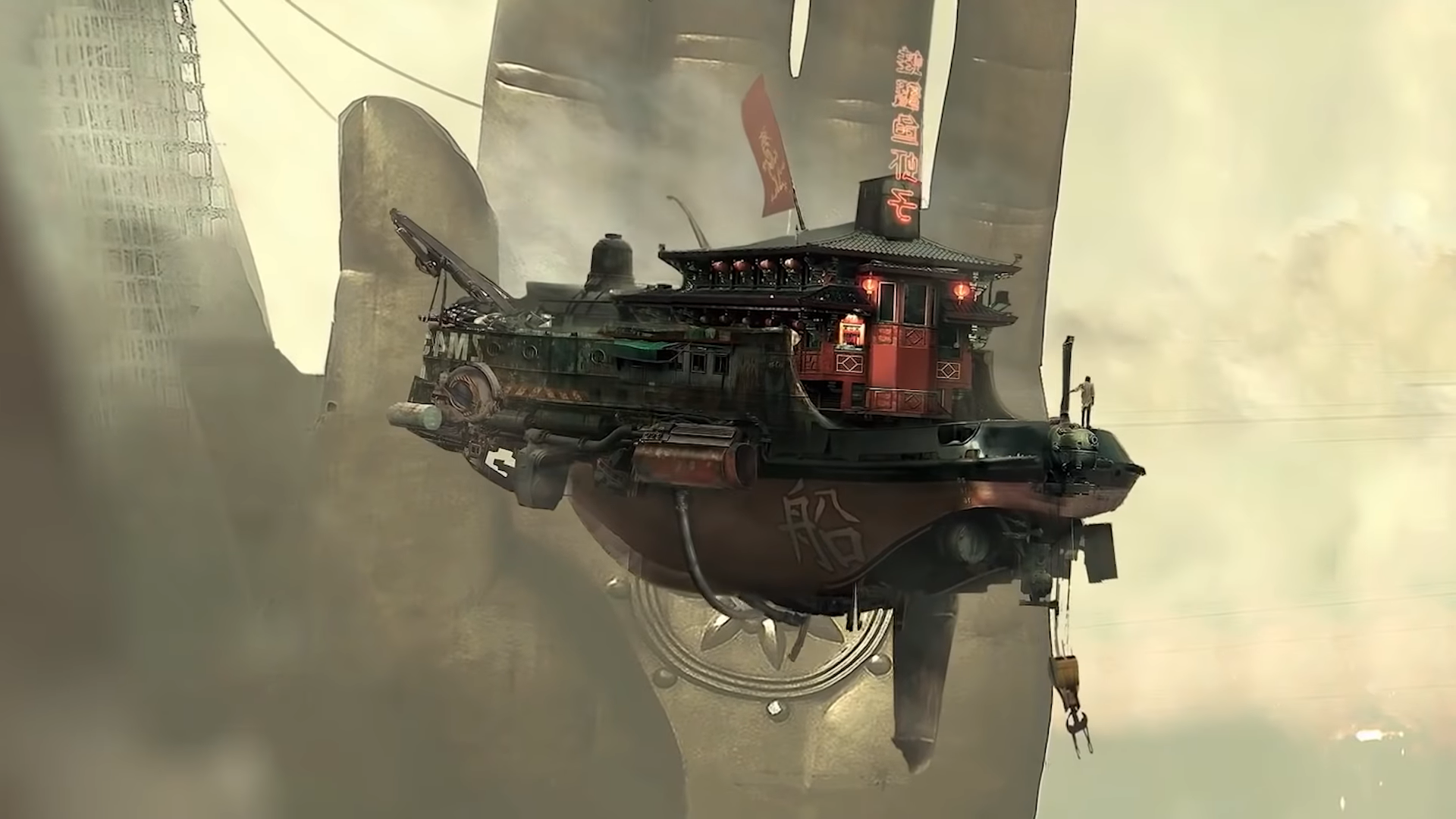 What video game is that? Is this a cutscene from a released game, an art/story trailer for an abandoware, or a teaser for an in-development title?

It's Beyond Good & Evil 2, as Wondercricket originally thought. It can be seen here in a gameplay demo at E3 at 16:16.