What attacks can I block with the Guard Up Skill that I normally coudn't?

Guard Lv. 5 already allows you to block truly ludicrous things such as a Rathalos' fireball or even the Nergigante's dive bomb attack.

There is however the set bonus of the Uragaan armor: 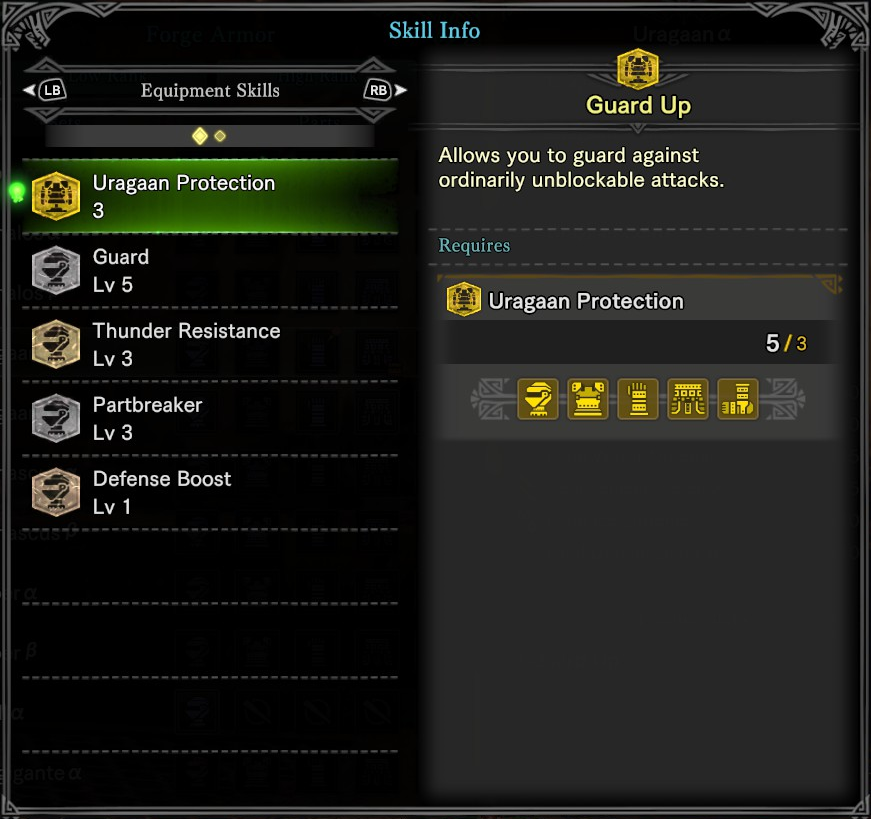 What exactly is meant by an "ordinarily unblockable attack"?

Beam or gas attacks are normally unblockable, but can be blocked with Guard Up. This includes:

Additionally, some attacks can not be blocked even with Guard Up, such as:

Not the answer you're looking for? Browse other questions tagged monster-hunter-world or ask your own question.

8
Can the Lance's power guard block normally unblockable attacks?
2
What is the damage of the explosive Palico attacks?
4
How can I deal the most damage with the Wyrmstake Blast?
3
What causes Safi'jiiva to use Sapphire of the Emperor with no cover?