How does the changing of weather affect Pokemon that have already spawned?

My brother and I caught two Piplup in Pokemon Go at the exact same spot. I caught it first whilst it was raining (boosting it). It was level 35 with 10-14-14 IVs, well above the weather-boosted IV floor of 4. 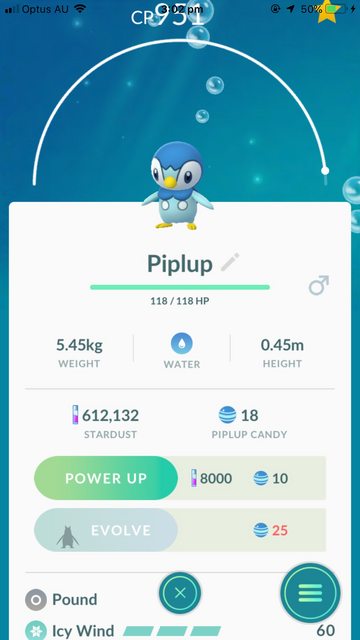 By the time my brother found it, about a minute later, the weather had changed to windy. He caught it. The Pokemon's level had not only lowered to level 30, but also the IVs had lowered to 10-05-06. 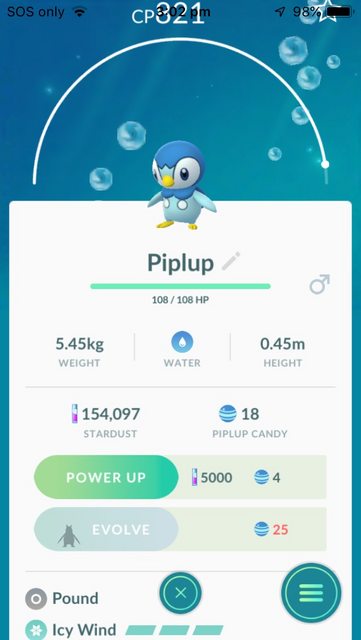 Normally when we find Pokemon together, they share the exact same characteristics (IVs, moves, weight, height, gender, level). The only differences between the Pokemon we have are the Pokemon's level if they are very high (I am level 37, he is level 33 - when his level was lower, he couldn't catch some of the very high level Pokemon that I could and their levels were lowered for his catch). Whilst I know that people can catch the same Pokemon with different IVs, we have never found that to be the case amongst ourselves. In this case, both the level and IVs have lowered. Of note that my brother can normally catch Pokemon of the same level as my level 35 Piplup (and I can confirm that it doesn't lower if I attempt to trade it to him).

My question is, amongst people who normally find identical Pokemon, does the weather changing spontaneously immediately change Pokemon's level and re-randomises the Pokemon's IVs? I was of the opinion beforehand that it only affects Pokemon's IVs and level once they were spawned.

The weatherboost is something different that above effect, but well understood. The maximum level is increased by 35, and the minimum IV is 4 (instead of 0). But when the weather changes, this boost is removed! When this happens, the Pokemon loses 5 levels (I am not sure if he always loses 5 levels or only when it is above the 'normal' maximum level of 30) and has its IV (and probably other stuff as well, but according to your screenshots not) re-rolled. This happens immediately after the weather has changed, so on the hour change exactly.

7
Does CP multiplier roll when evolving affect the max potential of the Pokémon?
32
Can I re-encounter a pokemon that ran away from me?
8
Should I keep Pokemon with high CP, Attack, or Weight?
2
Does a pokemon caught at an early level reach the same potential as a pokemon caught at a high level
1
Why do the IVs change based on level?
2
Are the bottom-most Pokemon in a high-level Gym the most important ones?
9
Is there an opposite to the "Weather Boost"?
7
How is ditto affected by weather boosts?
3
What determines a Pokemon's Hidden Power type in Pokemon Go?