When i take screenshots on my Ps Vita (Ps Button + Start) they do not appear, or appear as black images, but this only seems to happen with games. Does anyone know how to fix it?

This limitation can be removed on Vita consoles via Homebrew with a plugin called pngshot. The plugin will not only remove the screenshot limitation but also remove any watermarks when applicable and store the images as PNG Files.

As an example, here is a screenshot of Hatsune Miku: Project Diva (the original PSP Game) taken directly from a PS Vita with pngshot: 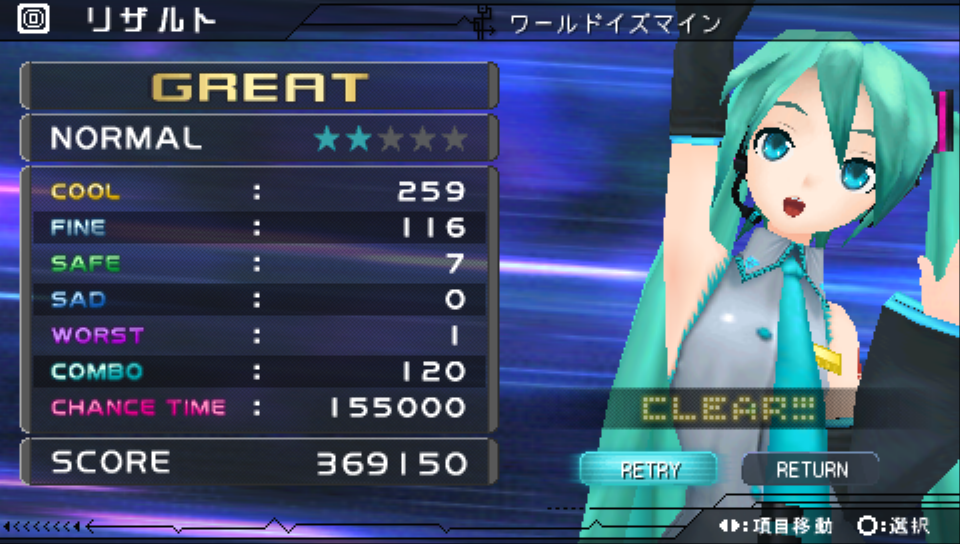 3
PS Vita doesn't wake back up
8
Where are Vita saves stored?
12
Trophies in pre-owned Vita game
1
PS Vita Internet Connection not connecting
1
Is there a way to easily find DLC for a game on the Vita?
1
Why is my music becoming corrupted on my PS Vita?
1
Can I turn off my PS4 with my Vita using Remote Play?
3
Are the cables for a PS Vita Charger proprietary to Sony?
2
How do I know if a PS Vita game is compatible with the PS TV?