Is possible to complete the 100% of GTA V by choosing the A or B endings?

On GTA V, two of the three endings requires you to kill someone important.

There is the ending A called Something Sensible that makes you

Is possible to get the 100% of the game by choosing one of this endings? (maybe by completing all of the character-specific missions after The Big Score and prior to the ending)

Before going to the last mission trigger, it is advisable to complete any remaining side-missions, etc. that may be required for 100% completion first as, depending on the player's choice, Michael or Trevor may no longer be available beyond this point, thereby rendering any activities/side missions specific to them inaccessible (even though their missions are not required for 100% completion). If Michael or Trevor possess any rare vehicle the player doesn't wish to lose, cars should also be exchanged before starting the final mission. Unless the player has already completed everything else (except Lester's assassination missions and other Franklin-specific sidequests), they must be careful not to take Franklin to his safehouse so as not to trigger the endgame.

"even though their missions are not required for 100% completion".
So yes it is possible to get 100% completion with ending A or B. It doesn't matter which ending you choose. Because you can't play the side missions after you killed one of them, you might want to complete them before you kill the character.

Yes, character specific missions for T and M like Strangers and Freaks are not required for the 100%.

First, I went to look for the 100% world record of GTA V. The reason is that the ending C is the one that takes the most out of the 3 so I didn't think that it was the ideal time-wise for a speedrun.

At the time of writing, the record is held by burhac with 09:32:12. I started scrolling the VOD until he went for the last mission of the game.

When Franklin has to pick an ending, he chooses B: 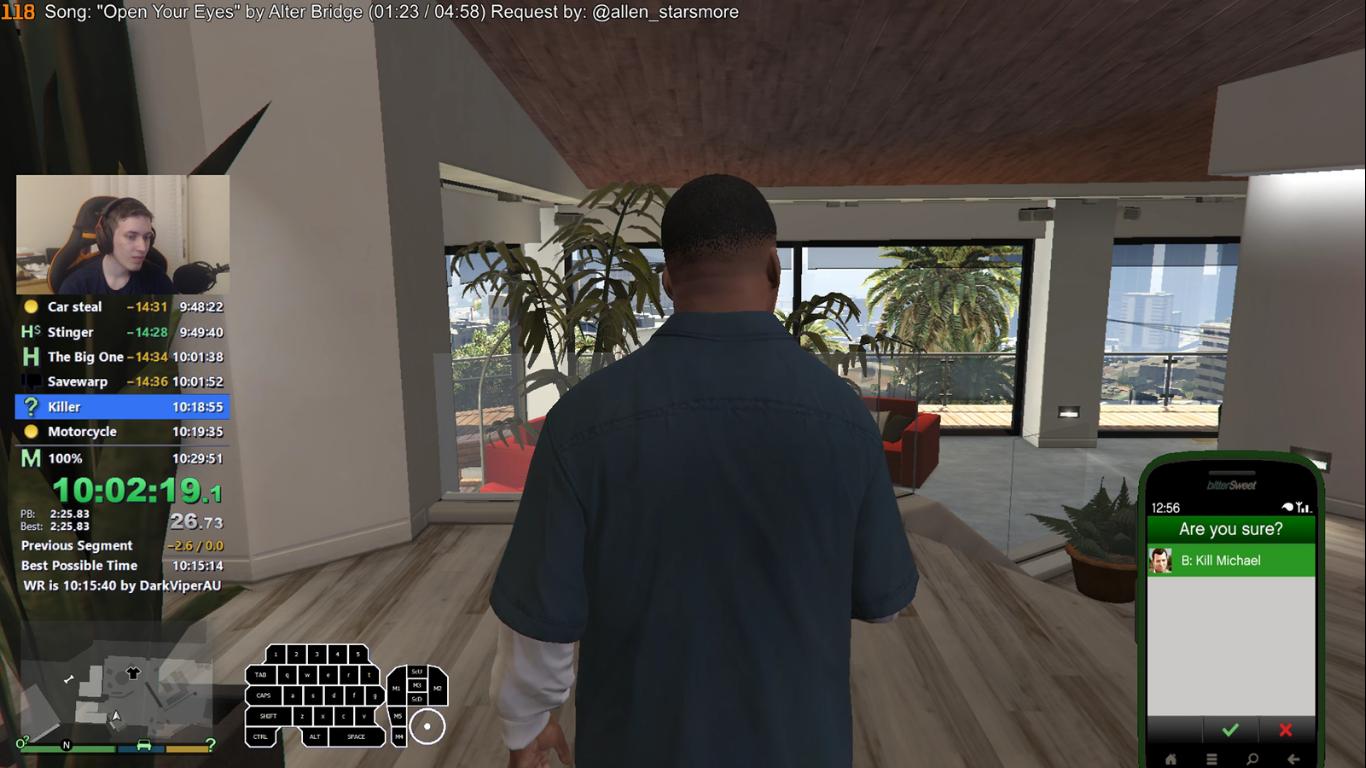 I continued watching the speedrun until he had to play the selected ending, and I confirmed again that it was the ending B: 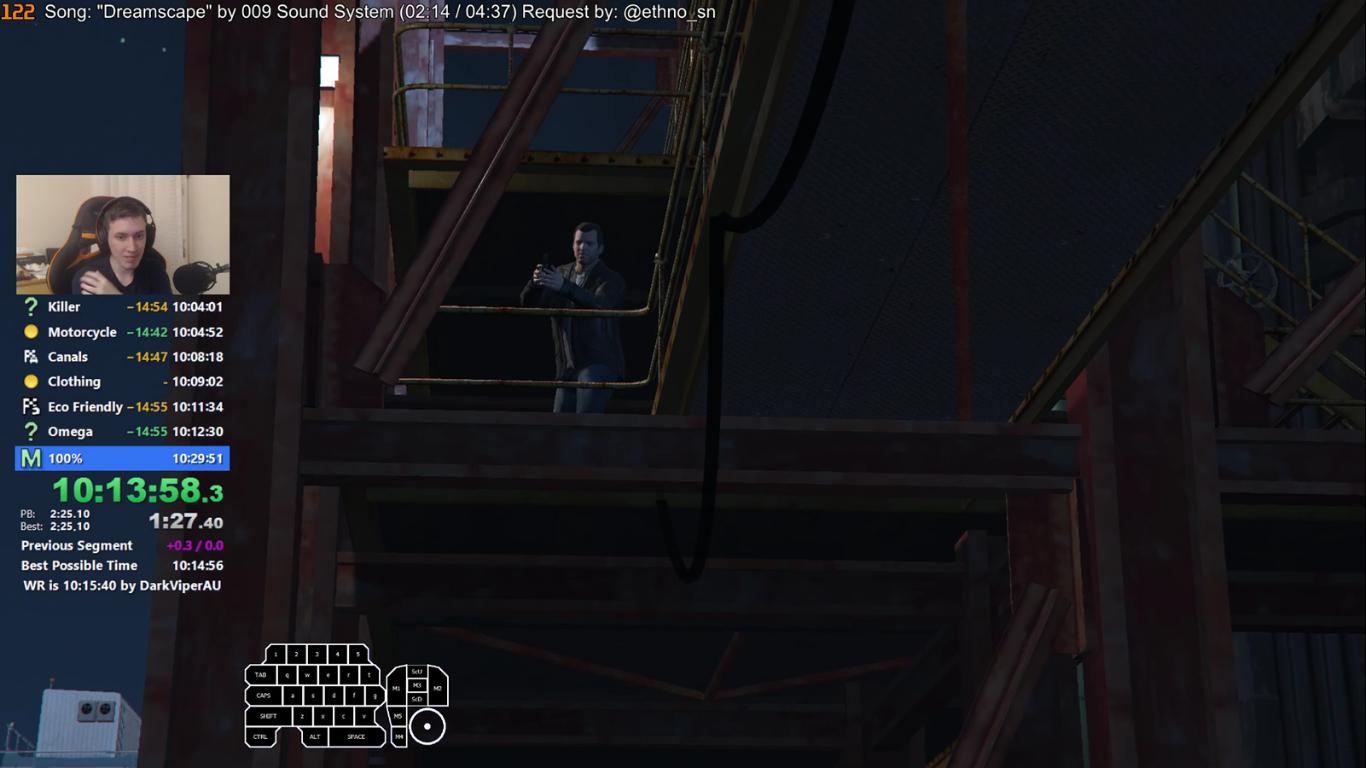 After completing that final mission, he finishes the run and opens the 100% completion tab on the stats section of the pause menu: 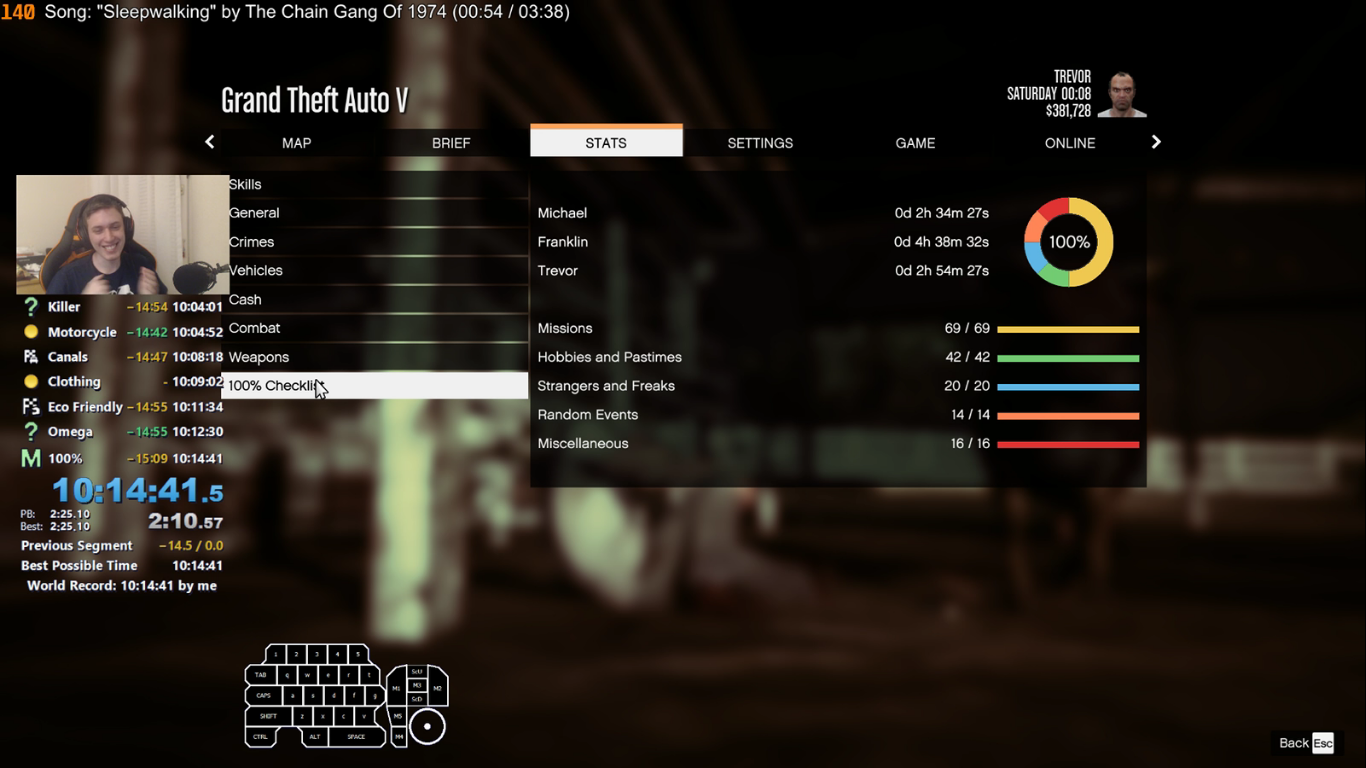 Behold a 100% savegame with an the endings where one of the protagonists die.

At the end, a 100% in Grand Theft Auto V with the endings A or B require the following:

10
Do any of the characters from GTA: San Andreas make an appearance in GTA 5?
5
Is it possible to beat the main story of GTA V using only non-lethal weapons and tactics?
3
I got the getaway car stuck in GTA V. How do I complete the mission?
2
Choosing my ending in GTA 5
0
GTA V and the GTA V iFruit app
3
Is it possible to transfer singleplayer progression between console generations in GTA V?
5
What's the last GTA V Franklin mission?
1
GTA V - The Liberator
2
Do I need to play any of the previous GTA games before playing GTA V?