Does the type of hard drive affect load times for an Xbox 360 Slim?

I currently have a 300 GB solid-state external USB 2.0 hard drive connected to my Xbox 360 slim and install / load games from it.

Would load times in my games improve if I use the SATA drives (instead of the USB hard drive) like shown in the picture below?

There were some conflicting information when I looked into it (i.e.: here). If anyone did a test comparison on these two types of storage on the Xbox 360S, it could help answer the question. 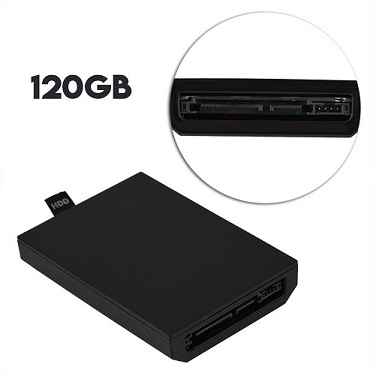 Even with this, I expect you would see performance gains from using the SATA drive. Ideally you don't want to be using an external drive for gaming through USB as this takes more processing of the data going going back and forth, external drives aren't built for constant read/write speed the way internal ones are, and USB is just slower than SATA all day long.

Conclusion: Use the current internal SATA that you have and if you want even faster performance consider investing in a SATA II SSD where you'll really see your storage bottleneck disappear.

As an addition to @Adan's answer, I had purchased an official 320GB Microsoft hard drive for the Xbox 360S and ran a benchmark comparison test on a game with known long loading times, Skyrim.

From five tests under the same conditions, the average load times going into and out of an area in the game (Dragonsreach) were as follows:

Assuming my Microsoft hard drive is a SATA I HDD, its theoretical 5x speed advantage (150 MB/s for SATA I vs. 35 MB/s for USB 2.0) could be compromised by other real-performance bottlenecks.

I also did similar tests on other games (purchased / downloaded content) and noticed about the same load times regardless of using a USB 2.0 or an Microsoft HDD.

Not the answer you're looking for? Browse other questions tagged xbox-360 performance hard-drive or ask your own question.

1
Resetting Xbox 360 hard drive to default settings
3
XBOX 360 Arcade multiple USB flash drives
3
Does a flash drive give better performance than a hard drive for games on a Xbox 360?
1
Adding external hard drive to Xbox 360 causes problems
2
Xbox 360 Flash Drives and Original Xbox Games
3
Destiny XBOX 360 Hard Drive Question
0
How do I Put an External Drive into My Xbox 360 Slim?
14
For PC gaming on external storage, should I use Flash or HDD (hard disk drive)?