Is anybody aware of what the new additions will be to the rune pages in preparation for the next ranked season? From what I've heard it's an additional tree to select from but I'm not sure what you can chose from.

There won't be too many changes with runes this upcoming season. The biggest difference is that the set bonuses that you get from specific rune path combos will now be separated out into their own stat block.

In season 9, instead of being locked into those stats based on which rune trees you choose, you will get to pick directly from a set of stats to bring into the game. 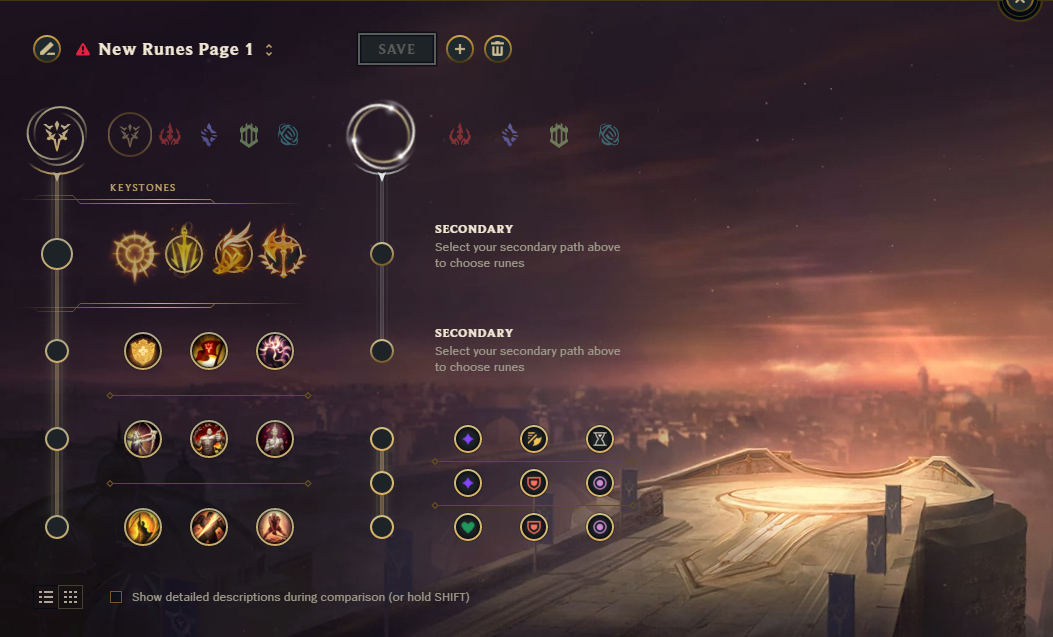 In the middle bottom of the image above, you can see that there are 3 new rows of icons to choose. You get to choose one from each row. The bonuses are currently:

3
How many free rune pages do you start with?
12
What is the "halo" under all my runes?
1
If I drop from Gold to Silver in Ranked, which splash art border will I receive at the end of Season 3?
0
Ranked Teams question?
1
Does ranked premade 5v5 MMR affect your 5v5 normal premade matchmaking?
0
Does MMR get reset towards average at the end of the season?
1
Is rank still a good indicator of personal skill with the new Dynamic Queue?
1
New ranked banked days LOL season 2021
2
Is it worth it to play around with rune pages or should I stick to guides?