What is the extra stat point?

My Eevee leveled up, and got more stat points, just like every other generation so far. However, there is an extra stat point, as shown in the yellow circle. Why is this, and can I influence it? Eevee is my starter, if it matters. 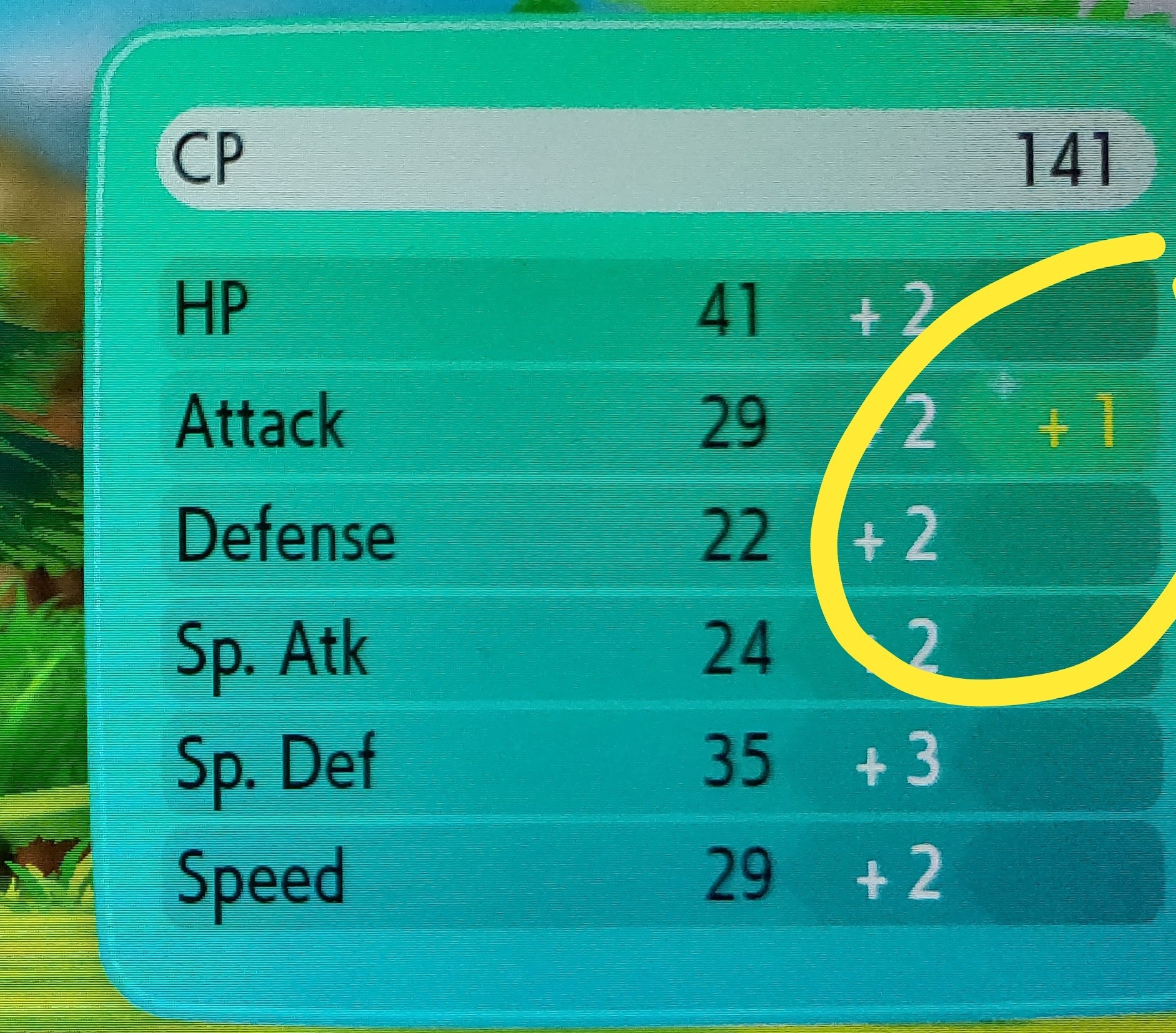 Based on a few articles and guides, the yellow "+1" you are seeing is known as an Awakening Value (AV). In the Let’s Go series, AVs are to replace the normal Effort Values (EVs) from the core series.

The purpose of AVs is to increase the overall stats of your Pokémon. Based on information from the sources, each stat can have a maximum of 200 AVs.

According to Serebii, as well as personal experience, the AV that increases after leveling up appears to be random.

A guaranteed way to influence and increase a Pokémon's AVs is to use candy from the Candy Jar in your bag. As the AVs increase, so will the number of candy to further increase the stat.

Not the answer you're looking for? Browse other questions tagged pokemon-lets-go or ask your own question.

1
How does the judge function work?

1
How does the judge function work?
4
What is the prompt of a pikachu wagging a joycon mean?
9
What is the breakdown on the Catch XP Multiplier
4
What do I do with things my Pokemon pick up?
8
What is the fastest way to get to Fuchsia city?
1
Catch Snorlax on the bridge
3
Pokémon Let's Go: What is the increased capture rate after capturing x amount of a certain Pokémon?
1
What Pokémon are available in limited quantities?
2
Pokemon Let's Go - What is the greyed out button in play with partner menu?