What game was being played on The Office?

This was in an episode of The Office: 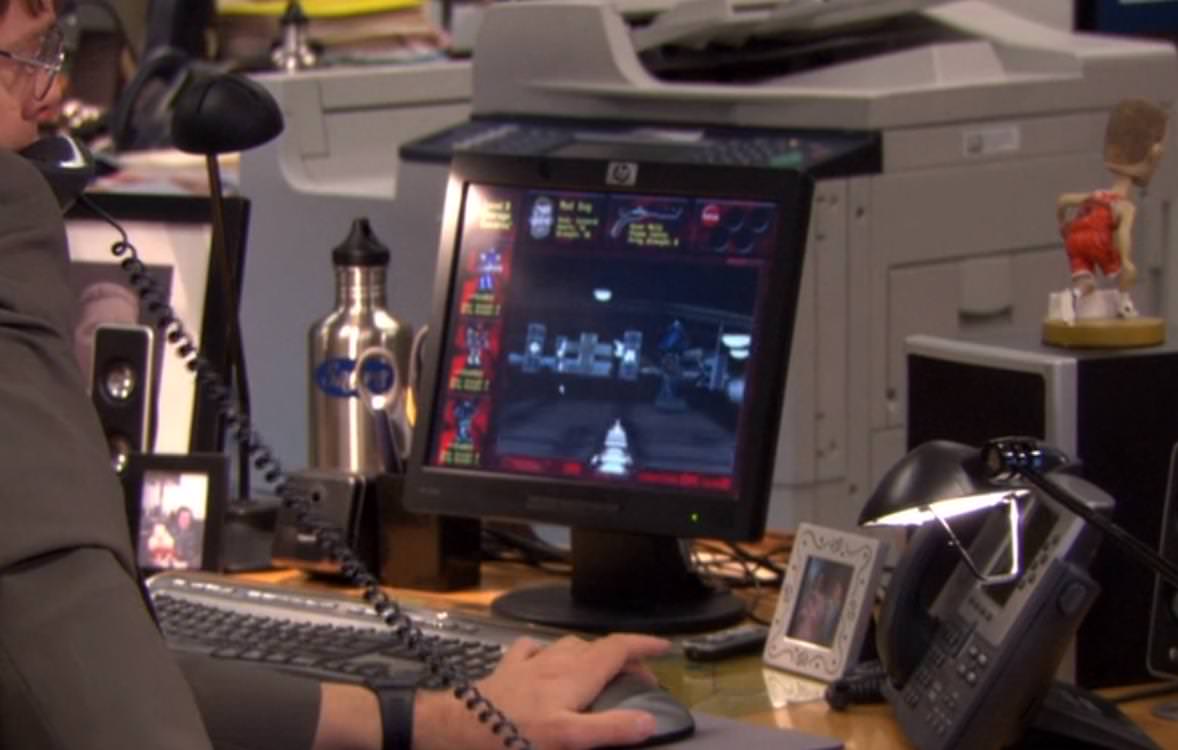 I googled and absolutely nobody seems to know what it is. The answers I've seen have been Doom, Quake, Strife, Blake Stone, Marathon, Rise of the Triad, and all of those are wrong. Other people have said it's a fake game made by the production team, but I seriously doubt they would go through all that effort, considering they've shown real games being played on the show several times.

Which game is it?

This is a fake game. A demo created specifically for the show made to look similar to real games.

Watch here (thanks @BlueRaja for providing the video link), shown between 1:30 and 2:30

All of this leads me to the conclusion, that this is an animation made to look like a 90s FPS specifically for the show. Why do this? When you show a real game, you run into licensing trouble. The game must be credited and you need permission from the owners to show it. Especially, when the game is just an unimportant background element, the games owner has little incentive to consider it advertisement. Thus it's simpler and cheaper to just create a short animation. This also means, the actor doesn't have to learn (at least rudimentary) how to play the game, they just need to pretend to play it.