What is new in Call of Duty: Modern Warfare 3?

There have been quite some Call of Duty games, so I'm wondering if a Modern Warfare 3 actually comes with some refreshing features that make it worth more than Modern Warfare 2.

What new features have been added to the game?

In a breif awnser

New single player missions carrying on where we ended MW2

New Spec ops missions ( Can be done on and offline)

You will engage enemy forces in New York, Paris, Berlin and other attack sites across the globe. The world stands on the brink, and Makarov is intent on bringing civilization to its knees. You will assume the role of various characters, changing perspectives throughout the story.

New non-playable characters that have been confirmed so far include Truck and Grunt, who form part of the Delta Force fire team alongside Frost and Sandman. A Delta Force operative named Grinch was also announced. 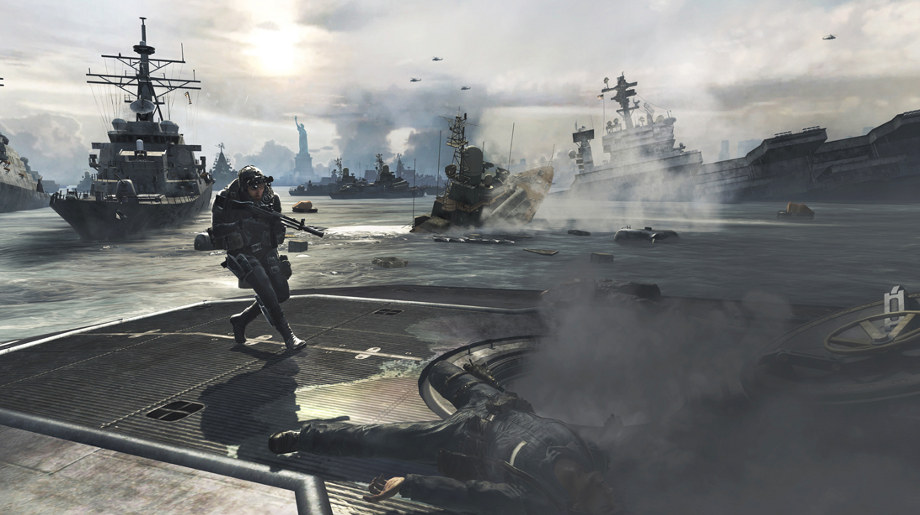 Multiplayer gets a serious buff!

Killstreaks have been redesigned, new game modes are being introduced, and a gun progression system evolves your weapons over time. Along with new perks, 16 maps and enhanced private match customization, multiplayer has been completely re-balanced and polished into the most intense and rewarding experience possible.

Killstreaks have been redesigned.

Killstreaks have been transformed into Pointstreaks, now rewarding players both for landing kills and completing objectives. Additionally, they have been broken up into three different categories, known as Strike Packages:

Weapons now rank up through use, unlocking additional attachments, reticules, camos and the new proficiency category. Weapon Proficiencies allow you to specialize your weapons with helpful attributes, such as Kick for reduced recoil and Impact for deeper penetration through hard surfaces.

Modes and maps can be customized.

All sixteen maps have been optimized for natural movement and intense combat. Each environment presents its own strategies and challenges, and a diverse collection of locales keeps every match fresh and interesting.

Along with the return of the fan favorites, several new game modes have been introduced. Collect dog tags from killed players in Kill Confirmed mode and prevent the other team from grabbing yours. In Team Defender mode, grab the flag and protect the flag carrier to increase your team’s score. Along with six new private match modes, multiplayer opens up a variety of entirely new scenarios.

Spec Ops will feature up to 48 stars, unlike Modern Warfare 2, which featured 69 stars. Some weapons in Spec Ops will be exclusive to Spec Ops and will not be available for play in multiplayer.

Earn experience and rank up with the newly implemented progression system. The higher the rank, the more weapons, air support, and gear armories you will have available to customize so you can change your tactics on the fly. In addition to the action packed battle for freedom, the cooperative Survival Mode also serves as an effective training tool for competitive multiplayer action.

Defeat endless waves of monsters in the new Cooperative Mode!

Call of Duty: Modern Warfare 3 will feature a new Survival Mode. Survival Mode features one to two players fighting endless waves of enemies with each wave getting more difficult. The mode will be available on all multiplayer maps in the game and in the mode, players can earn "cash" for items such as weapons, upgrades and ammo.

Cooperative Mode can be found under Spec Ops...

Not the answer you're looking for? Browse other questions tagged call-of-duty-modern-warfare-3 .