I'm trying to identify a game I played this weekend. The main game appeared to be a sidescrolling shooter, where you have to shoot open cages to rescue Vietnam POWs. The environment was destructible, and there was a mission select screen where you move around a little helicopter on a spherical map. The graphics are in a pixel-style, but the game appears to be very modern. It was optionally co-op, and I played it in a polycade arcade cabinet but I suspect it is not an "arcade" game. There was an online mode as well. Anyone have any clue what I played? 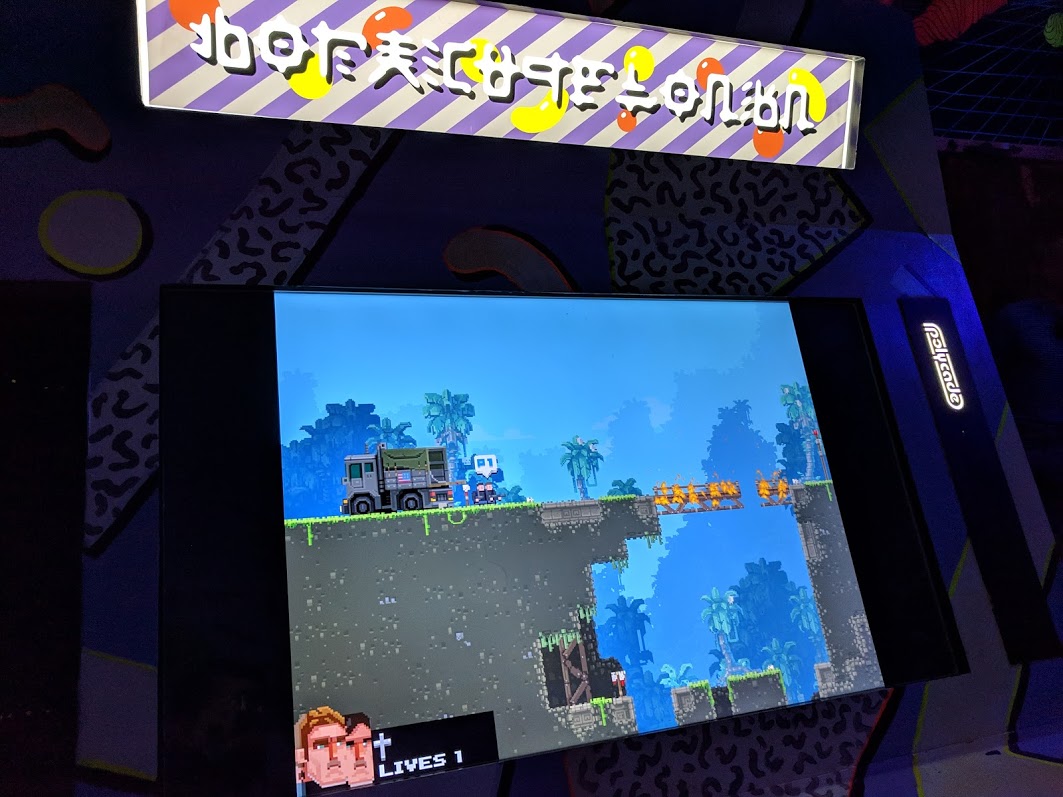 Looks like Broforce or The Expendabros. The screenshot and description match perfectly.

Here is a random Youtuber playing that level:

27
Which game is this: you are in the gargoyle garden
18
Where is this (point & click adventure game?) character originally from?
18
Twinkle, twinkle little star, how I wonder which game you are?
4
What is this old arcade third-person shooter similar to Contra?
0
What is the name of this multiplayer game where a shield can be 'Regraded' into 'Divine'?
12
Where is this score screenshot from?
3
What is the twin-stick shooter being played in the beginning of this video?
16
What shooter is Miles playing in the beginning of Guns Akimbo movie?
9
Can you identify this Sega Genesis (Mega Drive) game from 1991 or before?
5
What is this game: An adventure/combat PC game played in the sky, on large weird airships you could upgrade as the story advanced