Are there any differences between real and fake smash balls?

Just out of curiousity, I set a match where the only items available were Smash Balls and Fake Smash Balls. After playing several matches, I could not find anything obvious between the two in the heat of battle. I do have a few assumptions. From playing it seemed that the fake smash balls were the ones that dropped straight to the ground like an item, instead of floating around like real smash balls.

But the problem is that even fake smash balls can also float around like real ones, yet I could not recall finding a real smash ball that dropped to the ground. Either I didn't notice, or it dropped off the stage.

That said, I am honestly curious if there is any discernible difference between real and fake smash balls.

In a real Smash Ball, the vertical stripe of the "brethrens' cross" is thicker than the horizontal one, and it's further away from the center of the symbol. In a Fake Smash Ball, the thickness of the stripes is reversed. 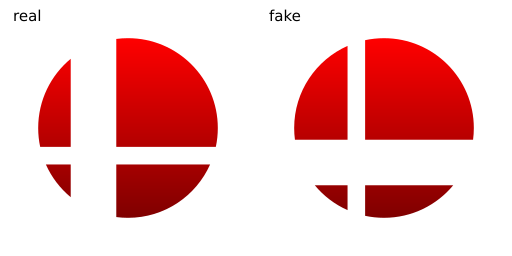 This can be harder to distinguish if the ball is rolling around on the ground, but even then it can become clear that the fake cross is the mirror image of the real. 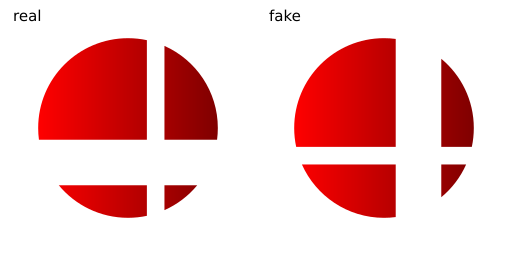 In addition to the visual differences that Toomai mentions, the fake smash ball will also have the tendency to float towards players and action. It'll even put on a burst of speed at times to try to get hit by your attacks!

This will be a little more subtle when you're in the heat of a fight, but every identifying factor helps! See the Smash Wiki for more trivia.

5
Is character customisation different between Smash Ultimate and Smash Wii U / 3DS?
14
What are the differences between Peach and Daisy?
6
Are there any spirits that equips either a Hammer or Golden Hammer?
18
Are there any Final Fantasy Spirits in Super Smash Bros Ultimate?