Can't send science back to Kerbin

I've landed a mobile processing lab on Mün, have a scientist, an engineer and a pilot, and I was thinking about an exploration mission.

But it seems I can't send science back to Kerbin.

When I tell the mobile processing lab to "Transmit Science" I get the message:

cannot transmit data: no available in-range antenna on this vessel

Now I made some mistake so the antenna are pointing to the ground, but I've tried having the ship fall, and still it doesn't work. 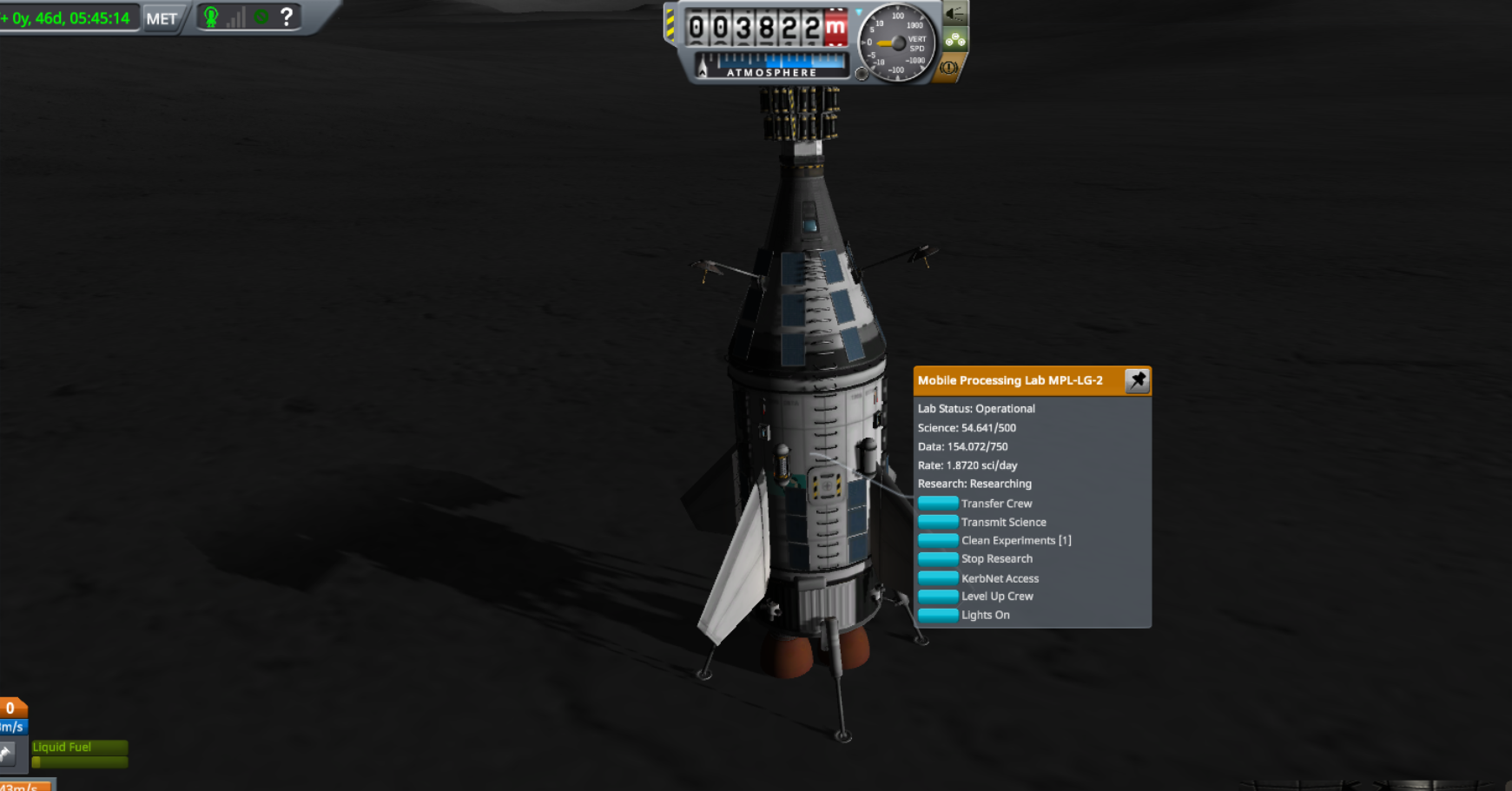 On the top-left of your picture near "MET", there is a set of icons, they display the comm status of your ship. These are important when you want to transmit science or control automated probes. You can hover on them with the mouse to have more information, here :

You must be on the hidden side of Mun, therefore you cannot transmit science since you don't have a line of sight with Kerbin.

Antennae orientation is not important for transmission or control, they just need to be deployed.

Near Mun and Minmus, any antenna (except for those embedded in command pods and probes) is sufficient. For example the Communitron 16 (radial, to avoid forgetting to deploy it) and the HG-5 are OK and cheap. You can see the range of the other antennae here.

As you did in your answer, either put a ship nearby with a relay antenna or land on the other side. You can also bring back the science to Kerbin to have additional points!

Here are other examples of display:

I've found a solution, these antennaes seem to be quite weak, using another spaceship as relay between the Mün and Kerbin I could transmit science back home.

4
Kerbin Stationary Orbit
11
Do I definitely lose science when transmitting reports by antenna?
22
What Science can I perform on and near Kerbin?
10
How can I get science from my space station to cash in the points?
8
Can I salvage my KSP career with a single launch
5
Kerbal Space Program - Can I transfer Parts to another in-orbit vessel?
1
Do I need to bring the laboratory back to Kerbin?
1
I can't perform science experiments but retrieving space crafts
5
How do multiple Mobile Processing Labs work?
2
Maintaining control during probe atmospheric landing with RemoteTech