Overview for symbols on the atlas in Betrayal league

The new atlas shows symbols on maps where a master mission will be available: 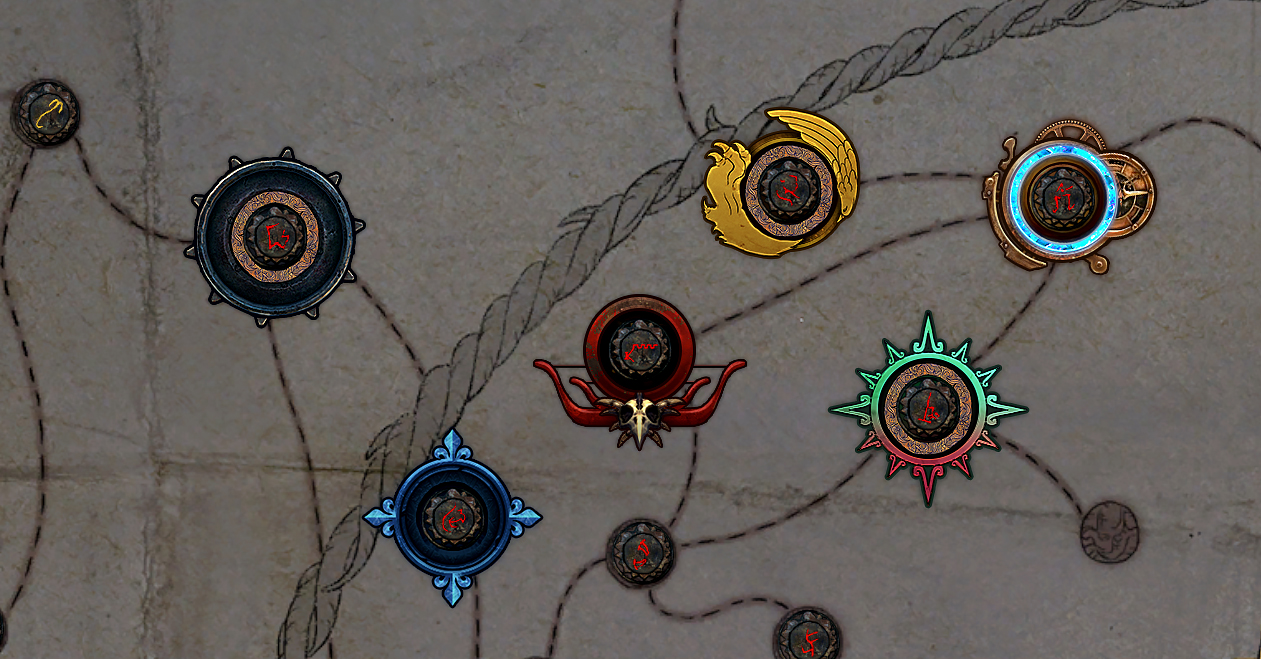 And while I recognize the symbol for bestiary, it would be nice to have a resource to look up the meaning of each symbol to be sure what mission is available there. The path of exile gamepedia on the atlas doesn't include this information.

Going from left to right:

Blue fleur-de-lis: This indicator was teased but is not used in-game. The symbol is identical to the symbol used for the player hideout, and was speculated to be related to Helena.

Bright blue circle with bronze gears: Atlas (Zana). Zana is present in the map and will offer a selection of missions.

8
What's the price for dying?
21
What's the reward for killing Alira, Oak, and Kraityn?
4
What items are worth selling, vending, or auctioning?
9
Can I get a list of helpful hints during the load screen for Path of the Exile
2
What happens to the atlas when a league ends?
4
Does the “Hits can't be evaded” from The Tempesteous Steel work for both weapons when dual wielding?
1
Atlas map not found in the atlas
2
Chances for rolling the “Bow Attacks fire an additional Arrow” on a bow
0
Heist League: does the alert level affect anything?