How is teamkilling penalized in BF3?

Is there an anti-TK system in the game? How can I punish somebody who intentionally killed me? Is there some kind of slap or slay system?

There is an anti-team-killing setup on the server side of things. Server admins can adjust these as they see fit, but if you team kill enough you'll get booted. 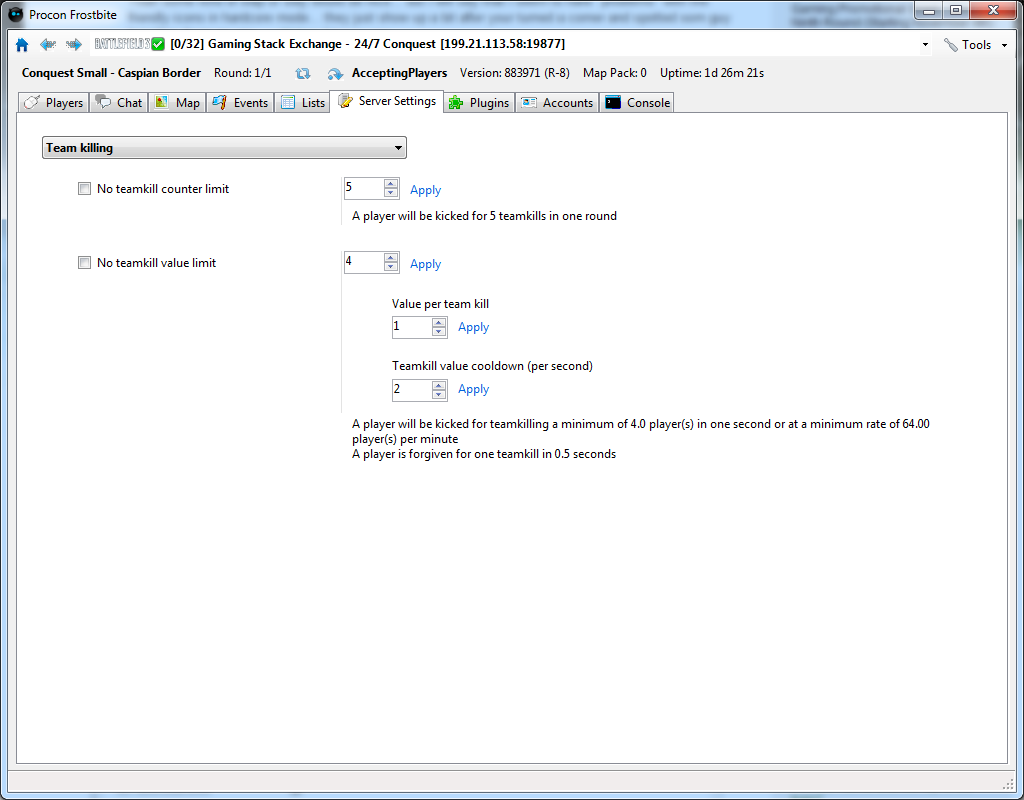 There is a server side setting that causes you to be kicked from the server after a certain amount of team kills. This is obviously decided by the server owner, so some servers will have it set very low (maybe even 1 if they're extremely picky) while some will give you lots of freedom (maybe set it to 50?) 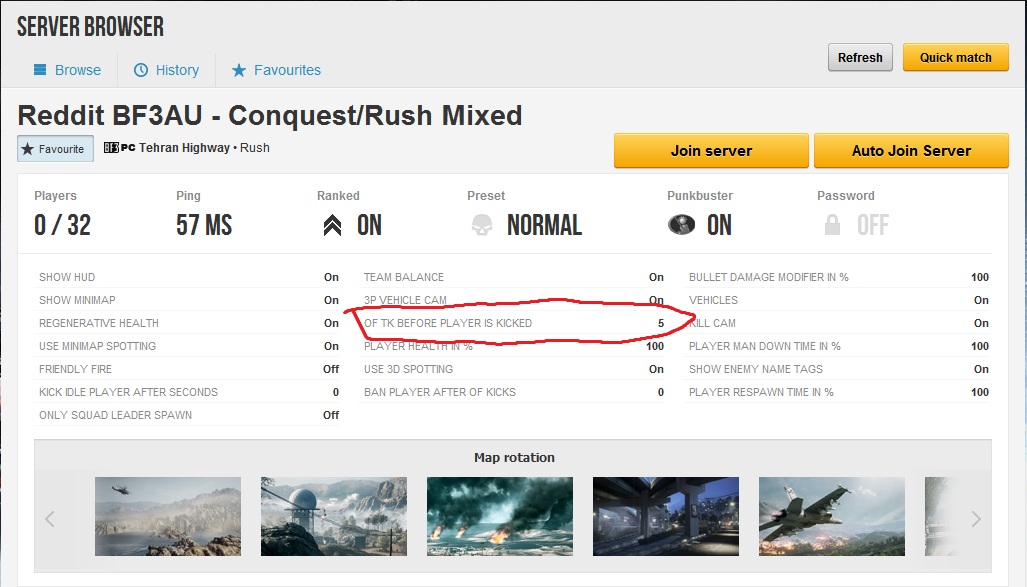 There is no anti-TK system in the game itself, but I expect this to come in a future update.

We all do.. gives the MW3 fraction a leering look

On PC some servers with the appropriate plugin adopt the following: typing !punish into the chat window after getting tk'ed will punish the offender. Similarly forgiving is !forgive

These were all seemingly standard commands on the original Battlefield/Desert Combat servers I played on, not sure if everyone just added in the mods or whether they were in fact standard on the original.

7
How do you change the zoom level of the HUD map in BF3 on xbox360?
8
When exactly can I revive people in BF3?
9
How do you turn on/off the tact light or laser sight in BF3?
10
In BF3, how does Reactive Armor work?
6
Are all projectiles affected by gravity in BF3?
2
Finding Good BF3 Servers
0
BF3 or MoH:W, are they really different?
2
BF3 saving favorite servers
0
Installing BF3 From Disc
5
How do defib revives affect the kill/death count in a Battlefield 3 match?