Why are small curved converyor tubes and small conveyors greyed out for me?

I just bought Space Engineers and I now have about 35 hours in, but so far I can't figure out how to place the small conveyors and small curved conveyor tubes. They are greyed out for me. I watched the tutorials, I googled it and can't find anything about this. I can't find anything on progression or levelling up or unlocking. Am I missing something?

I tried it in Green Easy Start, Solar System Easy Start and another one I can't remember, however, I don't think it matters.

I tried contacting support and created a ticket but they deleted it without even a response so I don't think I'll get any help from the devs.

Most likely a bug

The first post I found while doing some googling for this question was this thread from Reddit. I think it is about the same issue. The answer was that it is most likely a bug and you can still get the blocks by having small blocks selected.

The u/CookiePl4net posted the picture below and stated that he was unable to put the two greyed out blocks on his hotbar: 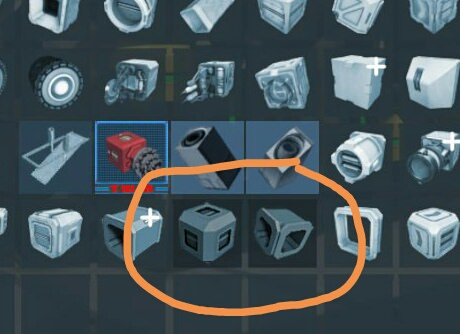 Those blocks should be under the small conveyor block. They used to be separate, but they are part of the combined blocks. They're probably still in the UI as a bug

u/Neraph followed up on that with the following comment:

You can still get them. You have to have small blocks selected in order to drag those to your bar.

u/CookiePl4net, Toggle an armor block or conveyor or something so that you're build mode is wanting to do small grid and try again.

u/CookiePl4net mentioned that this indeed solved his problem. Another user, u/IyeOnline, added:

Using the search also works, as it will display all blocks matching your search term. Sadly the "posterboy" block, aka the one with the "+" that you can scroll through, will only be available as that scrollable block.

Not the answer you're looking for? Browse other questions tagged space-engineers or ask your own question.