Are all bury attacks equal?

Just curious if the time you're stuck in a bury is the same for all attacks that cause you to be buried, or the amount of mashing needed to get out is the same?

If you haven't heard of Beefy Smash Dudes, I highly suggest checking them out. They have some amazing technical Smash content, and they're always my go to for keeping up with new Smash techniques. Not to mention they just put out a video on Smash Ultimate buries 4 days ago!

To sum up, each burying attack has a "base duration." In other words, not all bury attacks are created equal. From the video linked above, here are the base bury times (in seconds) for different moves at 0% without mashing: 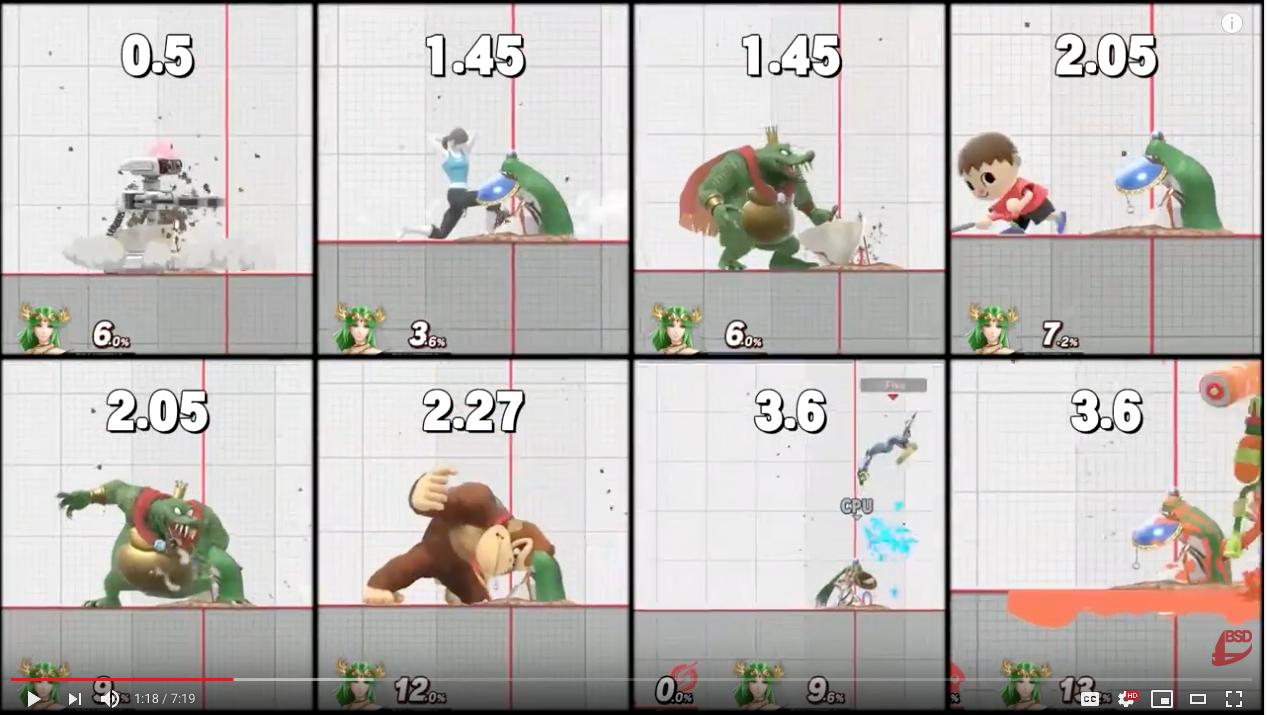 The more percent a buried character has, the longer they'll stay buried. But just from this graphic it's clear that some buries are many times more powerful than others (looking at you, Inkling).

Mashing will help to shorten the time, but different mashes will reduce the time different amounts. An input like A, B, L or X will reduce bury time by .25 seconds or 15 frames. Directional inputs on your control stick on the other hand, reduce the buy by half that of the buttons, or about .13 seconds or 8 frames (however, the game only counts the cardinal directions--up/down/left/right--as inputs on the stick). For more on the technicalities of mashing, see Beefy's Smash 4 mashing video, since the mechanic has remained the same in Ultimate.

In previous games, bury time is purely based on knockback dealt (as in the amount of knockback that would have been applied if it weren't a bury attack). In Ultimate, it appears to also be based on current damage (though less so). The exact formula isn't known yet.

Each input of mashing reduces bury time by 8 frames.

20
How can I quickly unlock all of the fighters?
3
How to play free-for-all with more than 1 CPU player in SSBU?
8
How does move-staling work with bury-throws?
19
Best way to “Button Mash” to escape a bury/grab
7
What are the coin rates?
2
What matchups are counters to Pikachu?
10
Which Smash Ultimate characters have additional moves?
14
What are the differences between Peach and Daisy?
6
Is there a reward for completing all challenges in SSBU?