Is there a network graph in Battlefield 4? How do you display it?

In Battlefield V, using the settings menu, you can turn on the Network Performance Graph, as displayed in Fig-1. 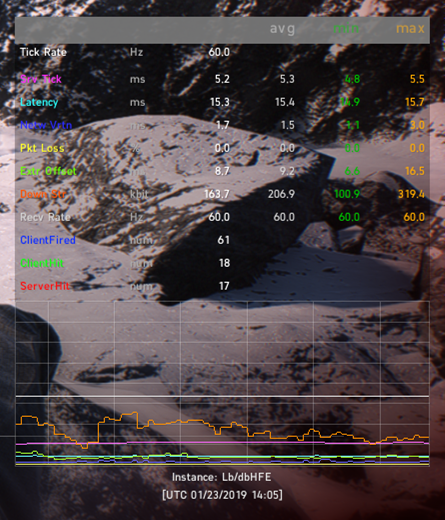 In Battlefield 4, it is possible to open a graph of your CPU and GPU performance (Fig-2) using the console (Fig-3): 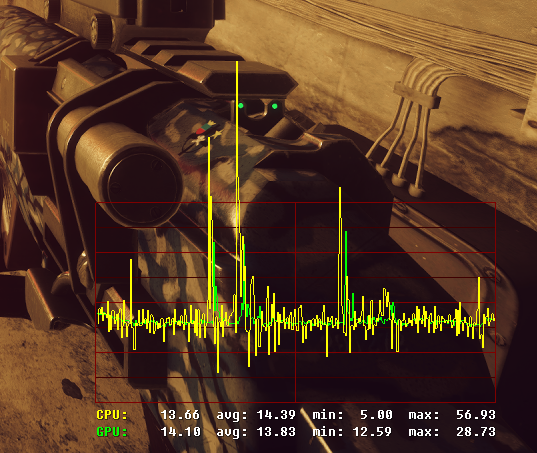 Fig-3: The console in Battlefield 4 after some commands have been used to display the performance graph:

Now I was wondering, since there is a graph for the hardware, if there might also be some graph for the network performance. Or are there other ways of displaying connection data in game? If yes, than what are the console commands for displaying them?

The reason I am asking this is that I often have some of the connection icons show up and was interested in the actual data.

Yes according to this video.

To achieve this ingame goto:

It should pop up over the screen in the bottom right hand corner.

Obviously thanks to @Reflexive for pointing me in the right direction.

Yes, indeed there is also a network performance graph in Battlefield 4.

You can indeed open it via the settings menu (as Reflexive mentioned) but you can also do it via the console using the following command:

You can move it to a desired position, just like I did in the question for the hardware graph, using the GraphPos command. After the command you have to specify two numbers about where you want the graph to be displayed, between brackets. These are respectively the horizontal and vertical coordinates (top left is (0, 0)). Here I use 1200 and 800 for the graph to be displayed to the left of the health and ammo UI element (with the game having a resolution of 1920x1080):

The end result would look than look something like Fig-1.

Fig-1: The network performance overlay, positioned to the left of the health and ammo indicators. 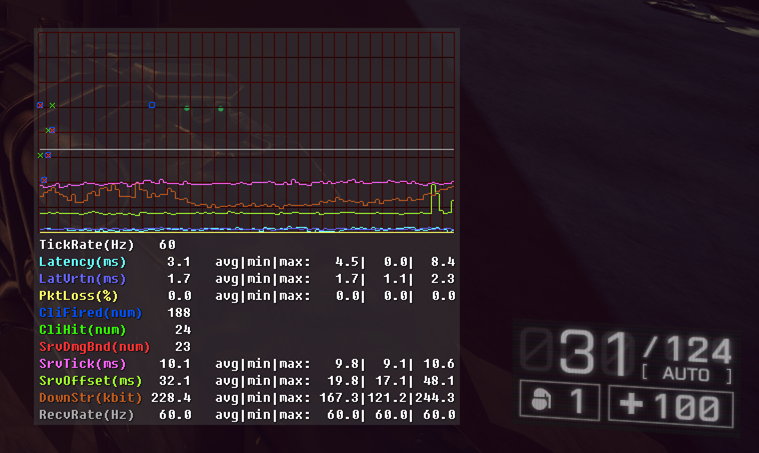 Not the answer you're looking for? Browse other questions tagged battlefield-4 .

13
What do each of connection warning icons mean?