How can I fully complete Antichamber demo?

I have played the May 2010 demo of a game called Antichamber, formerly known as Hazard: The Journey of Life. Walkthroughs are available on Youtube, see for instance this one if you are not afraid of spoilers and want to get a glimpse at the game. Yet these are a kind of speedrun, and I would be interested in a complete playthrough of the demo.

Here is the map of the chambers at the end of my playthrough: 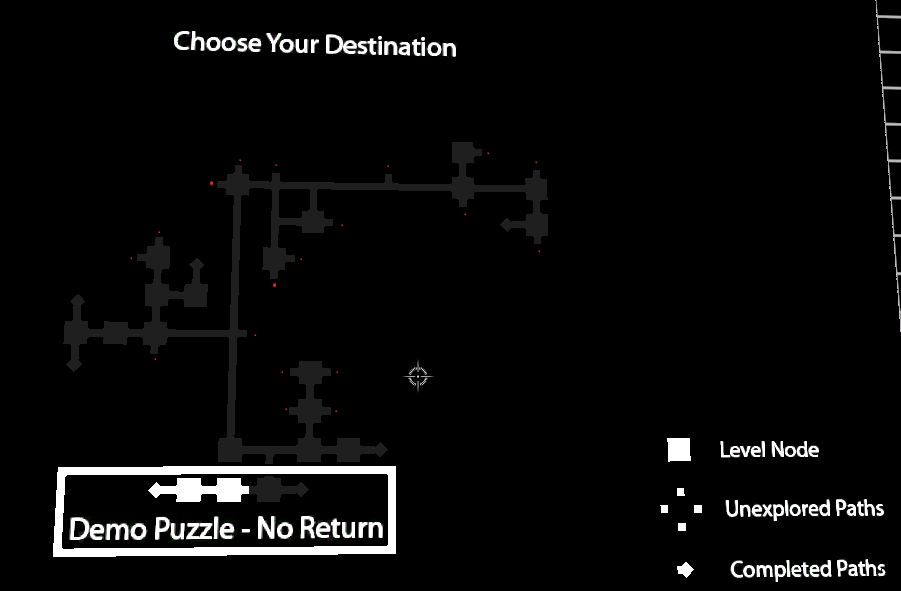 Here are the achievements I got at the end of my playthrough:

I have put red dots at the locations of missing chambers. I am not sure these are available in the demo, since:

So, has anyone played this game already? And have you solved additional puzzles?

As of today, the demo is nowhere to be found on the Internet. It is most likely nobody except the dev would be able to answer this question. However, the dev is busy with the release of the game in December. Therefore, I will accept as answer the comment of Merus:

The puzzles that require a binary gun to advance aren't solvable in the demo.

7
How do I unlock the yellow gun?
3
How to complete the puzzle in the “Highest Point” room?
4
What does the green gun do in AntiChamber?
18
How do I quit the game?
22
What do the symbols in the map mean in Antichamber?
3
Determine which rooms are unsolved in Antichamber
15
Is there any way I can change the targeting reticule?
11
Are there different endings for Antichamber?
0
What are the rules for green blocks decay in Antichamber?