How can I reliably place C4 on my enemies?

Snake's down special has him placing C4 on the ground that he can detonate by doing his down special again. I have seen it be placed on enemies before, and I have done it myself, but I can not do it consistently. Sometimes I will place it accidentally on an enemy while other times I will try to and not succeed.

The wiki says that you just need to be near to them to do it, but I feel that there is more to it, at least to doing it consistently.

I've got bad news for you: you have to be really close to someone to be able to place C4 on them. How close, you ask? It looks like it actually depends on the opponent's hurtbox--meaning the smaller the character, the closer you'll have to be.

On the training stage with the opponent centered on 0, the furthest I could be was 7 "units"1 for Pichu (one of the smallest in the game): 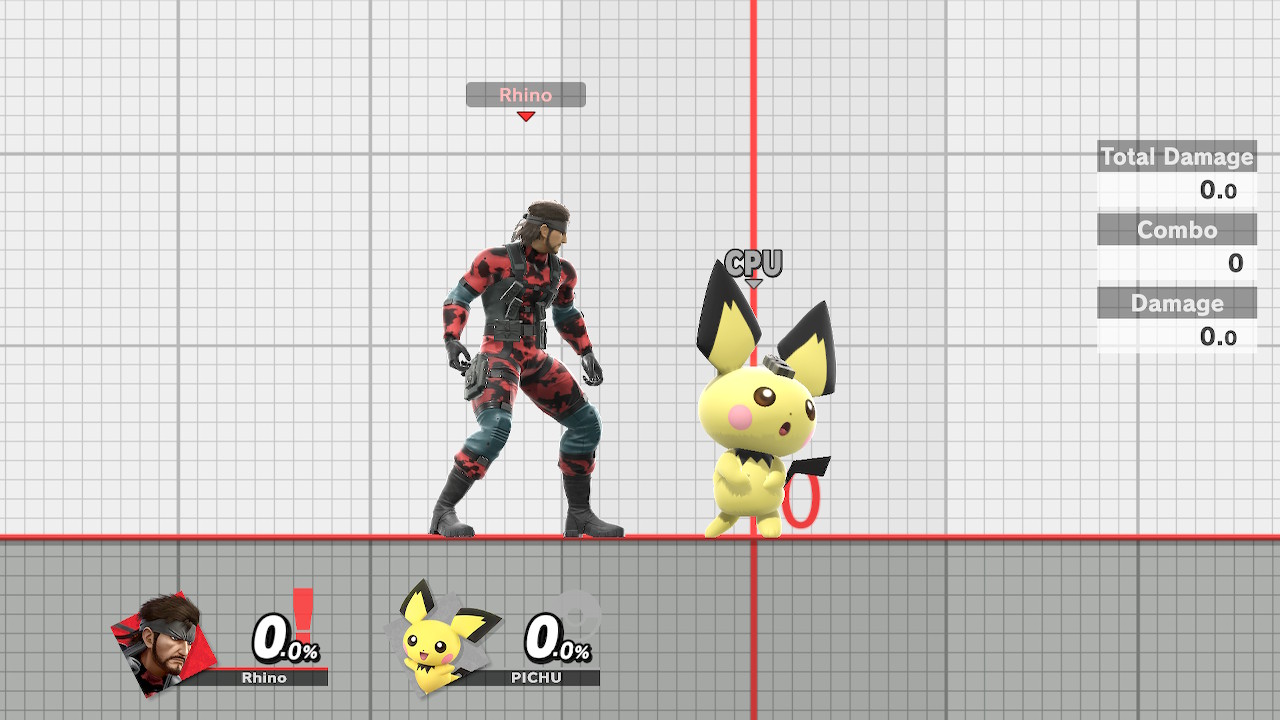 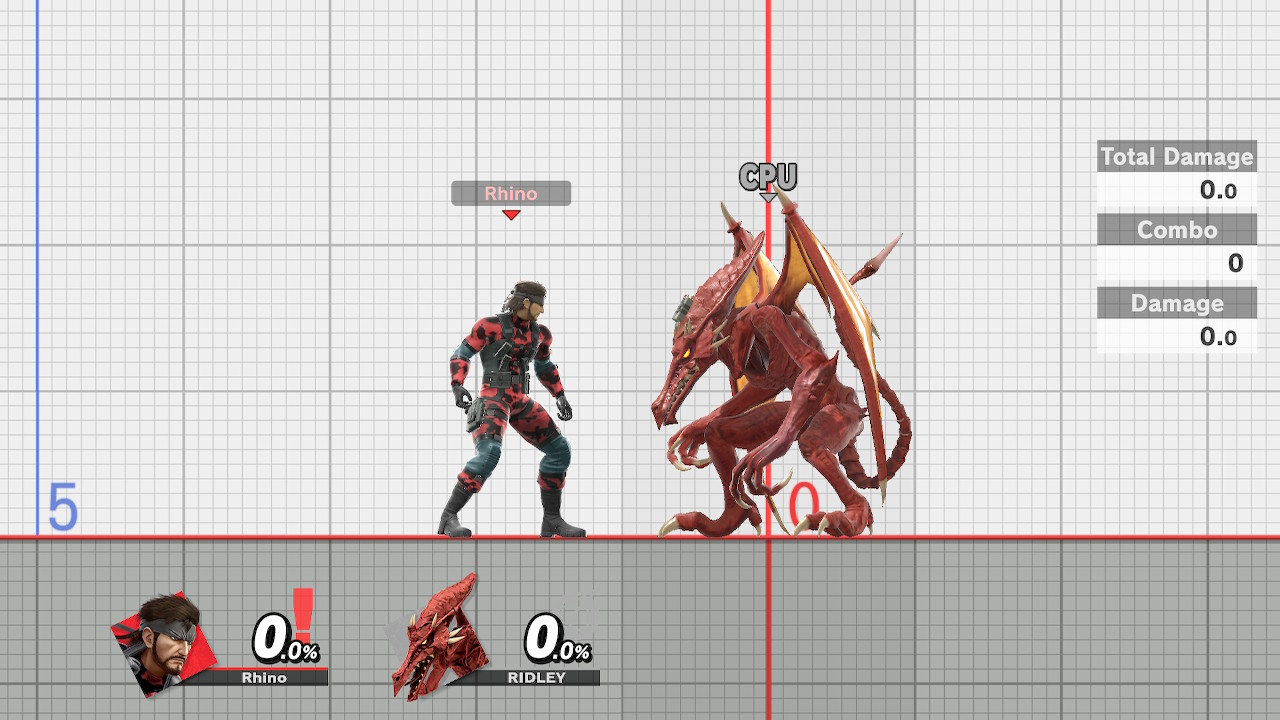 These distances also differ when Pichu/Ridley were facing the other way, making me think that this is indeed based on hurtbox size.

So your problem is likely that you're simply not close enough.

You could try to get in and find an opening where your opponent gives you enough time (9 frames) to plant the C4 on them, but then you're almost better off doing something like forward-tilt/up-tilt/grab which all come out faster or even forward-smash which is only 2 frames slower.

Instead, you can use the fact that C4 will still be planted to the opponent even if they're shielding!

So I'd say the most opportune time to use this would be after you've conditioned them to shield when you approach. This way, you can use whatever approach you've been, but mix up the attack for a run up sticky.

Minor trivia I learned while experimenting

1. I'm calling each of the smallest squares a "unit" here.

Facts about the move:

With this knowledge in mind:

As a side note, if you've stuck your opponent with C4 or if you are about to transfer C4 on them, a 100% true KO confirm is Back-throw -> C4 detonation.

I have noticed from personal experience (not confirmed) that a stuck C4 can fall off after being hit with a strong move, and it tends to happen more when the damage % on the stuck fighter is lower.

The easiest way to stick C4 on an enemy is after performing a down grab -- aka, Snake's sleeper hold. This works more reliably at high percentages as the down throw "stunlock" animation plays out a little longer and opponents have to mash harder to get out.

One of the best setups to stick someone is to condition them to shield on a platform and stick them through the shield.
Whenever they land on a platform above you, hit them immediately with an aerial, probably Bair or Nair. Once they start shielding this consistently, you can jump directly into them and stick them through the shield (stick does go through shields). You'll want to be overlapping their character as much as possible since the stick hitbox is pretty small.

This is a combo I found on Smashboards. It guarantees a stick with your c4 on any enemy (I've tested it). It's a little tricky though. It works from 10-20% and kills above 13%. You need to down air and hit all 4 with just enough momentum to reach wherever they land (If the tech it doesn't work), jab lock them, and plant the sticky. To kill you need to either read them and land an up smash or pull out the mortar fast enough to hit them with the base before they get up, and then detonate at the peak of their launch arc. (you need to move slightly forward after the jab lock to hit the up smash)

Not the answer you're looking for? Browse other questions tagged super-smash-bros-ultimate .

21
How can I quickly unlock all of the fighters?
8
How do I beat Pauline?
6
Can you buff movement while wielding a (Golden) Hammer?
3
Which spirits can only be obtained by summoning?
8
How can Lucina use Shield Breaker directly from holding onto a ledge?
28
How many different ways can Wii Fit Trainer's soccer ball be aimed?
8
Can the trajectory of Banjo & Kazooie's Grenade Egg be altered?
1
How can I guarantee that I will beat the Duck Hunt challenge (grants Mew spirit) in World of Light?
21
How can I deal with Mythra's Photon Edge?
2
How can I pick up items?