Do scopes affect the trajectory of your weapon's shots, or just make it easier to aim?

In Apex Legends there are a variety of different scopes you can pick up and attach to different weapons. They offering differing zoom levels and reticles, and some can highlight enemy players. A good scope can definitely make it easier to see and point at distance targets. However, even with a big scope attached, I still have a hard time landing shots on distant enemies. 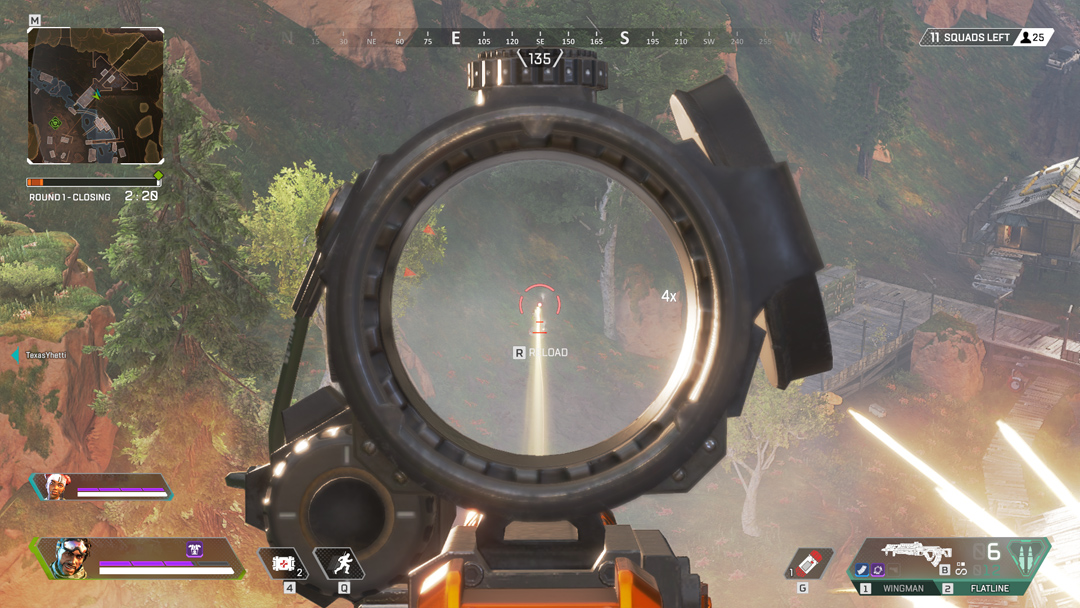 This had me wondering whether scopes have any effect on the trajectory of your weapon's fire, or if they were only a visual tool to help the human player aim the shots. Do crosshairs have any effect on bloom, recoil, or other mechanical factors that make it harder to land shots at a distance, even if you get your crosshair pointed at the right spot?

This answer is based on my own experience and might be completely off!

From my experience I can say, that scopes do not influence the trajectory, but only make it easier to aim.

For example, take a sniper scope. Some of them have dots with the numbers 2, 3, 4 under the cross. If you now shoot at an enemy in a distance of up to 100 meter, you can see that there is no bullet drop. If the enemy is up to 200 meter away, you would need to aim with the dot with the number 2 next to it to actually hit the enemy. This means that for each 100 meter distance, the bullet drops by the distance between each dot in the scope.

Onto the close range scopes. I prefer the HOKV x1 scope as it has this red dot in the middle and no cluster around it. On short distance the bullets hit "exactly" where the red dot is (there is still weapon spread and other stuff making it not so exactly). Yet over greater distance the bullet still drops and the spread kicks in harder.

So overall, are only a visual help for the players as its for great distances hard to even see the enemy without a scope. They don't influence the trajectory of the bullets in any way.

The trajectory itself can't be influenced by any weapon modification, only the behavior of the weapon itself (recoil reduction through stabilizers).

Not the answer you're looking for? Browse other questions tagged apex-legends or ask your own question.

5
What exactly are the effects of Aiming Down Sights in apex legends?