How can I see the claims of my ally?

My federation ally has proposed a war to conquer territory of another empire. Before I accept I would like to know which systems he has claimed, which would be important to know for winning the war. Also I am considering to add some claims of my own.

How can I see the existing claims of my ally on another empire?

There a couple of way how you can see the existing claims of your ally.

You can see the claims of your ally on the map. Switch to "Diplomatic Map Mode" and then click on you ally, so you see his view of the world. His claims will show up as cyan circles around the systems (usually on his border).

This is properly the most efficient way since you can quickly get an overview on which systems your ally has claimed. 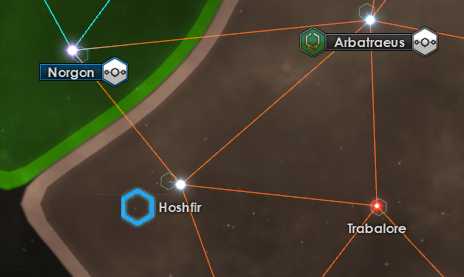 In the claim window hover with your mouse of the systems you suspect your ally has claims. You can see in the tooltip if the system is claimed by anyone. 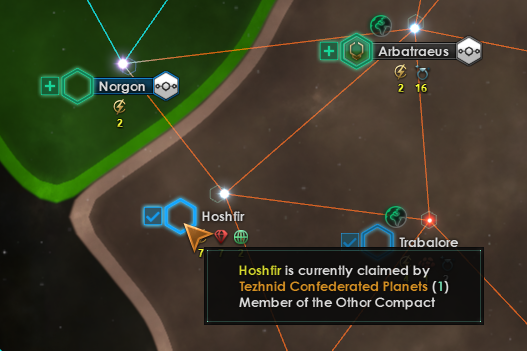 Finally you can also see existing claims in the system window. Just hover with your mouse over the "Add claim" symbol and you can see any existing claims of that system in the tooltip.

6
How can I bring back the proposition for war in Stelaris?
5
How can I get my ally to like my potential ally in Stellaris?
8
How can I see where my embassies are deployed in stellaris?
3
How many Research Quest can the Empire take in Stellais?
6
How should our glorious civilization incorporate two neighboring fallen empires?
7
Does it make sense to make claims when I not yet intend to declare war?
3
Subjugation casus beli
4
Do AI empires get a "cheat" boost in a (defensive) war in the MegaCorp DLC?
0
How to get over this one little last bit of acceptance lack to actually use diplomacy for anything?