Are these Zelda Oracle cartridges reproductions?

I've seen numerous eBay listings for the GameBoy Color Zelda games Oracle of Ages and Oracle of Seasons with varying photos. As far as I can tell, only the ones with clear, grey shells and a convex top are real and the other variations (including GBA versions) are reproduction cartridges, but I can't seem to find any corroborating information (lack of proof is not proof).

Can anyone confirm if this is the case?

(Sometimes the cartridges say "Game" instead of "GameBoy" in the concave area, but not always. Also, sometimes the listing mentions a replacement shell but authentic motherboard, while most of the time they mention nothing at all—even checking the model-numbers doesn't seem to help.) 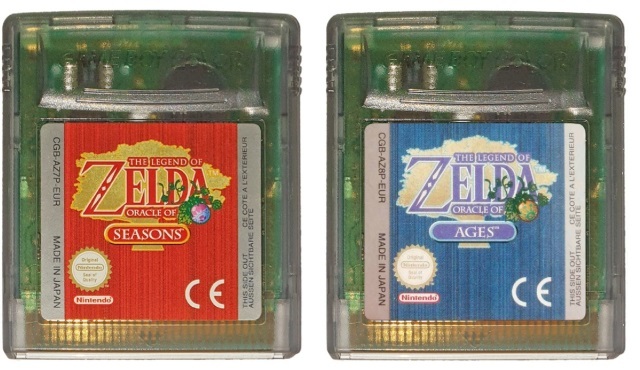 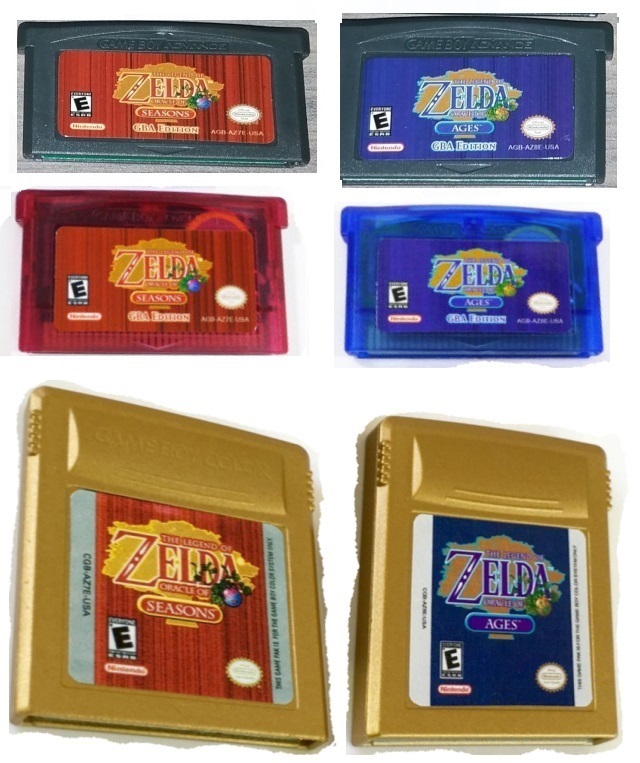 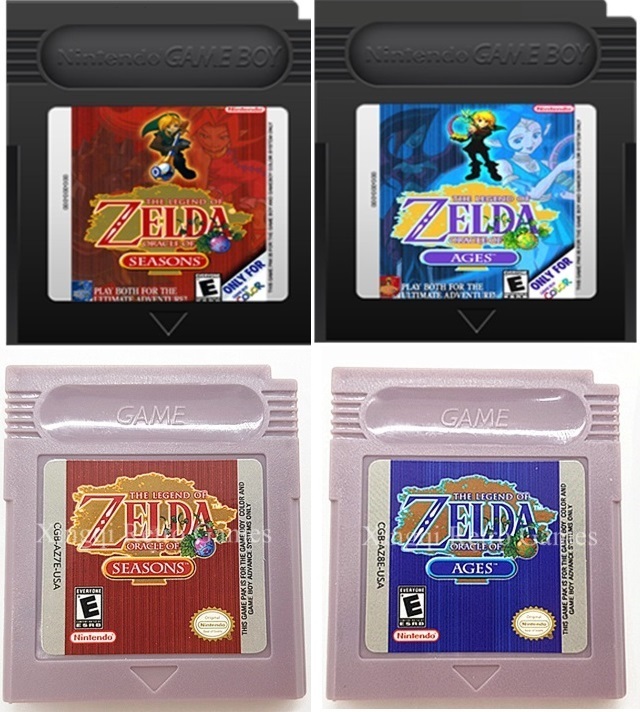 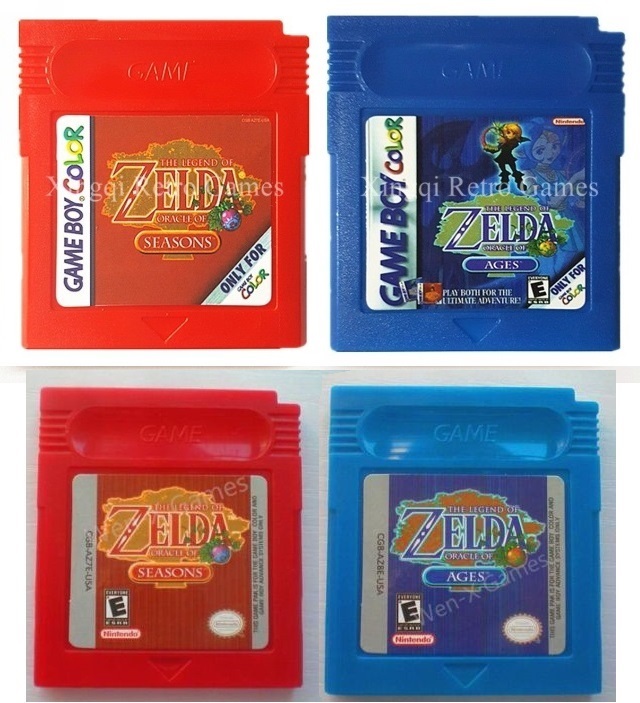 After doing some research, there is no hard evidence that the game was specifcally released on separate cartridges for the Game Boy (GB), Game Boy Colour (GBC, and the Game Boy Advance (GBA), though I can provide some insight.

Firstly, the OOA and OOS games were produced for the GBC, with additionally functionality, should it be played on the GBA (emphasis mine):

The team considered adding special functionality to the game triggered only when played on a GBA, but was afraid that the additional development time required for the addition would cause the games to be released after the GBA. When the release date of the GBA was postponed, the team was able to incorporate GBA functionality and still release the games approximately a month before the GBA was released.

When we look at the design for the GBC cartridges, the transparent cartridge is designed specifically for the GBC (emphasis mine): 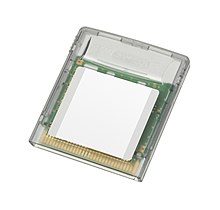 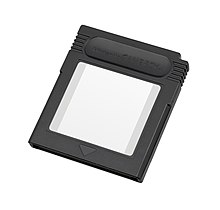 Additionally, the colours of the GB cartridges refer to backwards compatibility - specifically, Black cartridges were GBC games that could be played on earlier GB models.

Games that are designed for the Game Boy Color, but which also include backwards-compatibility with the previous Game Boy systems, are shaped like original Game Boy games, but usually have black colored cartridges.

The release date for the game, and with the "Special Features" if the game was played on the GBA would point to the validity of it being reproduced on the GBA, though there is no hard evidence for this, without speaking to the developers.