I'm stuck outside the map and I can't get out!

I was playing Legend of Zelda: Link to the Past and I had a kind of no-clip cheat enabled. I was walking around the village in the dark world when I decided to clip through some trees to get to the next screen. However I didn't realize that I was at the edge of the map and there was no next screen. So when I clipped through, Link started an endless screen-transitioning loop moving south. Here is a screenie of my problem: 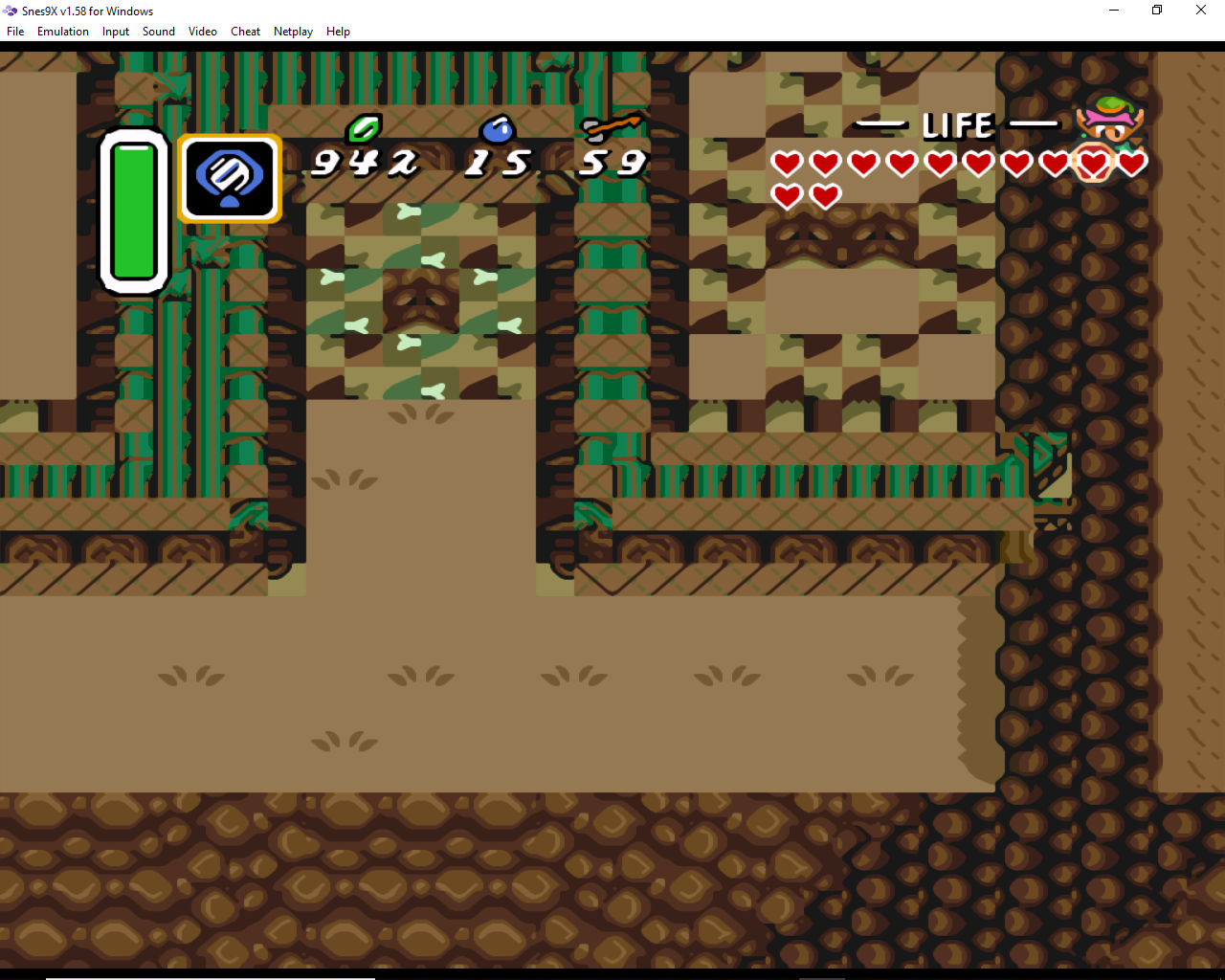 Just imagine the screen and Link forever moving south (or down). Is there a way I can kill myself and spawn at link's house? (I have three fairies : /)

There's no way to fix this in-game. With the possibility of other mods that allow placement of Link onto the grid might fix it, but I'm not familiar with such mods.

The issue is that you've caused an infinite loop, in dev terms, this is the worst-case scenario. It's game-breaking as it can't be exited without forcing the loop to exit. Unfortunately for you, the action triggering the loop can't be cancelled as it reached the end of the axis with movement still being triggered.

The only way to fix is to reset the game and catch up to where you were, just don't go off the map this time ;)

Not the answer you're looking for? Browse other questions tagged zelda-link-to-the-past or ask your own question.

45
How to get to the secret blue rupee room?
6
What is the maximum number of hearts you can get?
12
How to get out of the Ice Palace in Zelda A link to the Past?