What makes a game ineligible for achievements?

I have played 3 full (disastrous) games of Stellaris so far but all of them were using a custom race and galaxy generation stats. Now I want to play for achievements, and every time I go to start a new game it shows the following red text at the bottom of the screen: 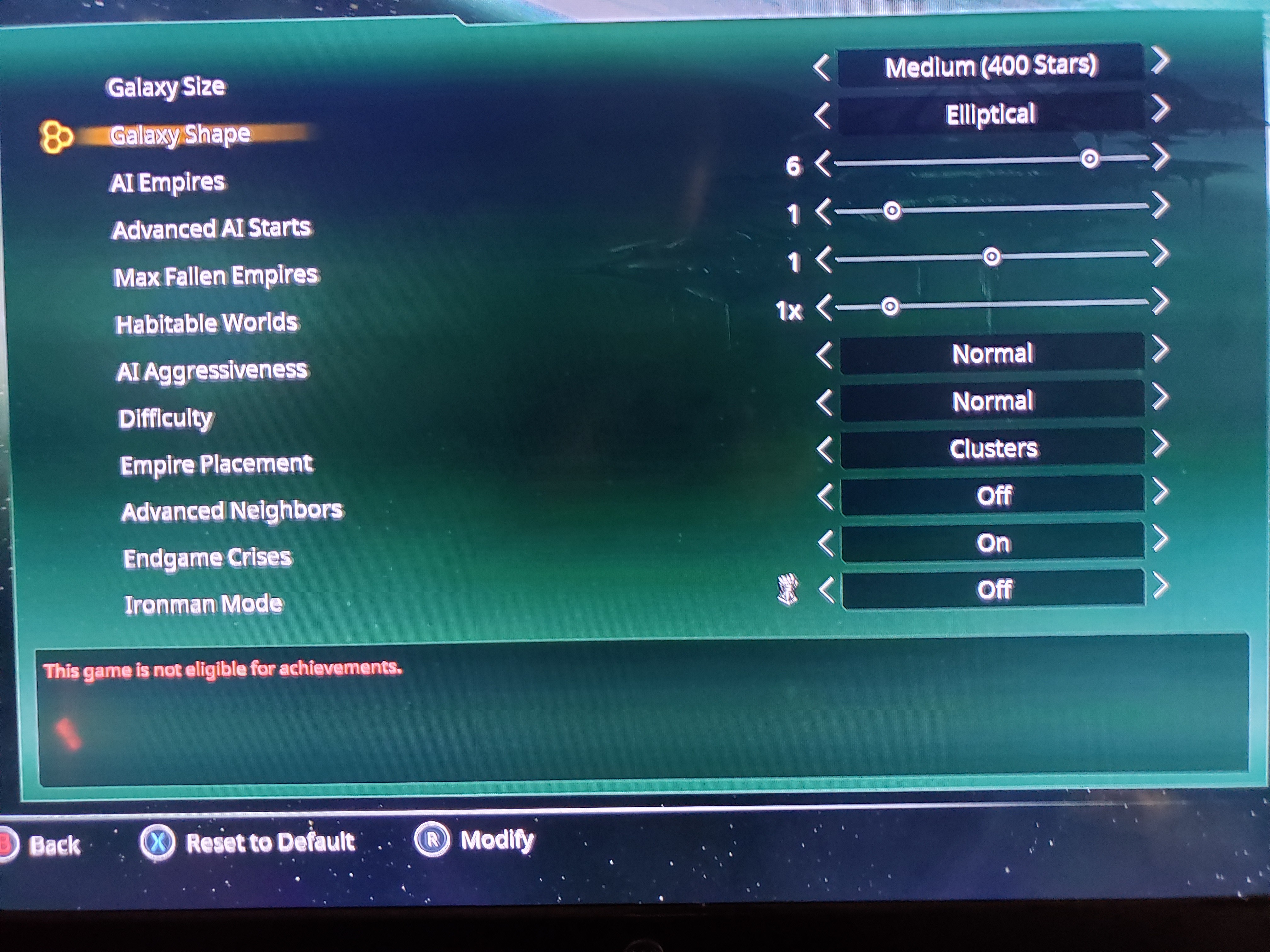 It shows this text even when I'm using a default empire, or a randomized empire, and I've reset all the settings to default.

Why am I ineligible for achievements? Can anyone tell from my screenshot if there is a setting that didn't go back to default, even though I pressed that reset button?

EDIT: As pointed out in comments below, there is an answer to another question (How to connect a Stellaris account with Steam?) that also includes the info in my answer. However, the title describes a different issue (I personally scrolled past it before posting my question), so rather than mark as a duplicate I will leave this up for now in case someone else has the same confusion.

Actually, after messing around with the settings for a minute I figured out that turning on Iron Man mode enables achievements.

Not the answer you're looking for? Browse other questions tagged xbox-one stellaris .

0
How do you get the achievements for the new Frontier DLC
7
How to tell if mods disable achievements?
12
What is required to keep the peace (for now) with a fallen empire?
6
Do sectors pay for synthetic upkeep?
1
Game update for battlefield
6
Do end-game crises destroy guardians?
7
Do achievements work for Netflix?
0
Select phenotypes to use for empires