What are the differences between Peach and Daisy?

Super Smash Bros. Ultimate introduces the concept of Echo Fighters, or characters that are near clones with minor differences.

While in some cases, like with Roy and Chrom, the differences are very clear, in others it's not readily apparent what's changed. Peach and Daisy for example have been acknowledged to be carbon copies and been treated as interchangeable in competitive play since the game was released.

What if any are the gameplay (non-aesthetic) differences between the two princesses?

There are very small differences between Peach and Daisy in their hurtboxes: Daisy:

These differences are extremely slight to the point that people consider them identical.

Turnips are no longer different between the two. From the patch notes on Daisy's down-special:

The launch distance when hitting an opponent with a vegetable now matches Peach.

Many people thought that the fact that they were different to begin with was a development mistake. Daisy's knockback values (pre-3.0.0) were the numbers Peach had in Smash 4. So the fact that they're now changed to match each other seems to confirm that someone was copy-pasting values and forgot to change both Peach and Daisy.

I'll leave the below answer for historic value, but note that it's no longer accurate as of Update 3.0.0.

Peach and Daisy's down-special, Vegetable was just yesterday discovered to have different knockback values between the two characters!

@jugeeya on Twitter was able to pull the code that shows this:

As you can see, everything is the same except the Knockback Scaling (KBG) and Base Knockback (BKB) between the two (45/25 for Peach, 35/30 for Daisy).

How does the game use these numbers?

For that we're going to have to take a look at how Knockback works in Smash. To take from that Wiki page, the formula used to calculate how far a character will fly from any given move looks like1:

To paraphrase from the Wiki page, these variables are:

So since Peach has less Base Knockback but more Knockback Scaling than Daisy, it means that at lower percents Peach's turnips won't send the opponent as far, but at higher percents, they'll begin to send linearly further.

To visualize this, @Ruben on Twitter posted some graphs of what knockback will look like at different percents for different Turnips (remember that knockback is calculated with the percent of the opponent after the damage is dealt. So even if the opponents starts at 0%, with a turnip like the Stichface that deals 30% Daisy may never actually have more knockback): 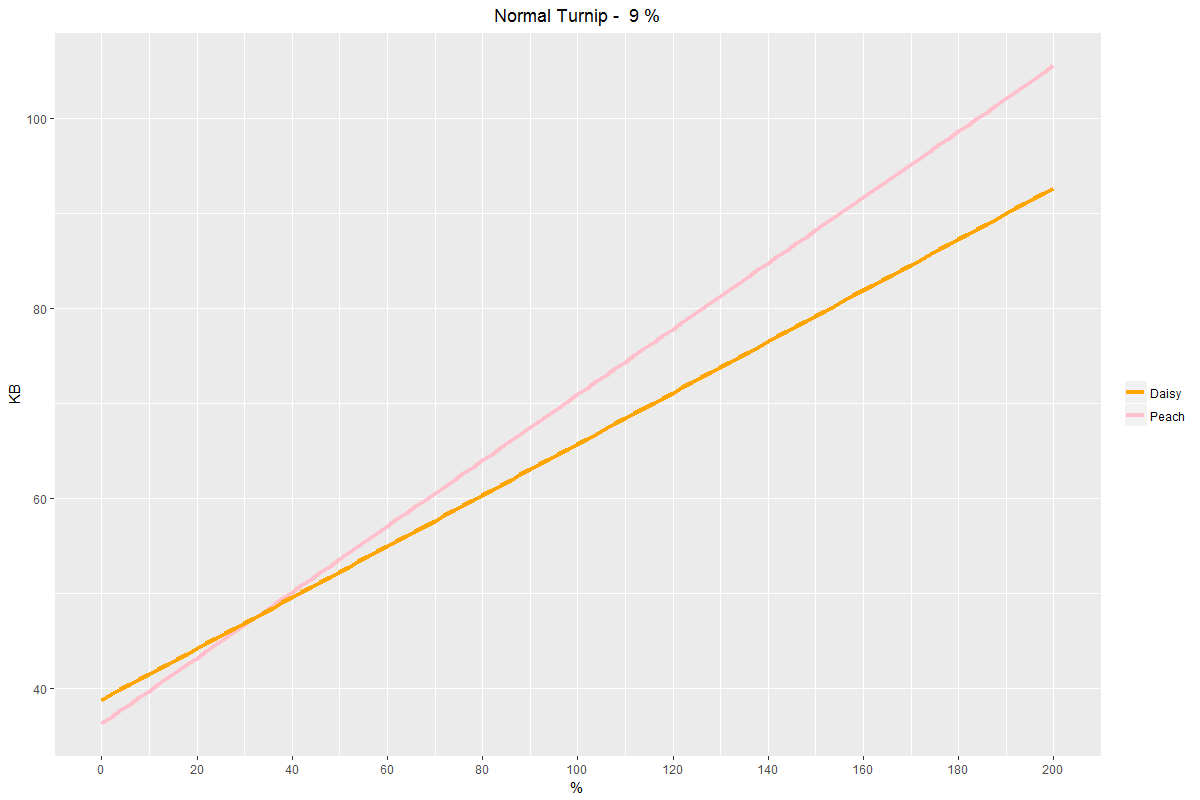 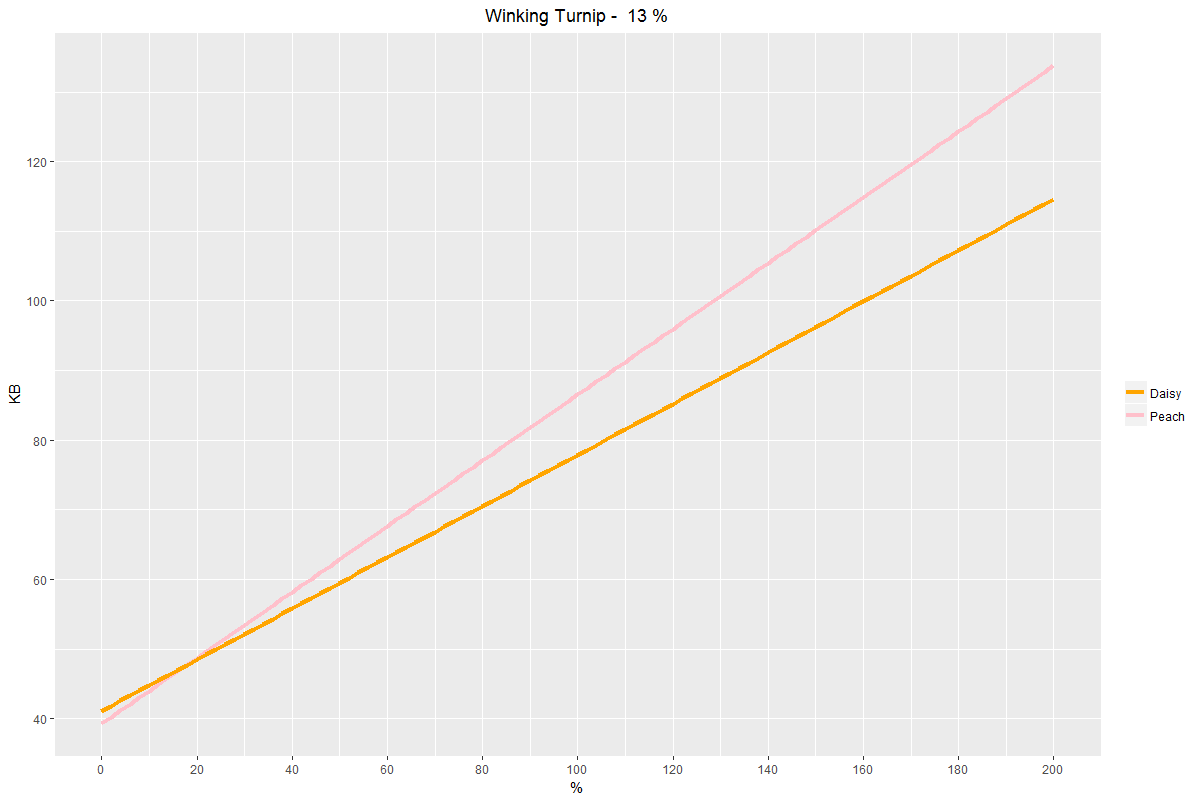 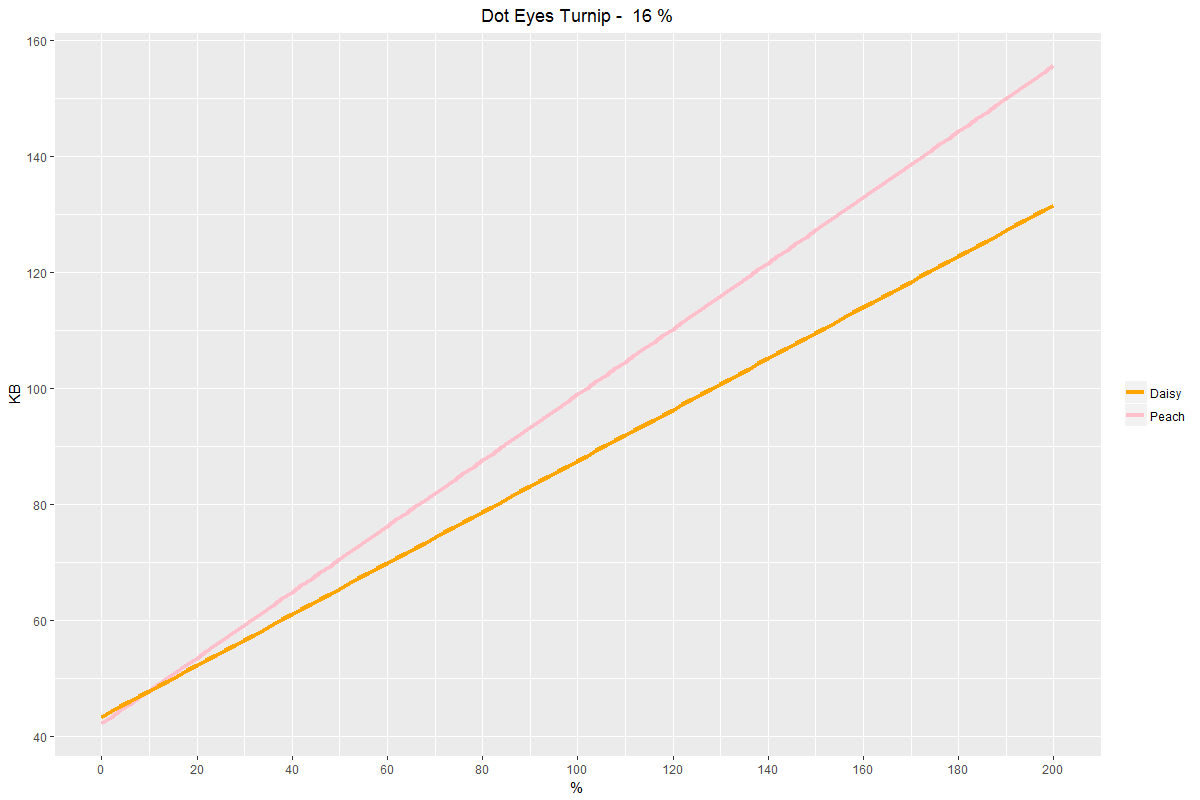 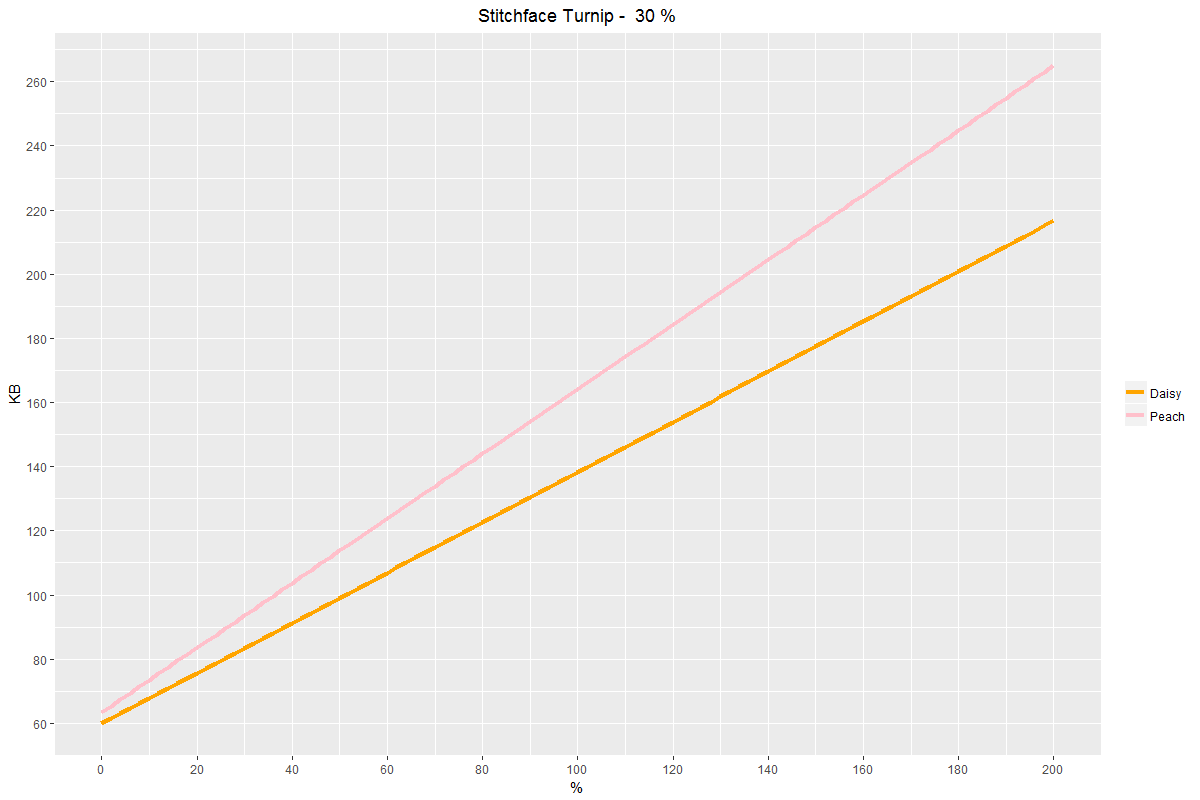 What does this mean for the characters at a competitive level?

As is made clear by the above graphs, the window where Daisy will deal more knockback is extremely tiny and even non-existent with some Turnips. Peach just consistently hits harder, especially at later percents when looking for a kill.

The lesser knockback may give Daisy some more interesting or consistent combos, but at the moment it hasn't been tested enough to be shown.

The immediate reaction from most of the community and the large Peach/Daisy players is that Peach is now clearly the better character. But only time will tell. In the near future at least, I wouldn't expect to see any Daisy's at high levels of play.

5
Is character customisation different between Smash Ultimate and Smash Wii U / 3DS?
2
How do I get the shop to refresh, and how often does it refresh?
17
Are there any differences between real and fake smash balls?
21
What determines the amount of lag you receive after air dodging?
14
Getting Smash to remember the character I picked between games
7
What are the coin rates?
2
What matchups are counters to Pikachu?
4
Do Olimar and Alph have the same hurtboxes?