Is it against Minecraft's TOS to play Splitscreen on PC?

I've found a way to play splitscreen on Minecraft PC thanks to the internet where I run the game twice or thrice on the same computer on the same account but just change the name of the player in notepad.

I've looked at the EULA and saw this:

"This also means you cannot sell or rent the Game, or make it available for access to other people"

Does this mean I can't do splitscreen with my friends? I've sent Mojang a support ticket which is taking ages, probably half a month for them to reply.

Here is a Minecraft PC splitscreen in the picture, I've used the joypad mod for controller. This is a test, my friends weren't playing here. 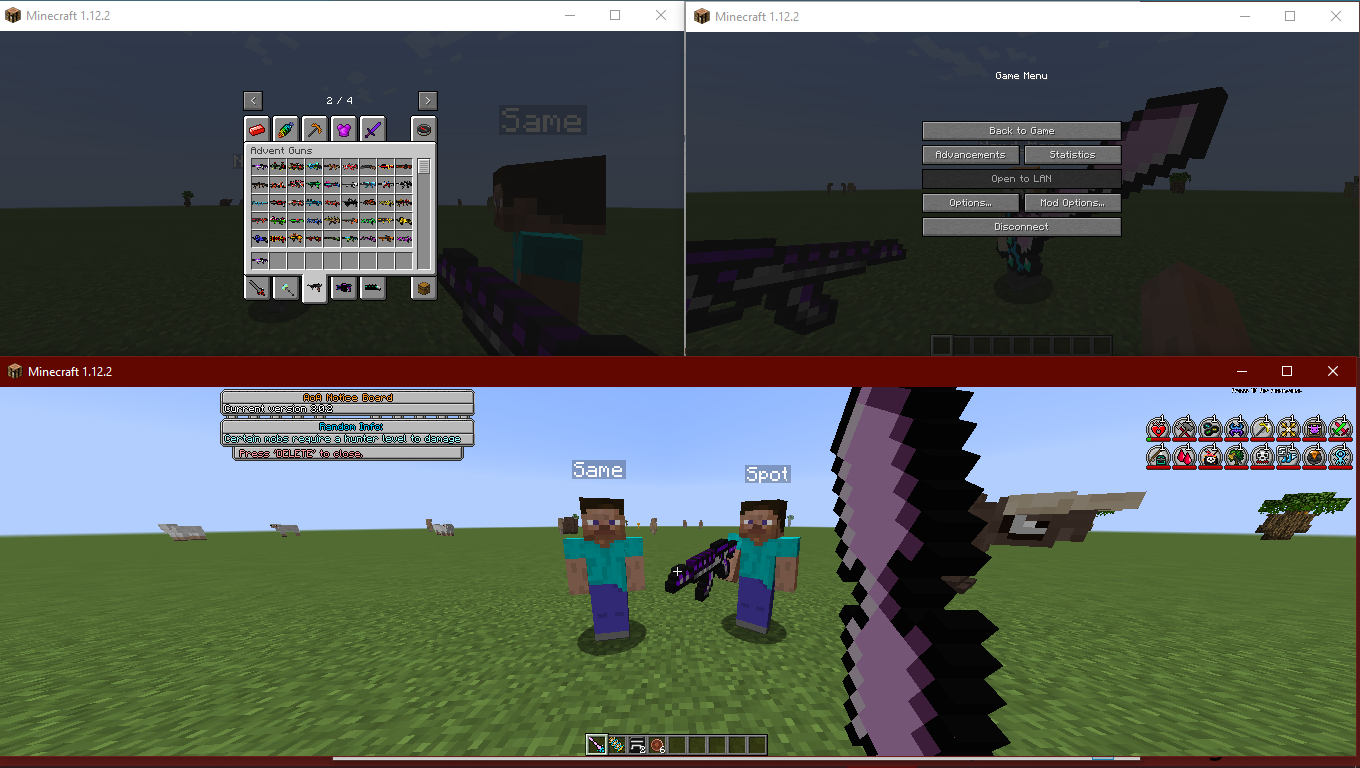 I'm no lawyer, but it's best to say that it is against the EULA (https://account.mojang.com/documents/minecraft_eula) to play splitscreen on PC with friends.

You see, the EULA states that "When you buy our Game, you receive a license that gives you permission to install the Game on your own personal device and use and play it on that device as set out in this EULA"

It also says that "This also means you cannot sell or rent the Game, or make it available for access to other people and you cannot pass on or resell any license keys"

Now this section states that it can't be made available for people who have not bought the game. Since your friends have bought Bedrock Edition, you have a reason to say it's legal.

But, I would not say that it's legal. Your friends have bought a completely different version for a completely different price. They are to download it on their personal device and only use it on their personal device. Buying one version of the game does not entitle them to having the right to play on any of the other versions.

And playing splitscreen is actually taking advantage of a vulnerability in the game, as you are taking advantage of the fact that you can "change the name of the player" in notepad (in the source code). That is considered exploiting, and you will probably get your licence to play the game terminated, along with other penalties.

So if you don't want to get into any legal trouble, I suggest you assume that it is illegal to play splitscreen on Minecraft Java Edition with friends.

Not the answer you're looking for? Browse other questions tagged minecraft-java-edition legal or ask your own question.