Is there locational damage in Skyrim?

In Skyrim, will striking an enemy in certain areas do more damage (e.g: headshots = x2), or produce any other effects, such as stunning/crippling?

I understand that sneak shots do more damage, and that the damage from those/attacks from behind can be increased with points.

This was easy enough to test.

I equipped a weak hunting bow (I'm an archer so I'd probably 1 shot any normal npc with my usual bow), and found the nearest NPC that had no helmet on (just on the off chance that helmets can prevent head shots for some reason.)

I used getav health to read the NPC's health for every shot. 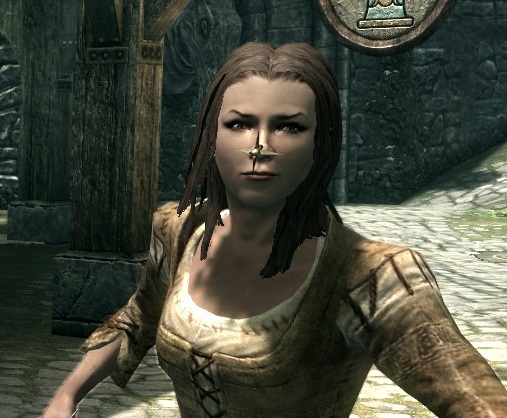 She took 79 damage regardless where I hit her, so no, there's no extra damage for headshots.

No. Skyrim has no concept of location-amplified damage.

You can decapitate with your attacks in some cases, but such effects are not triggered by preferentially attacking the head.

No, but since Skyrim is using a modified version of Gamebryo which was used in Oblivion, Fallout, New Vegas, the vats system from the Fallout series is still in place and it may be possible with modifications to implement location specific damage.

Actually, there is locational damage, although this only and ONLY applies to the spells: Ice spike, Ice spear. Hitting any enemy(could be only man or mer) in the head with these spells will do double damage.

Sometimes in my game, I can get a critical attack that does more damage than a normal one, its somewhat random though.

I can shoot them in the face one time and get normal damage then do it again and get a critical attack. You know it's a critical when it does that hollow knock sound when it hits them, but I've only found it works with a bow, haven't properly done it with swords yet.

And in case someone thinks I'm mistaking this for a sneak attack, this is while we can both see each other and attacking.

However, it's not just the face that has given me critical damage, I've shot them in the chest too and it's happened.

-1
How do I kill a dragon critically?
1
Does where I aim my attack matter in Skyrim?
25
How to clear this jump in Egypt - Obelisk of Khamoon
2
Is armour location specific?

19
How can I improve Light Armor as an Archer?
31
Playing Skyrim regret-free
29
How do I reverse a permanent health buff?
26
How to make Skyrim more challenging at higher character levels?
9
Regarding Crime in Skyrim
6
How do you manage the compatibility between mods in Skyrim?