How do I build down?

I'm playing Skyblock, and after getting my cobblestone generator working, I'm planning on a total revamp of my entire little sky-island. However, I want to make certain that I don't lose important stuff (like dirt), so I want to build a safety net under my island.

So I'm left with a problem very similar to this one: "Is it possible to lay a block adjacent to another without looking at the face of the existing block?", except I need to build down so shift doesn't help.

Oh, and there is no ground, it's just void beneath me, so dropping sand or gravel is out of the question (that, and I have no sand or gravel to drop).

Place water and lava on adjacent sides of the block.

When they flow it creates a column of cobble you can dig through.

Check out this video at about 10:00 to see water scaffolding in use. 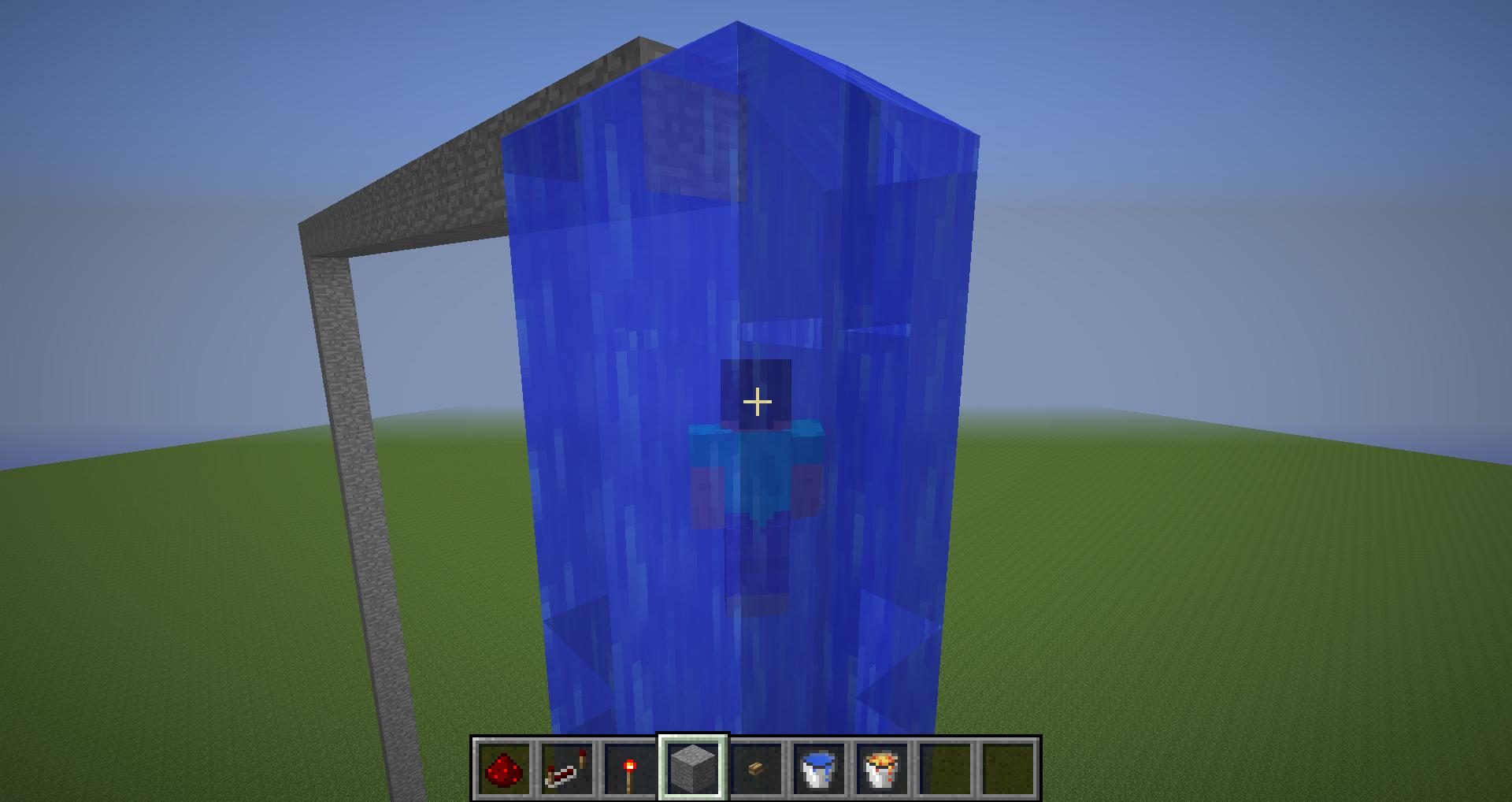 The lava/water method seems easiest, but if you don't have lava, you could also use a piston to push a bunch of blocks down, one at a time. Then mine safely down at that same spot. Make sure not to mine too far

build 2 rows of 2 separated by 1 space out horizontally from the edge. Put lava on the edge so it spreads over the 2 blocks - cover the lava with a block - put water on the block you have covered it with (preferably channelled with other blocks.

eg first layer looking down from above (. is empty space)

second layer (A = Any solid block)

Remove water, place in cobblestone generator - remove covering blocks, get lava and place in generator - get enough for a platform under the dirt. Pillar down on the column you created, and make your platform - I would suggest three below the bottom of the dirt as this places you on a nice level for the bridge to the sand island, no risk of accidentally knocking it and, once you have thinned the dirt overhead to the top layer, you can put cobble stone directly under it leaving room on the platform for other builds

(Hint I have used slabs for the bridge to the sand, uses half the amount of cobblestone)

You can place water on a block, swim down the water, and place the blocks on the block yo want it under. Make a line of blocks with one block sticking out. Swim up the water and collect it. Hop down to the block that is sticking out and build from there. You can destroy the blocks going straight down if you like.

The actual easiest way to build down is using climbing rope from the Literal Ascension (that's included in the mod pack) mod since you already have silk from the silk worms. It takes 3 silk in a diagonal pattern. You can then attach it to the side of a block and it continue adding to it right from the top and it will build downwards automatically. Holding the SHIFT key will stop you from climbing easily allowing you to place blocks.

Actually, there's a quite useful way that is similar to what's been suggested here, although it depends on a recent version (with water logged blocks). However, if you continue going in the same patter, you generate a 3 wide pillar of blocks down to level 1. It does require 2 buckets, one with lava and one with water. You start on the side of the island where you have three blocks together. Using slabs (wood might work, but depends on fire spread conditions, stone is better), you put 2 slabs out and then mine the one between them (so you get this:

Where each A is air. once you have this, you put lava in the middle square (against the Side of the slab). After waiting a bit for it to get fully down, you pick up the lava and quickly place the water in the slab (waterlogging the slab). You end up with this pattern:

Where the C is the cobble or stone that was generated. You then add another slab, remove the one in the middle and repeat.

Use a piston pointing down 3 or 4 blocks above you. Below the piston place dirt then use a button or lever to operate the piston. The dirt will be pushed down, then place another piece of dirt or stone between the first one and the piston. Repeat until you are done. You could place a layer of dirt just above the piston and move it along, effectively punching the blocks into place. Useful when you have no access to lava.

21
Is it possible to lay a block adjacent to another without looking at the face of the existing block?

21
How can I safely dig straight down?
0
Most Efficient Way To Mine Cobblestone
1
How can I slow down Minecraft?
25
Will water flowing directly downwards hydrate my farm?