I've installed NFS MW 2005, but unfortunately it's impossible to play because of weirdly flickering screen with randomly and quickly appearing and disappearing horizontal stripes. It's difficult to capture this screen state as taken screenshots don't showcase this issue, but here is a photo of it: 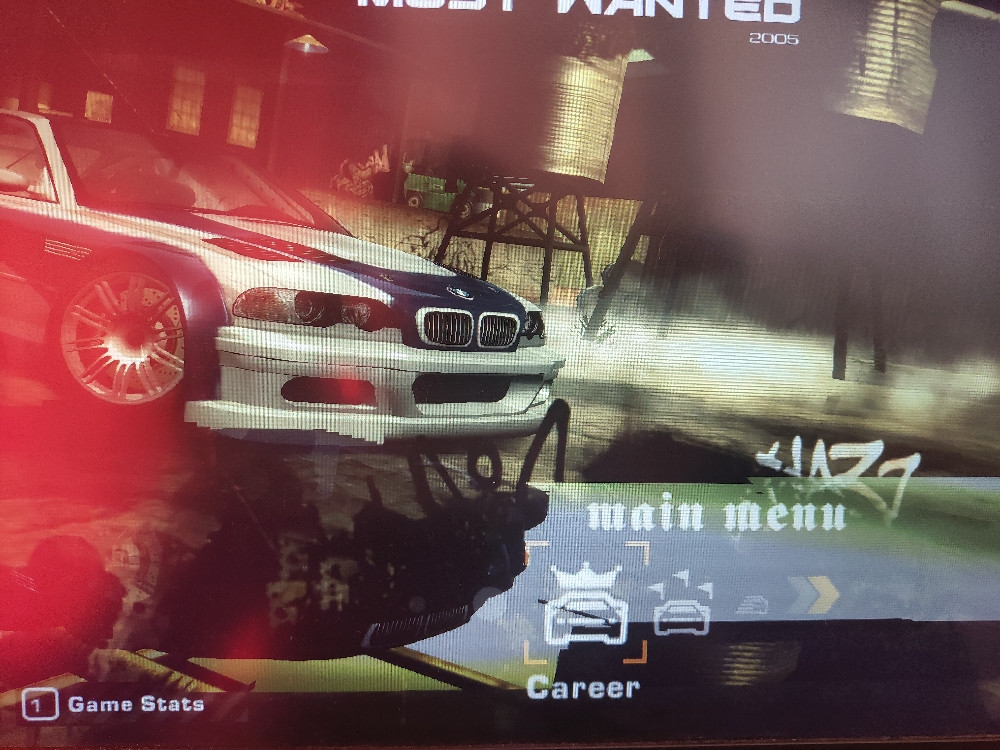 I've tried updating NVidia GPU Drivers, but to no avail.

Seems that running the game with the discrete graphics card only instead of system default mode which uses both Intel HD 4600 and Nvidia GTX965M did the trick.

Set Vsync on, get to the settings screen, push 2 for advanced settings then push vsync on.

Not the answer you're looking for? Browse other questions tagged technical-issues need-for-speed-most-wanted-2005 or ask your own question.

4
Why do my desktop gadgets move from their previous positions when I exit NFS: Most Wanted?
7
NFS: Most Wanted complains that D3DX9_26.DLL is missing
3
Controller always pulls left in Need for Speed: Most Wanted (2005)
5
Do all the cars in NFS Most Wanted become the same after upgrading them to their max?
11
Extreme FPS Drop in Counter Strike Global Offensive
3
NFS Most Wanted Stopped Working On Ronnie Rival Challenge
3
Periodic FPS drops in CS:GO