Getting rid of site created via the developer tools

I was snooping around the dev tools and noticed an option to create a "Debug Arena". I decided to try creating one. I immediately got an error though that it hadn't been setup correctly, but it added a location on the map called "Site".

I realized that I'm on permadeath and didn't know what would happen if I visited it, so I never went near it. It's stuck on my map now though, and also creates an error every time I start the game. See the screenshot for the debug logs, and a picture of the "Site" (with my settlement to the left of it). 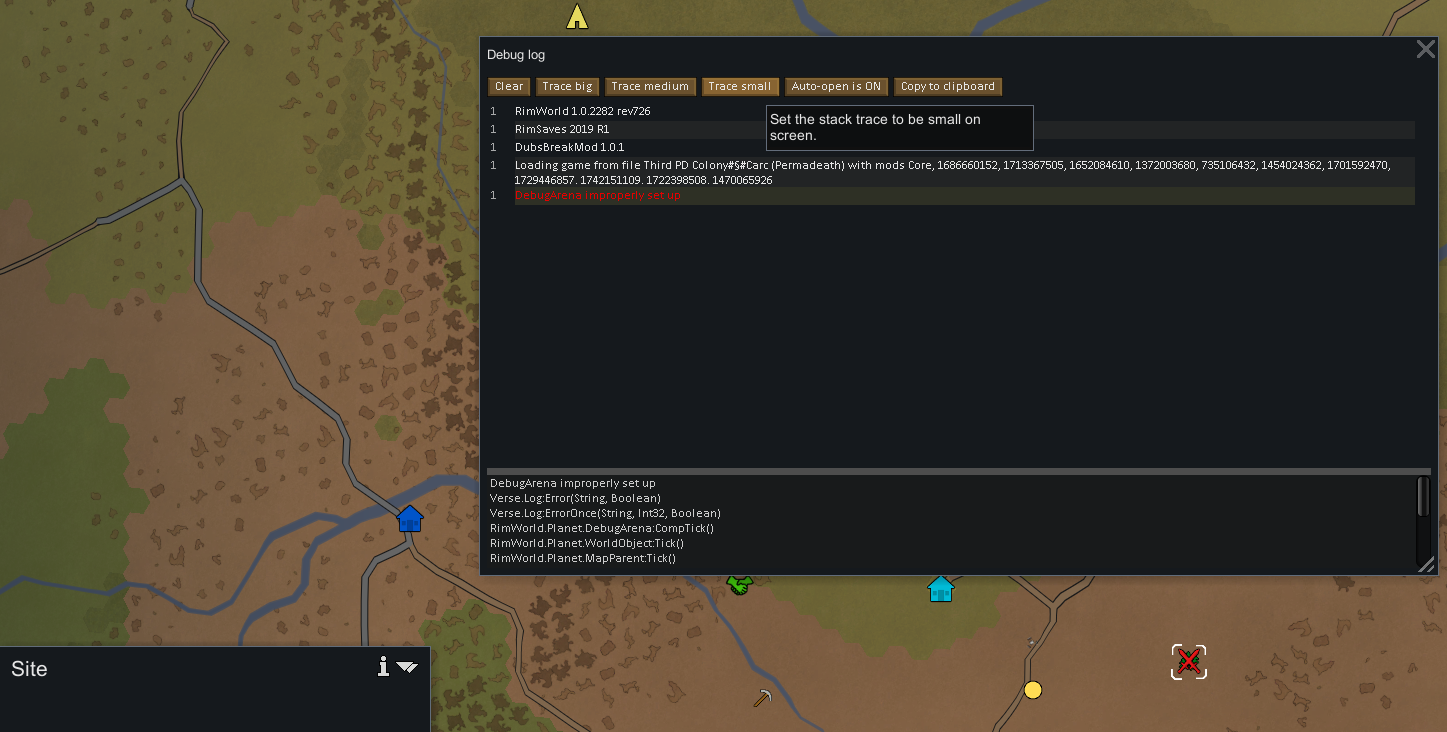 I've searched all over the dev tools to find an option to delete map sites, but haven't found anything.

How can I remove the site?

I found a reddit post (thanks r/vividflash) on how to do it and decided to document it a little more thoroughly.

I ended up editing the save file. My file was found at

Then I found the .rws file with my save name, and made a backup copy of it.

I opened the save using Notepad++ as noted in the Reddit post. My save was 11mb, so the built-in Notepad didn't have a chance of opening it.

I searched for "arena" and found multiple nodes in the tree that looked like:

I had accidentally created other weird things on the map as well when I was messing around, and they all seemed to be referred to as "Debug_Arena"s. I deleted them all, loaded up the save, and all the weird map sites had disappeared.

5
What can I do in Rimworld after getting the basics set up?
1
Which files should I modify to get rid of the unpleasant buzzing alerts?