Part of my house is inexplicably gone

I have been doing a new survival world, and I was out on a completely different island exploring, but when I came back to my house, I was greeted by this. 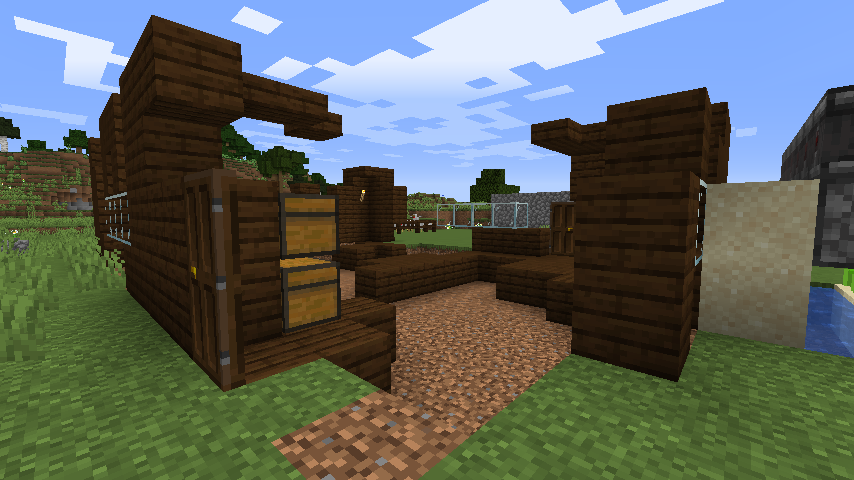 My first thought was creepers, but I then realized that only my dark wood blocks disappeared and nothing else. All of my windows were intact, and so were my anvil, crafting table, and all of my chests. Then I thought an enderman stole blocks, but just look at how many blocks are missing.

What happened here, and why have only the dark oak blocks disappeared?

Your house probably got struck by lightning.

Even though it is unlikely, it seems to be the only possible theory left, and makes perfect sense. The house probably started burning from the inside after the lightning struck, and as soon as the roof caught fire and got destroyed, the fire on the walls and floor got extinguished by the rain from the thunderstorm that caused the lightning in the first place.

This explains why only wood got destroyed without glass, chests and the door getting destroyed. The pattern of destroyed blocks could also possibly be created by the fire, since there are remaining blocks scattered around, which is typical of fire to do.

I'm guessing a chunk save failure, perhaps caused by 1.14

I don't think the house was struck by lightning. For that much damage to have been done it would need to burn for quite some time. Fire is slow to destroy blocks, and doesn't spread quickly. Unless you were nearby the chunk wouldn't have been loaded and the fire would not spread. If you went straight to the island you were exploring and straight back then you definitely would have seen any fire that destroyed that many blocks.

Your house probably isn't in a spawn chunk as it wasn't loaded for very long once the floor was gone. We can tell because none of the dirt below the floor has turned to grass yet (grass spreads anywhere in a 3x3x5 area).

You mentioned creepers and endermen. Creepers are powerful and would destroy the dirt under the planks (not to mention there would be nothing to aggro them if you're gone). Endermen cannot pick up any wooden block.

I don't believe this is a whole-chunk error. It appears part of the roof is overhanging areas of the floor that were removed and vice versa. Also, the affected areas didn't revert to their seed-generation state. If so your floor would be replaced with grass.

To me, the best explanation is that either the chunk failed to fully save or had errors when loading. Given the very specific damage, my best guess is a save failure. Due to that failure, affected areas reverted to a semi-random prior state when you were building the house. This is the game behavior being exploited in the well-known chunk-overflow dupe.

There were bugs in 1.14 that caused crashes and data loss, such as MC-147754. There were also numerous chunk issues with 1.14. If you updated around that time then maybe you were affected by one.

Note: Intended to comment on Quijibo's answer but don't have the rep yet, so taking a stab at an answer for you.

I had the same problem in my world: 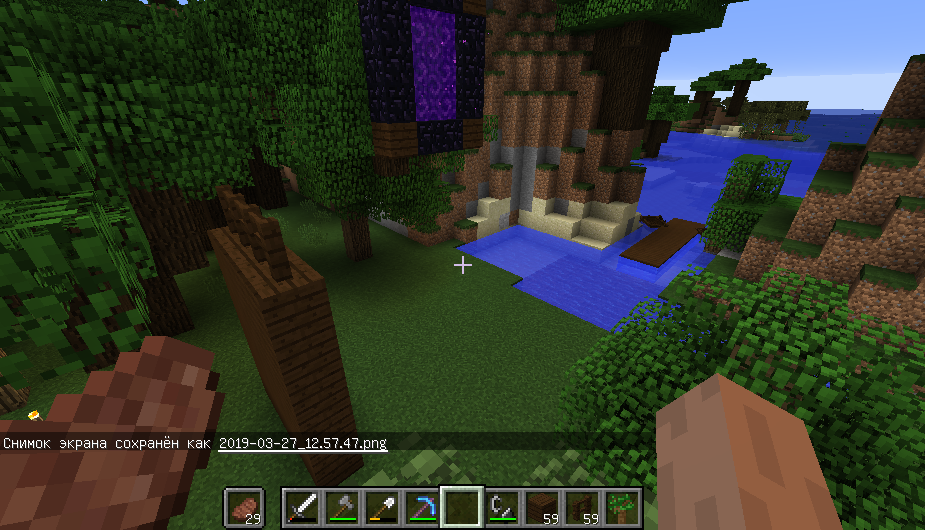 I caused it by quitting the world too fast. I mean, I entered the world, and almost immediately quit. The chunk my house was on didn't have enough time to load, and so it was saved like that (BTW, all the work I did in caves on this chunk also got erased). Unfortunately, on this chunk I had chests with everything I got(as I remember, about a stack of iron ingots, 12 golden ones, 4 diamonds and lots of everything else).

You're pretty lucky to have only dark wood planks erased. I think all the blocks got loaded except this ones, and so it got saved like that. There is no solution for this problem if you caused it. Just try to be careful with Minecraft: though it's a wonderful game, it still has a lot of bugs.

3
Most of my house went missing and I don't know why
37
How did part of my house in minecraft disappear?
0
What blocks can endermen pickup?

57
All the contents of my shelter exploded, killing me and leaving my shelter virtually unscathed. How could this happen?
3
How did my objects disappear?
37
How did part of my house in minecraft disappear?
6
My friendly mobs are disappearing, what can cause this?
3
Preventing Iron golems from spawning outside the spawner platform?
1
Redstone engines stopped working, due to chunk onload and right on the boundary?
3
Corrupted Textures?