How do I cross the lava in this room in Gerudo Ruins?

I'm trying to make it through the Gerudo Ruins, and I'm pretty sure I need to cross this lava pit. The problem is, I don't have any idea how to do that. 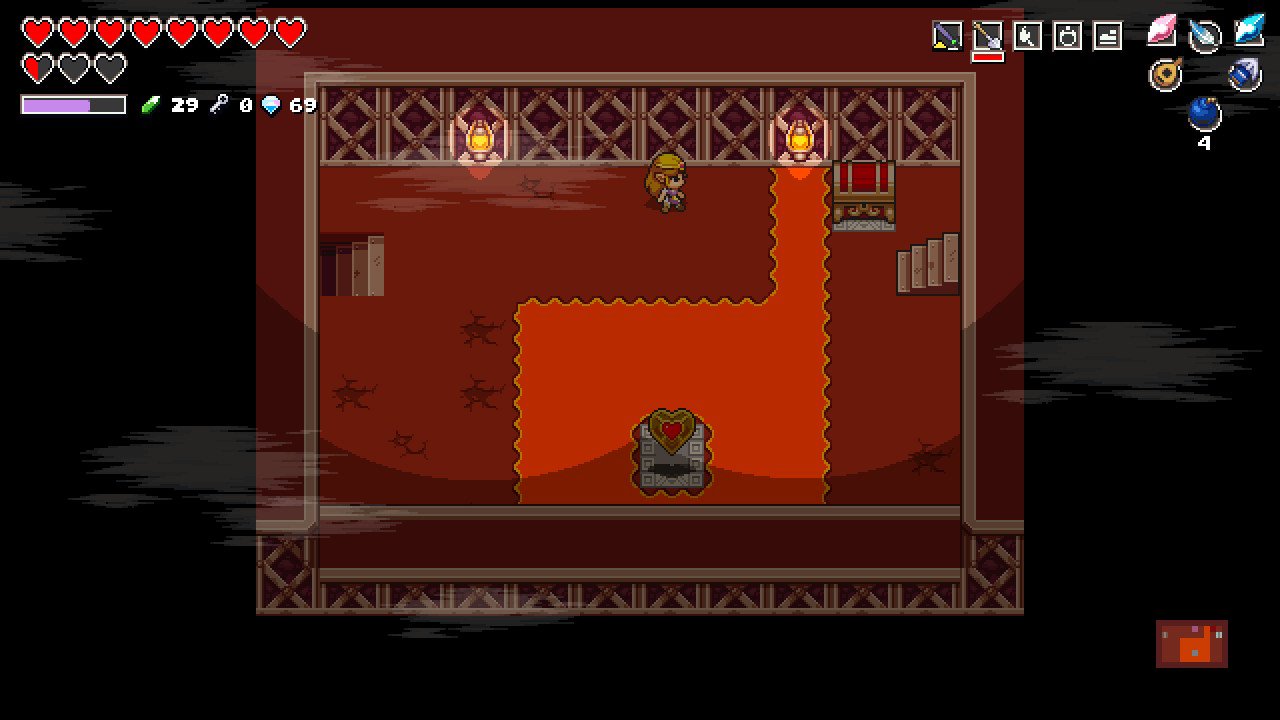 You can't hookshot the chest, since that puts you in the lava, and beyond that I'm completely stuck. What am I missing here?

TL;DR: Push petrified Deadrocks into lava to create a path or get a Goron pendant.

There should be three Deadrocks in that room. Deadrocks turn into stone when you hit them and are invulnerable for some time in almost all Zelda titles where they appear.

However, in Cadence of Hyrule, you can still push them around when they transformed into statues. If you push a petrified Deadrock into lava, they will melt down into hot stone and therefore create a path.

Exiting and re-entering the room will make all of the Deadrocks respawn, in the event that you have killed them all with bombs.

Not the answer you're looking for? Browse other questions tagged cadence-of-hyrule or ask your own question.

6
How do I access the stairs behind the royal rapier in Hyrule castle?
3
How do the “choose one” chests work?
1
How do you get the gear in the overworld?