CTR: Nitro Fueled introduced this currency that lets you buy and unlock new characters, skins and stickers from a store called Pit Stop. 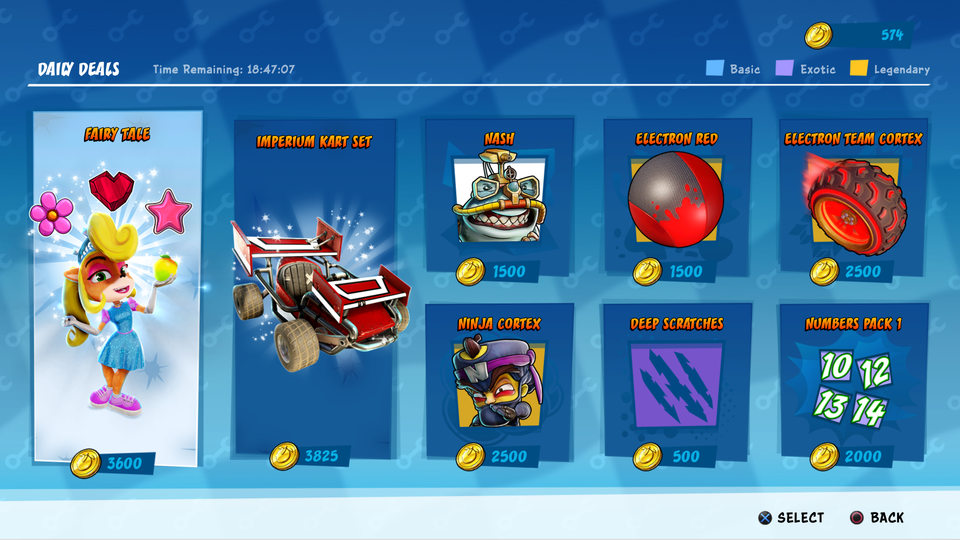 Since I get like 40-60 coins after every race (in hard mode) this seems a very long job, cars and sets cost 3000+ coins each so here's the question...

Is there a best way to earn these coins?

Rewards are determined by the track tier, your finishing position and if it's an online race or not.

You win the same base rewards in aventure and arcade. The difficulty setting, number of laps or opponents don't matter.

If you're playing in local multiplayer, only the main account running the game on the console gets coins.

When playing online, rewards get a x5 bonus multiplier until you earn a daily soft cap, it resets every day.

The soft cap seems to be when you earn roughly ~2500 WC, after that, you earn the standard reward (same as offline).

The counter resets at the same time as the Pit-Stop rotating its content.

The multiplier works for private races too, so if you want to farm coins, you can grind races on Tier 3/4 tracks to maximize gains

Online rewards can be doubled on weekends (x10 multiplier until soft cap then double the base reward).

All tracks give now a different amount of coins, see here.

After the October Grand Prix update, you don't get coins from local battles anymore.