How do you get the “bad” ending in World of Light?

I have reached the final area of the World of Light, and I think I have cleared out every fighter from the light side of the map. From what I've read, I should be able to now go to and fight Galeem to beat the game. However, I don't see any way or path to get there. There is what looks sort of like a path near the top, but it's not a place I can actually go to.

I am wondering if it's because I haven't actually defeated enough battles... how do you know if a given battle/spirit is actually light team or dark team? Is it as simple as the right half of the map vs the left half of the map? Or is there any indication when looking at the battle preview if it is a dark spirit or a light spirit? 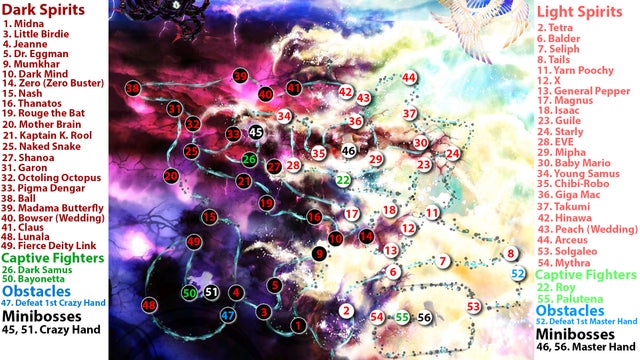