Do abandoned mineshafts have a higher spawn rate for ores?

Today I mined out an abandoned mineshaft for iron ore to power my beacon. Strangely, in a timespan where I might find 1-2 stacks of iron ore through mining in normal caves, I found almost 4.

I heard a rumor a while back (no idea where it came from) that more ores will spawn near these structures. However, I was thinking that this abundance could also be due to the fact that abandoned mineshafts have a lot of surface area compared to a typical cave of comparable volume, and therefore more of the ores that already generated spawn naturally. It could also be that the mineshaft was higher than the level I usually mine at; normally, I mine at layer 10, but in this case I was somewhere between layer 30 and layer 50. Finally, this could also be purely anecdotal, e.g. I was mining for longer than I thought I was, or I simply got lucky.

So because I still need another half-stack of iron blocks to bring a beacon to full power, I'd like some input on the source of this sudden influx. Would my high yield in the aforementioned mining trip be attributed to:

Since 1.10, mineshafts generate up to height 79 instead of the usual 32 in Badlands biomes (called "Mesa" back then) and contain much more gold ore (10× as many generation attempts), up to height 79 as well. Source: https://minecraft.gamepedia.com/Badlands#Description (archive)

Iron ore generates like normal there, as well as all other ores except gold. So either you happened to be in a Badlands biome and dug up more gold, leading you to more exposed area and therefore more iron (but then you would have made this post about gold) or you just happened to find a lower mineshaft (or randomly had better luck).

Mineshafts can go up to height 32, but they can also go arbitrarily low. The lower a mineshaft is, the higher the probability of finding ores, because they generate more frequently at lower heights.

Here is a useful chart for ore chances: 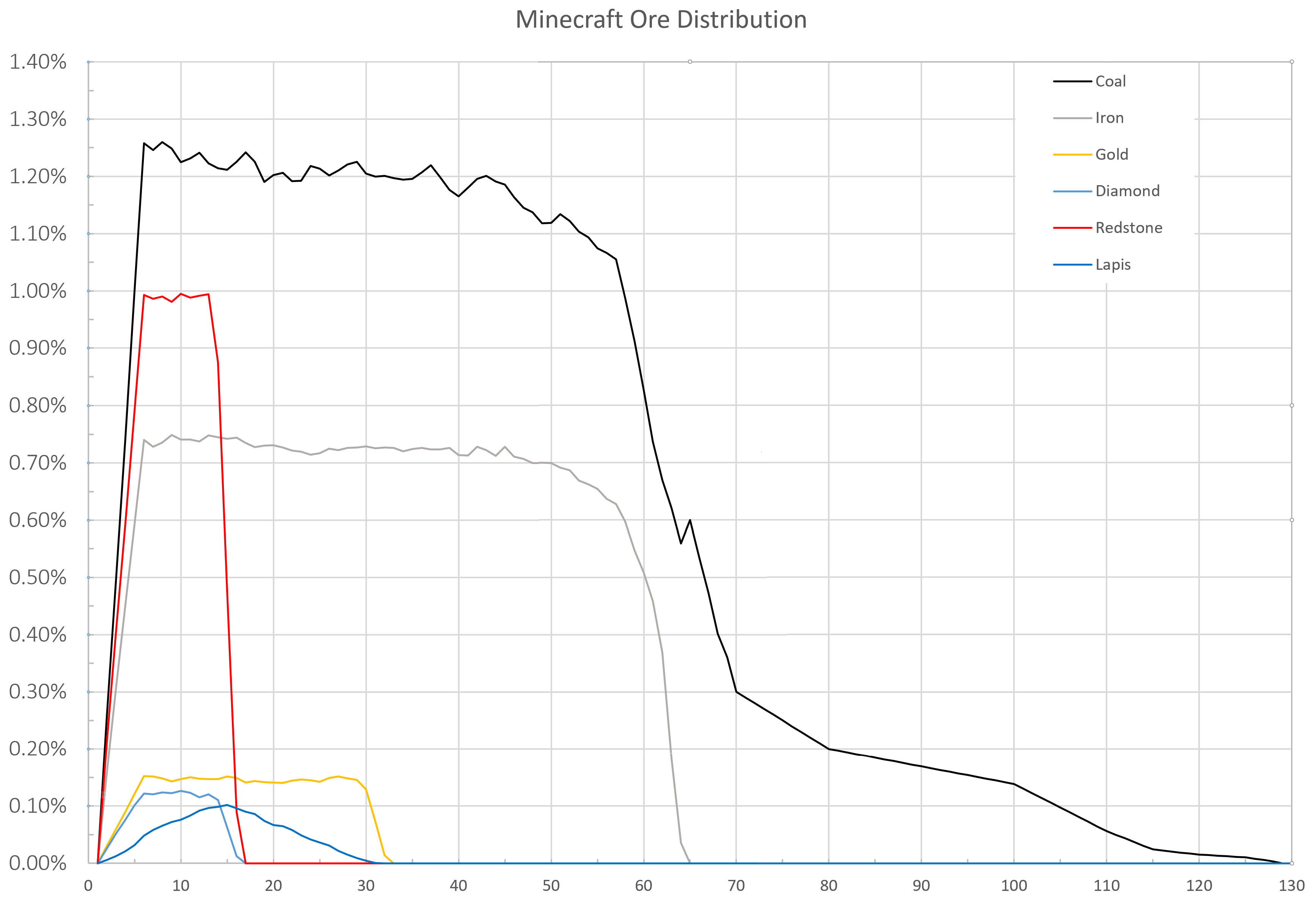 3
What are the max ores per hour using branch mining in Minecraft that you can mine?
1
Why have I got low spawn rate for animals and mobs
24
Why won't my nether portal bring me back where I left?
7
What is the spawn rate of Witches in Minecraft
2
Spawner - Did the spawn rate change?
2
What's the best location for the player to spawn slimes in these 4 chunks?
1
What is the spawn rate of Creepers in Minecraft?
0
Does chunk (0,0) have an increased spawn rate as claimed in this old post?
8
Is there a relatively easy and efficient way to spawnproof large areas in the Nether?
1
Do cave spiders only spawn from their respective spawners or do they also spawn naturally in abandoned mineshafts?