I've been playing Minecraft for about a month now, and I've made a couple skins, and both of them have an outer layer. They don't show up on my screen, so I thought it showed up for everyone else and that it was just a glitch.

While I was doing a modded survival, I accidentally went into the front view mode while mining a tree. Then I saw the outside layer on the INSIDE of my skin. I was hoping I could get some help on why this is happening. I've added screenshots of my outside layer on the inside and my two skins to see if anyone recognizes what's wrong. 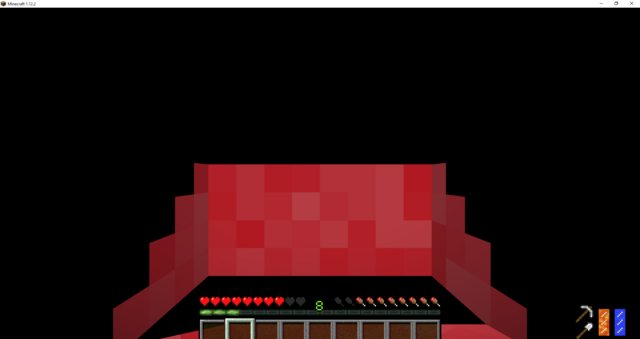 All you have to do is switch the head and outer layer around in a program like paint.net that supports transparency.