Killed by something that leaves a crater?

I'm playing No Man's Sky on PC. I was at my base trying to interact with a portable refiner I left next to a building when suddenly there was a crash and I died.

When I respawned, there was no "Killed by XYZ" message, and the spot of my death (about 500 yards away) has an impact crater.

My planet is peaceful except for a few spider-looking little aliens. The Sentinels are benign. What could have possibly killed me? I saw and heard nothing when it happened -- no animal or angry sentinel noises, just a boom/crash. The 'shields are down' message flashed at the same time I died, so it was pretty much instantaneous.

My only idea was that maybe I was hit by a meteorite, but I've never seen meteorites so far in the game (and Googling doesn't seem to bring up anything for that.) The gamepedia page on Death doesn't list anything relevant either.

Here's what the impact crater looked like when I went back to get my stuff. Notice it's under the refiner. 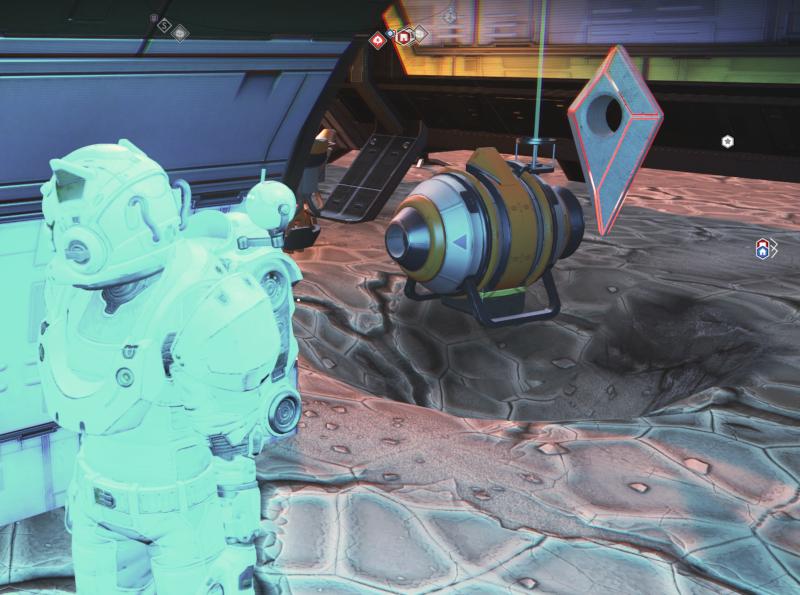 If you had a grenade launcher or geology cannon equipped, you may have misclicked and blew yourself up. killing you and leaving a crater that size.

2
Do players that run into each other share Atlas paths?
6
Why can't I find/install the upgrade that I just discovered?
3
How do you get the ship targeting system to lock on, specifically target that leads enemy ships?
1
It says that I received an atlas pass v2 but I don't have the recipe in my inventory
4
Can another player loot your grave if you are killed in a multiplayer session?