1.14.4 Testing for a play killing another player, then outputting a result

I have a scoreboard name of KillLog with the playerKillCount criteria.

The system I have been fiddling with does absolutely nothing and I don't know why. I have removed redundancies, toggled the blocks to always on so they don't require redstone, watched hours of tutorials and I don't know where the problem is. Forgive me, I'm new and hope to make better stuff than this dumb system later on.

I expect this first block to execute a check 20 times a second the playerKilled score and when it equals 1 I expect it to activate the chain of blocks after it. 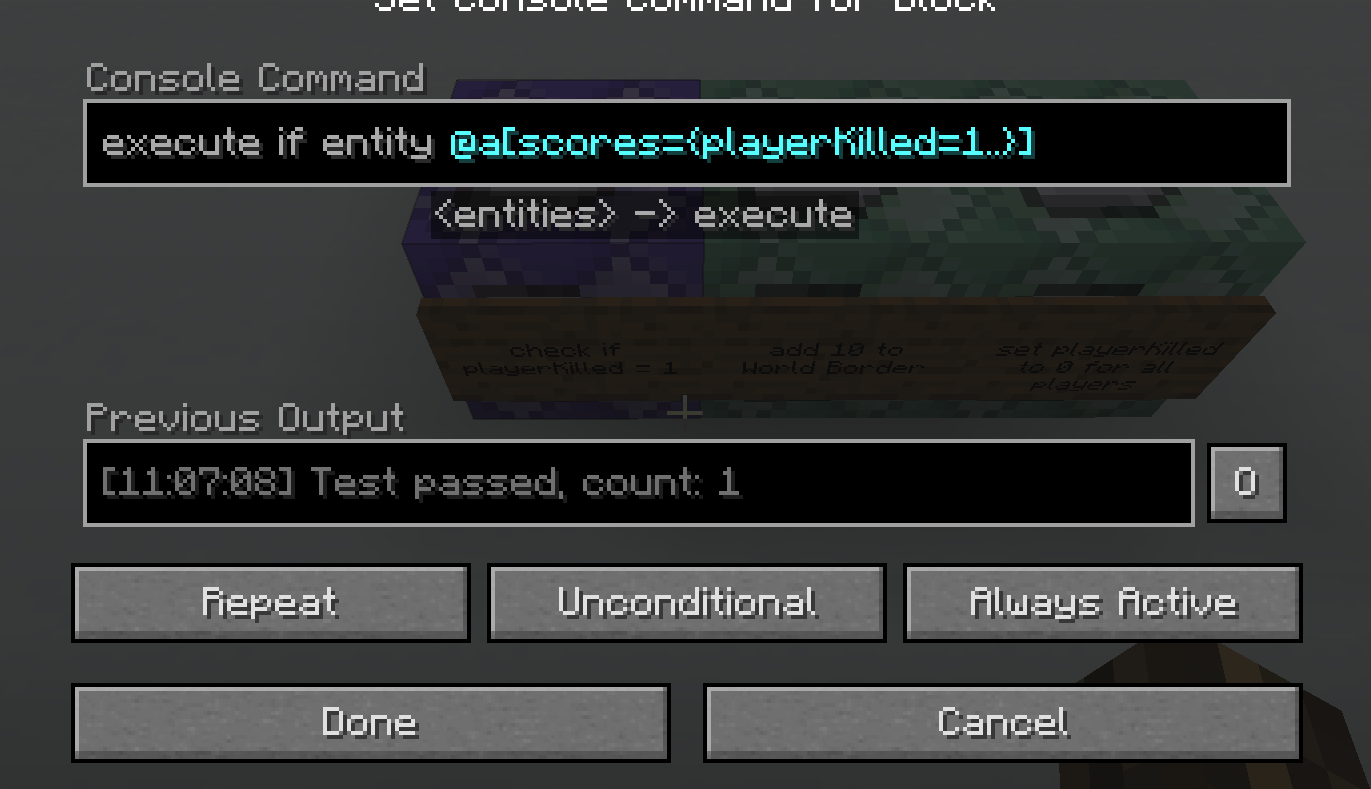 I'm more than confident in believing this second block will add 10 to the world border, but despite the command attached to it being true, the border remains the same size. 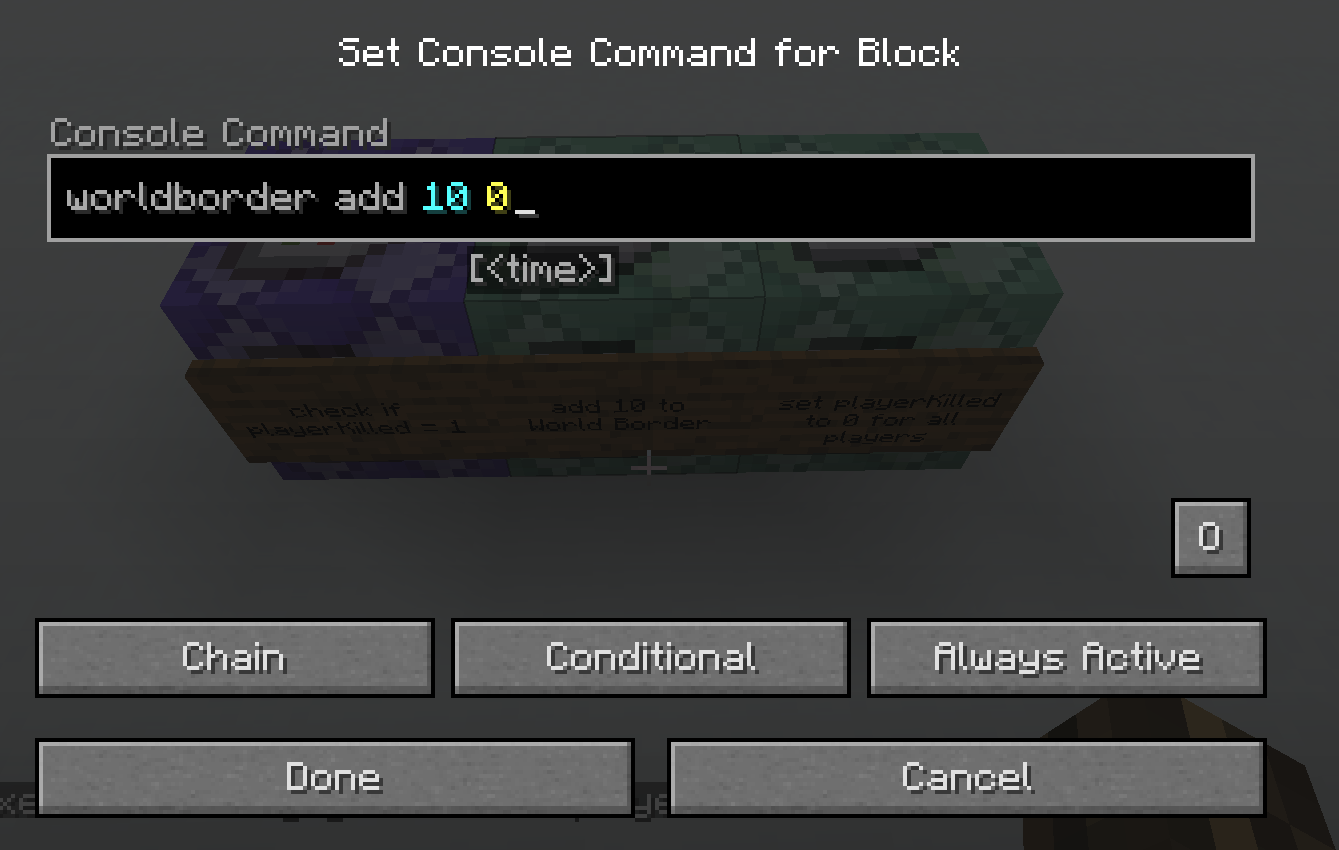 This last block, I believe, should reset the score in playerKilled to 0, but similarly to the block before it, it doesn't activate despite conditions being met. 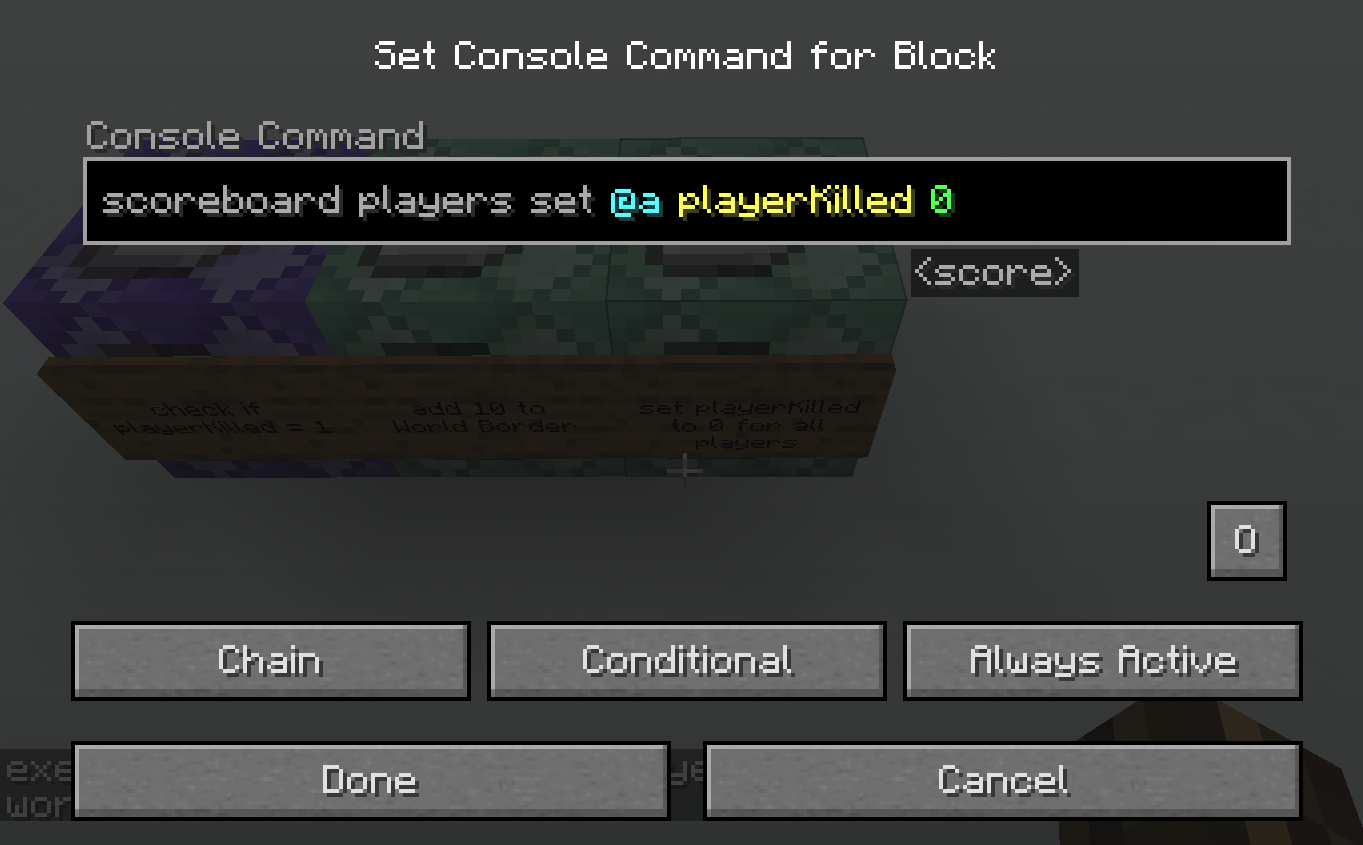 My problem is I must be believing something incorrectly about my system, but my limited knowledge and density of depth of command blocks makes it difficult to identify the problem. I believe the repeating block isn't actually testing for what I think it's doing, and since testfor doesn't exist anymore I'm at a loss.

*Edited for clarity and previous suggestions updated with pictures.

Forget it. I figured it out.

This Repeating command block needs to be connected to a comparator and that points into an impulse block that then adds 10 to the world border, then resets the system using a chain block. 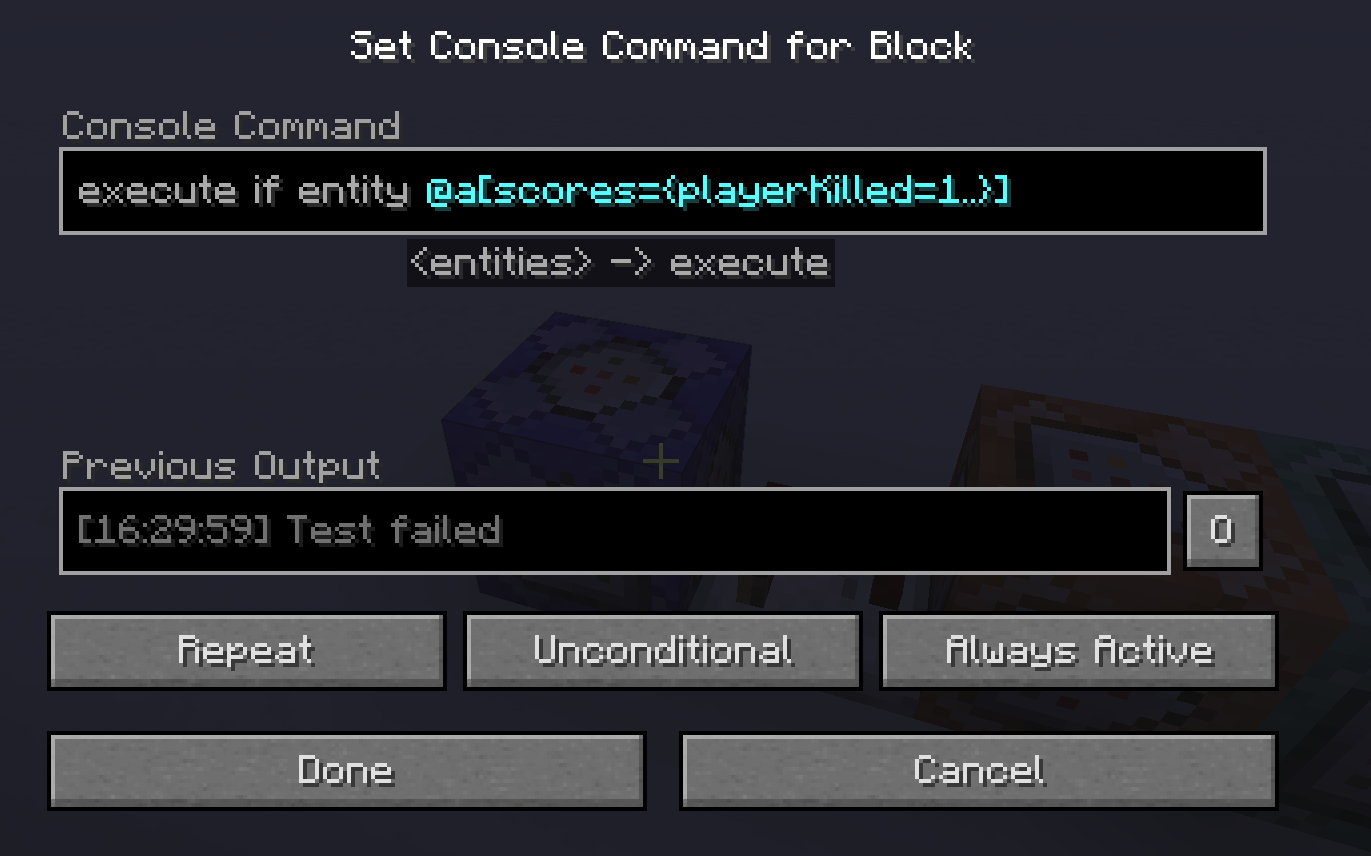 I just needed a solution to the testfor command being removed, that's all. It's sorta a duplicate of another question, but not exactly the same.

0
How to target entities relative to the executor in scoreboard operations?
0
How can I build a 'shop' that trades score for weaponry?
0
Setting score to moving variable
0
Is there any way to make scoreboard objectives Universal?
0
Clicking on button to open custom villager gui
0
How do I use the testfor command to work on a scoreboard Bedrock edition