Why does this rising-edge detector fail when connected to this t flip-flop?

This is for the Minecraft Bedrock edition (on Xbox One).

I've built a simple redstone circuit that combines a t flip-flop using repeater-locking based on this design and a rising-edge detector based on the "circuit breaker" design here. 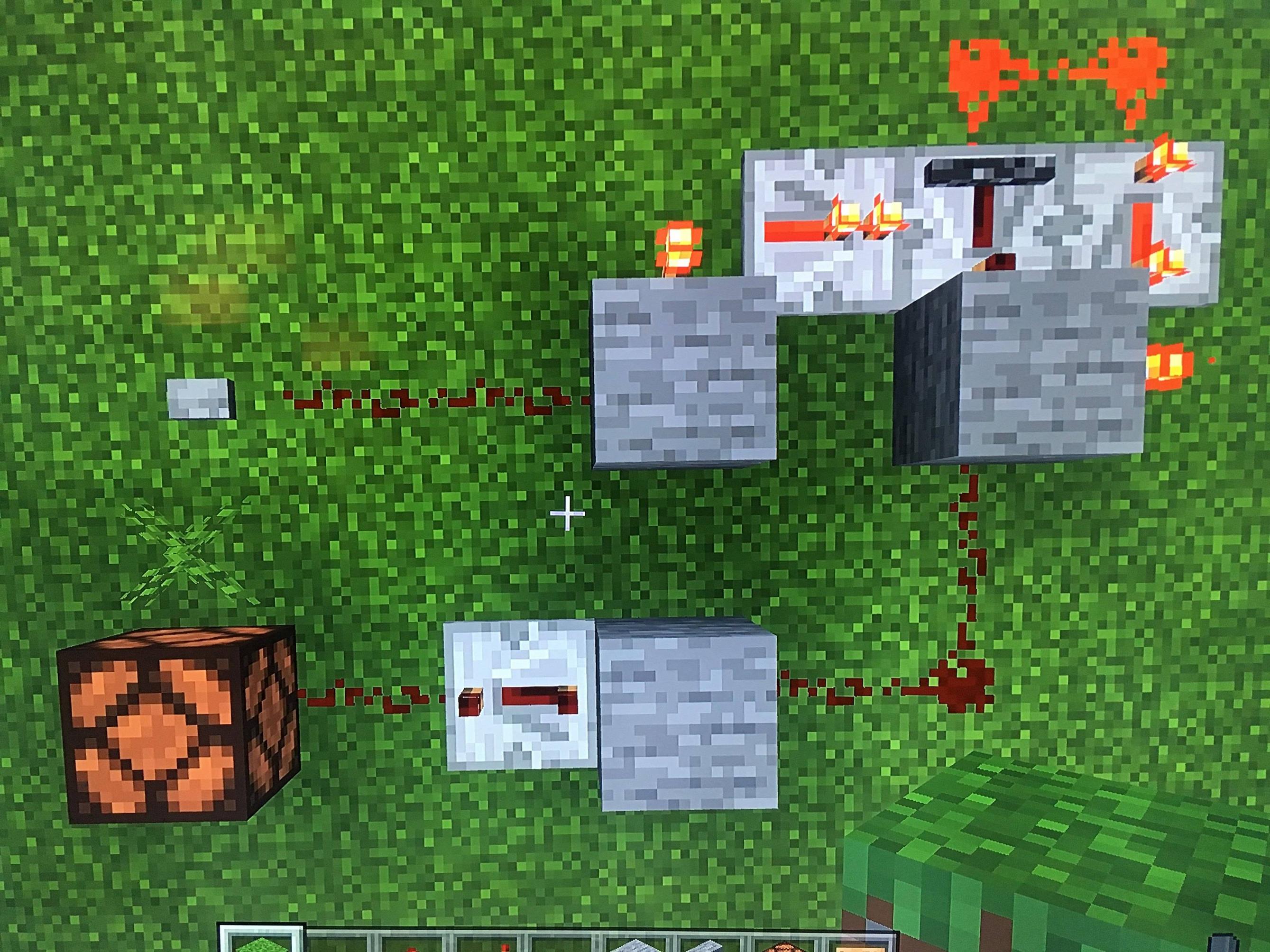 The bottom stone block in the picture has a sticky piston underneath it facing towards the block, as per the "circuit breaker" design I linked to above.

If I press the button in the state shown, I would expect to see the section between the t flip-flop and the rising edge detector to turn on steady, and to see the lamp in the bottom left light up for three ticks and then turn back off.

In reality, the rising edge detector doesn't seem to work when it is driven by the output of the flip-flop. The piston goes up, but the repeater after the piston never gets activated.

If I place a lever inline and use that instead of the flip-flop, the rising edge detector works as expected.

I don't see any reason this wouldn't work. What am I missing?

Edit: It seems that if redstone signal passes through a repeater at all, the "circuit breaker" rising-edge detector described above doesn't work. Does this work on the Java Minecraft? Does this have something to do with how blocks are "updated"?

By routing the output of the flip-flop to a piston that connects a torch to the circuit breaker this bug can be circumvented: 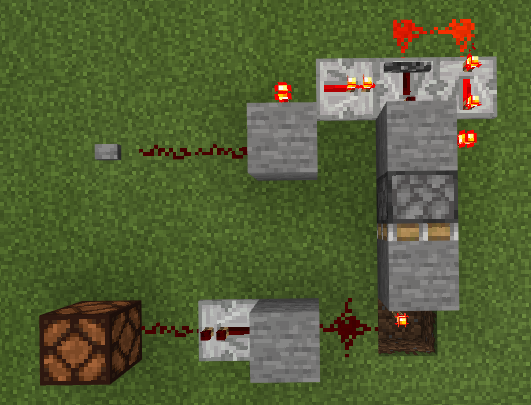 Not the answer you're looking for? Browse other questions tagged minecraft-redstone minecraft-bedrock-edition .

5
Behavior of a JK flip-flop
6
How can I get this redstone blast door to do what I want?
1
How can I change the outputs from two different wires to the same state (on/off) using one input, regardless of the previous states of the two wires?
1
Sliding blocks with pistons - can I delay the rising edge only?
2
Mechanics of this observer stabilizer?
3
Synchronize two redstone pulse inputs
1
How to change the direction of a command block chain? 1.15.2+
4
How can I make a "cascading light" effect in Minecraft?