Is there any way to swap a bot by a specific bot name in CS:CZ?

I play Counter-Strike: Condition Zero game. When I play around total 50-60 rounds, one of my bot gets swapped automatically with a Easy bot.

For example, Maverick is swapped by Kenny.

Now, I can kick the new bot, but again someone else joins.

If there's no fix, is there any command to swap the bot with a specific original bot?

I don't know if it's a bug or something else, but I found the solution.

This problem occurs when you close the console.

But when you kick the player and don't close the console, and type the next command to add the original bot, it basically swaps it. Which I wanted. So the entire bot list is same again.

You may want to read the console here: 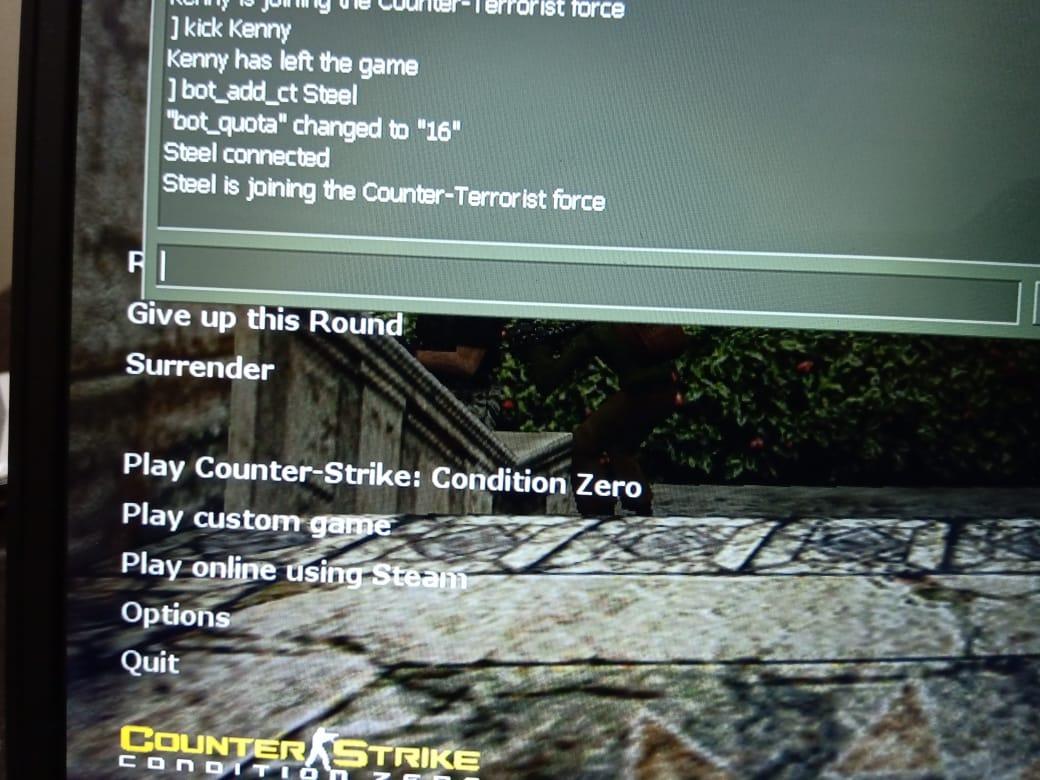 EDIT: It isn't likely a bug I think. Because I've noticed that it happens only when one bot kills other bot in his team. The maximum number is I think 3 or 4. Once a bot kills his teammate (bot) more than this, he'll be kicked automatically.

Not the answer you're looking for? Browse other questions tagged counter-strike-condition-zero or ask your own question.

1
Games not smooth when I play while internet is connected