Are there consequences for taking the dragon phylactery out of the Rymrgand's realm?

In the "Beast of Winter" DLC for POE2, your main task is to deal with an undead dragon, who keeps trying to escape the Rymgrand's (the god of ending and entropy) realm. But in the end, you don't have to actually fight the dragon - with enough skills, you can tell her that you will take the artefact (which she bound her soul to) away, to the real world.

Rymgrand's avatar (the titular Beast of Winter) will ask you to give him the artefact, giving some cryptic warning, but he doesn't press the matter. In the end, you can safely take it out to the normal world and use it as a trinket: 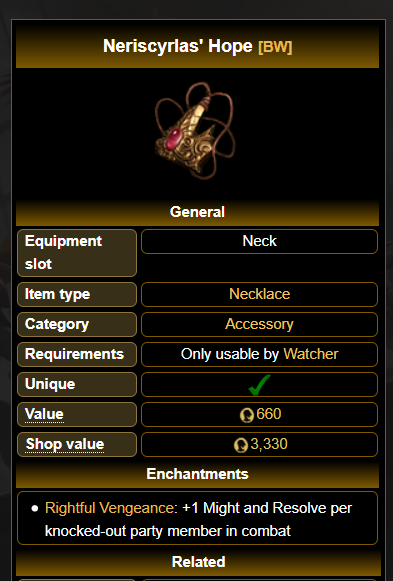 But are there any long-lasting consequences (i.e. described in the endings) regarding releasing vs destroying the dragon?

I recently talked the dragon into coming with me and then beat Rymrgand to leave. It changes some dialogue plus the end-game wrap-up, but there were no practical effects that i noticed.

Not the answer you're looking for? Browse other questions tagged pillars-of-eternity-ii or ask your own question.