What is the purpose of Strength, Intelligence and Dexterity in Path of Exile?

I started to play PoE last night and I was wondering about the utility of the three main stats that are Strength, Intelligence and Dexterity.

From what I know now, these are used to limit what pieces of equipment your character can wear.

But is it really only that?

In most game systems, stats like these are used to increase HP, damage, MP, Energy or whatever, but for now I only got skills which deals fixed damage, thus not stat-scaled.

A friend of mine who has played longer than I have also doesn't really comprehend this. He told me that he managed to reach 300 STR, but that 150 should be enough for most of the stuff his character wears, so he's wondering if he should be focusing more on INT in order to raise levels of Auras.

Except to be able to equip some equipment and gems, what is the purpose of STR/INT/DEX?

Each of the stats has some form of defensive scaling but only strength directly increases your damage and dexterity will increase your accuracy (thus amplifying your damage indirectly):

As you've mentioned in your question you're already aware of the fact that all the stats are required to equip certain pieces of armor and/or skill-gems.

Here is where PoE is somewhat different from most other games (which can be confusing):

Very often it's a good idea to build opposite stats on character builds (e.g strength on mages, intelligence on warriors etc.).

If you look at a witch as a starting class for example you wil usually have no trouble obtaining the intelligence required to equip a certain piece of mage armor or a spell-gem. However maybe you want to use a fire spell (those usually have some strength requirement) and often times you'd have to actively invest into strength to equip and upgrade the gem past a certain level.

For aboout 90% of builds you want to have just enough primary stats to equip all your required skills and armor at their optimal ranks. There are some builds that are focussed on maximizing STR/DEX/INT but they're definitely not the majority.

Remember that the skill tree offers very generous ways to invest in stats that don't usually fit within the class archetype you are gunning for. There are a fair amount of notable passive skills that are easy to path to that grant stats, including notables providing off-class stats not associated with that class. For example, the image below has notables offering +30 int and +30 str, conveniently next to the Duelist and Ranger classes, both of which are primarily dex-based. 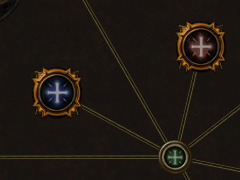 Gearing items like weapons and armor can have prefixes that add attributes, and jewelry like amulets and rings can provide implicit attribute bonuses. Certain Unique items may also provide additional benefits to your attributes, such as the Shaper Unique Shaper's Touch. 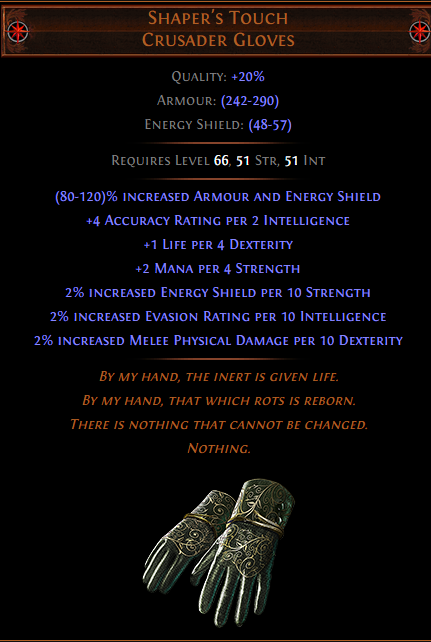