How accurate is the new appraisal system?

I used to use a third party app called "Pokegenie" to appraise my Pokemon. This would give me a rough guide on how good the Pokemon is based on their overall CP (and other values). Sometimes it would be a range, like 10-15, as well as a list of potential IV combinations, until I leveled them up high enough to give a specific IV. 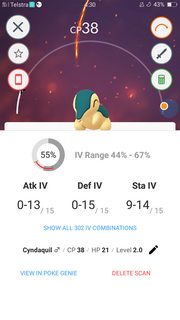 However now the new in-game Appraisal system evaluates the IVs. The Pokegenie app now says that it can give a specific report on what the IVs actually are, based on this Appraisal. 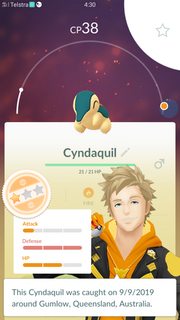 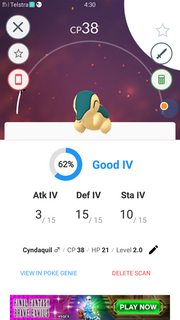 So how accurate are these Appraisals? Do they give the actual IVs, or is it an average IV based on their current range?

The new appraisal system shows the exact IV's of your Pokemon:
each chunk represents 5 IV's. If the bar is empty, it's 0 IV, if it's full and a darker red colour, it's 15.

I don't use the Pokegenie app but I assume it's just looking at how full the bar is and telling you the exact IV as it can be a little tricky to tell at first just by eyeballing it.

For example, it's obvious when it's 10 or 15 IV's, as the bar's filled up right to the end of a chunk; but when it's 11 or 12 it might be a little hard to tell the difference at first. But after a little practice, I personally don't think an app is necessary to tell you what IV's your Pokemon has anymore.

4
Why is my street map in pokemon GO accurate even when GO is not out for my country?
31
What does Pokémon Appraisal actually tell you in Pokémon Go?
10
Does the buddy system have the same speed restrictions as egg hatching?
34
How does the new catch bonus work in Pokémon Go?
16
What exactly are the "new encounter mechanics"?
12
How does the gym's badge level system works?
9
Is there any reason to feed a berry to a Pokémon in the new gym system?