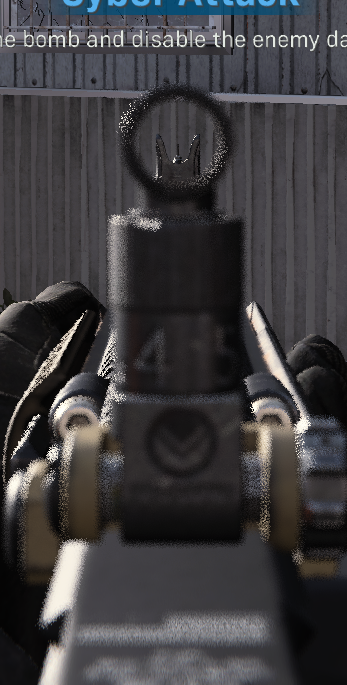 How to fix this visual noise on weapon in new COD MW BETA?

Goto nvidia control panel change 3D image with preview to "Let the application decide" and then apply then in game turn AA to filmic SMAA x2 and filmic strength max should remove it hopefully.

Not sure what platform you're on, but this was an issue I had on Xbox. I figured it had something to do with the game's motion blur, but after disabling the motion blur settings for both the game and the guns, I still had the visual noise. I'm assuming that this has something to do with the smaller beta download, and I've seen visual noise be an issue on betas in the past, most recently with Battlefield V's beta on Xbox. Battlefield V then released with much less visual noise in the final product, so my assumption is this won't be an issue when the game launches.

Not the answer you're looking for? Browse other questions tagged call-of-duty-modern-warfare or ask your own question.

3
How to progress objective nine of Expert Gunsmith missions?
12
What counts as an ACOG Scope?