I got CnC Generals (first decade) running on Windows XP running in Virtual Box. The only thing that is quite annoying is a red, green, or blue transparent layer that gets active when some Chinese, gba or usa troop is anywhere on the visible part of screen. Is that something that is caused by a modification of tfd-103-rev4 ? Can it be disabled by configuration by some magic setting in options.ini or gamedata.ini?

If there is no troop on the current selected part of map the annoying layer disappears. 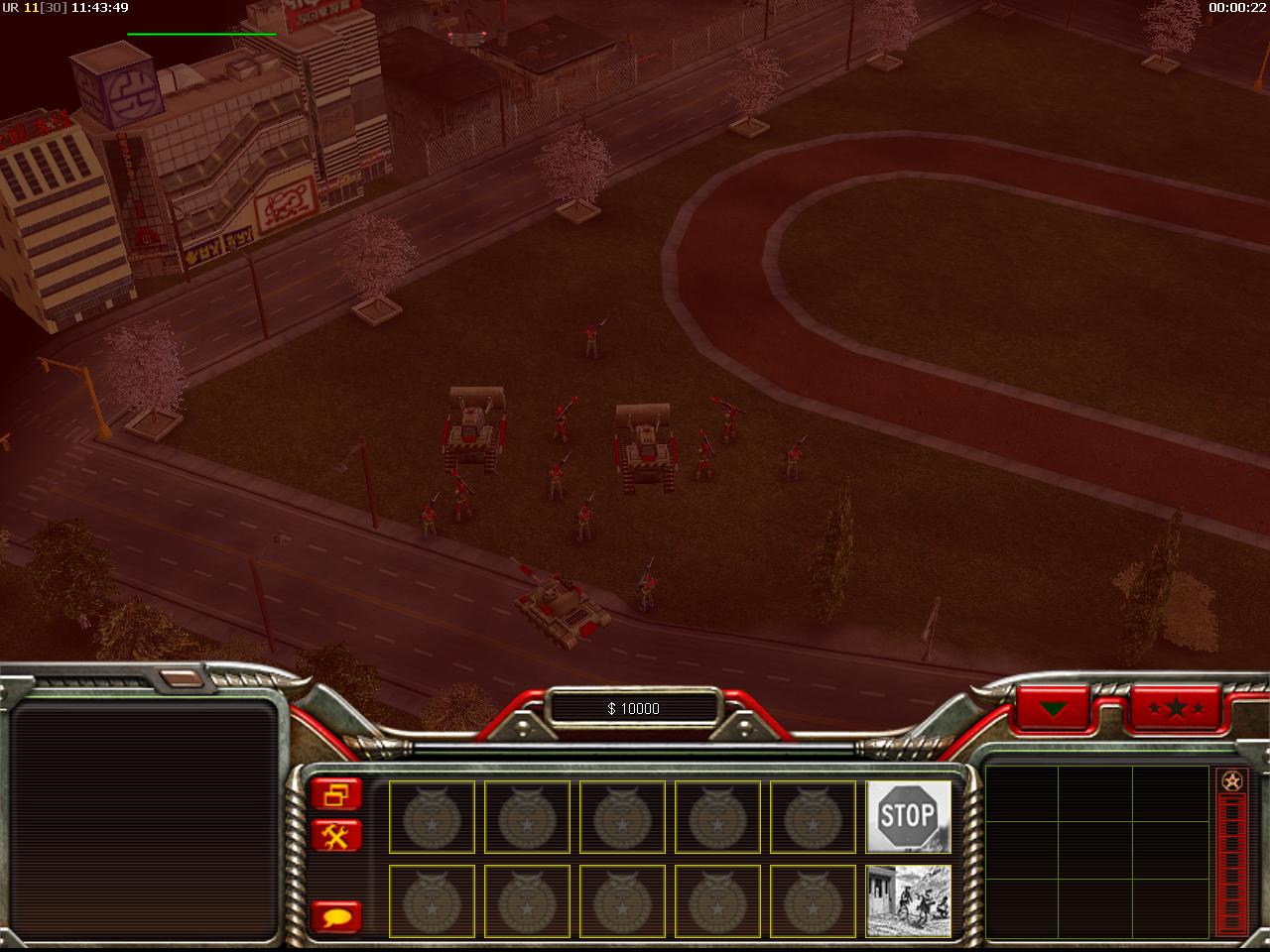 The annoying color layer went away after setting "BuildingOcclusion" in options.ini to "no". That is the config key used by the graphic setting menu for the checkbox "Behind Buildings".

That options.ini is a confing that works flawless with a XP SP3 in Virtual Box: